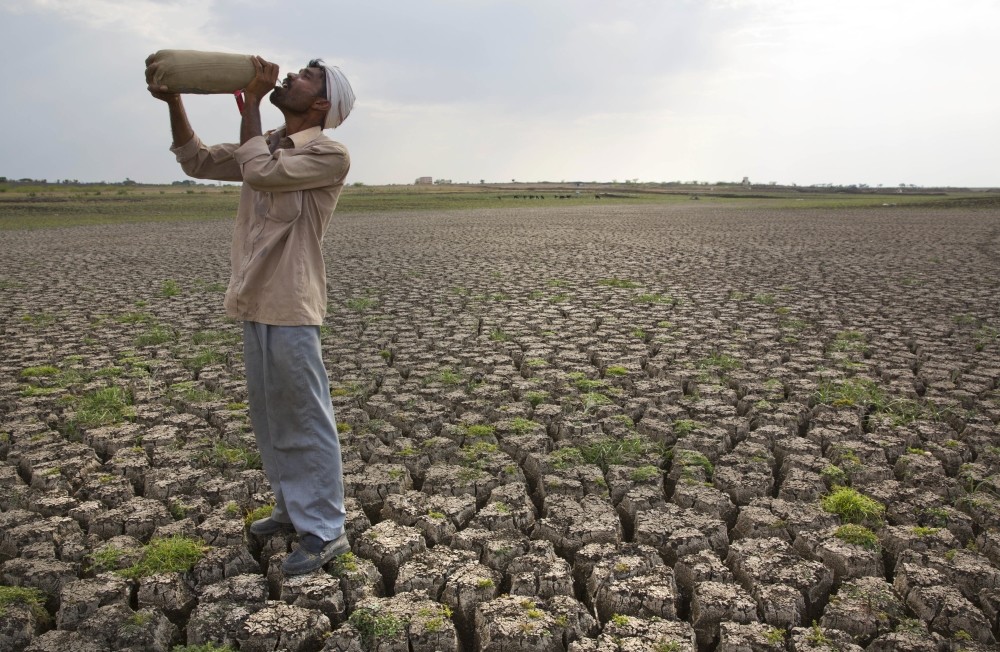 African countries are experiencing the worst drought in more than a century. With worsening climate change and El Nino, which threatens millions of people, especially children, many African countries have declared states of emergency and international organizations are delivering continuous aid

Climate change and El Nino are being blamed for agricultural shortages across Africa. The El Nino weather phenomenon, which occurs every two to seven years, affects rainfall patterns and causes both drought and flooding.

The phenomenon has "created massive needs across the world," the U.N. said in a statement, particularly in East Africa, southern Africa, Central America and the Pacific. "This year's El Nino is taking place in a world already dramatically affected by climate change. More extreme weather events are expected in the future, and these hit the poorest communities - those least responsible for climate change - first and hardest," the statement said, according to Agence France-Presse (AFP). "Aid is not enough; a longer term approach is required in order to build the resilience of the most vulnerable." "It is vital that we scale up our humanitarian response urgently. To do that we need the full support and attention of the international community," he was quoted as saying.

Its effects can be seen in places like Sudan, where the U.N. estimates 400,000 people will need food aid due to El Nino-related drought. Neighboring Ethiopia is experiencing its worst drought in 50 years. In South Africa, Lesotho, Swaziland, Malawi, Mozambique, Namibia and Zimbabwe, last year's poor rains have been followed by an El Nino-driven drought that has delayed planting and stunted crops. 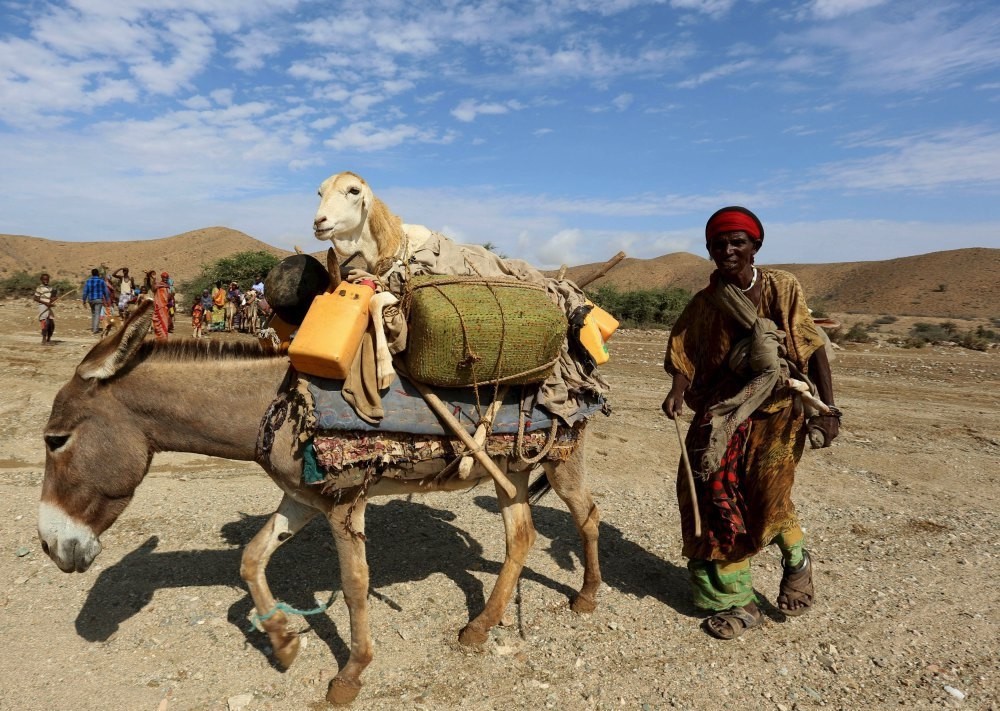 An estimated 31.6 million people across the region are struggling to feed themselves, and the figure is expected to rise to more than 49 million by the end of the year, the International Federation of Red Cross and the Red Crescent Societies (IFRC) said in a statement reported by Reuters. "Behind each unit [statistic] there is a person, there is a mother who is really having this invisible pain to see her children going to bed hungry," IFRC Secretary-General Elhadj As Sy said. The plan to tackle drought in southern Africa is part of a global initiative by the Red Cross to help 1 billion people by 2025 by lessening their reliance on aid.

In India, the dry wells, shriveled stubble of sugarcane fields and withered fruit trees across the region reflect the suffering of hundreds of millions of Indians across at least a dozen other states that are under the grips of a severe drought. Some 400 farmers have killed themselves so far this year in the parched Marathwada region, which is home to about 19 million people. It is located in the otherwise prosperous Maharashtra state. And it is not alone in its sweltering misery.

Monsoon showers, which normally run from June to September, are crucial in a country where 60 percent of the population works in agriculture and less than half the farmland is irrigated.

Consecutive droughts are enough to wipe out most small farmers' meager savings and push them into destitution. In Marathwada, locals say the current drought is one of the worst in living memory. In every village in the region there are several locked and abandoned homes. Tens of thousands of people have been forced to abandon their villages and head to slums in bigger cities to earn a living. Landlocked Marathwada has historically suffered from water shortages, but decades of poor agricultural and water management policies have pushed the region to the brink. In Somaliland and the neighboring, also semi-autonomous, Puntland region, 1.7 million people in are in need of aid, according to the United Nations.

In Somaliland itself, the most affected areas include the northwest Awdal region bordering Ethiopia. Many families there say they are losing their last surviving animals, their livelihood and have little money to work their fields, Reuters also reported.

More than 250,000 people died in a 2011 famine that hit Somalia, a state long plagued by poverty, recurrent drought, hunger and an Islamist insurgency. Some Somaliland residents say this drought is the worst in decades. U.N. Secretary General Ban Ki-moon, who has initiated Humanitarian Summit taking place in Istanbul, has appointed former Irish President Mary Robinson and Kenyan diplomat Macharia Kamau as special envoys for El Nino and climate. Robinson had previously served as the U.N. High Commissioner for Human Rights and as Ban's special envoy for climate change.

Kamau is Kenya's ambassador to the United Nations and former president of the UNICEF Board. He was the co-chair of the U.N. General Assembly working group on sustainable development goals, which includes the fight against climate change. The El Nino climate cycle has raised the temperature of the Pacific Ocean resulting in reduced rainfall across Africa. The effects of climate change are not limited to environmental changes. A World Bank report says that poor countries are more liable to suffer from climate-related disasters compared to countries with average incomes. "More than 100 million extra people could be pushed into poverty by 2030 due to climate change impacts, with sub-Saharan Africa and South Asia the hardest-hit," Reuters reported.
RELATED TOPICS