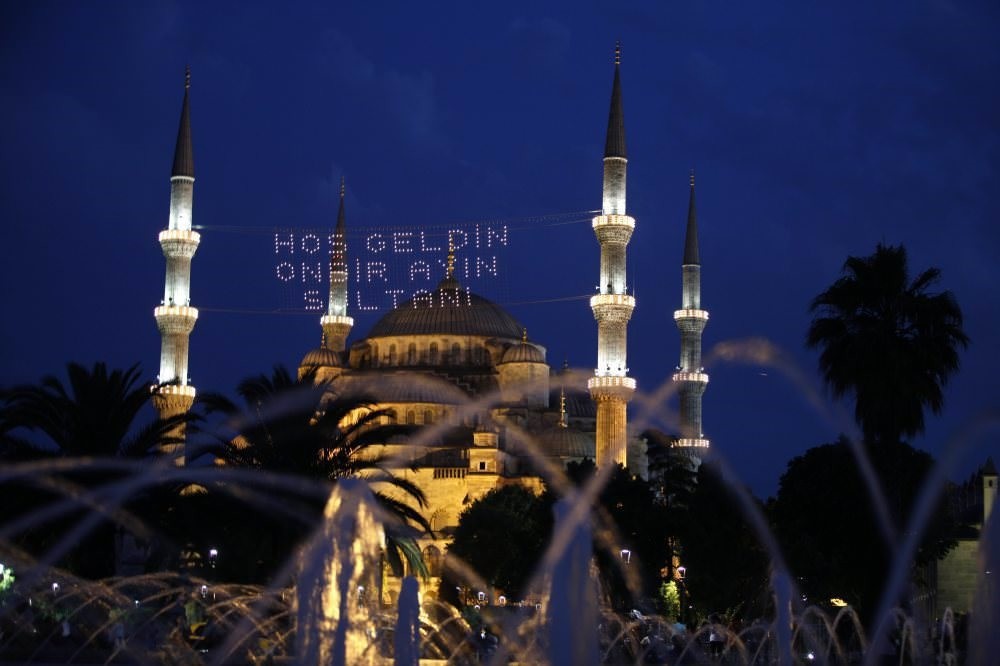 Monday marks the beginning of the month of Ramadan, a holy month for Muslims. During this month people fast during the day and eat a meal at sunset called iftar. Iftars can be individual, with one's family or a large community events. Ramadan is also a time when we think of those less fortunate than ourselves

As Ramadan comes around again this year, I find myself looking back at what I wrote last year:

"Halfway through the month of Ramadan, many iftars have already been hosted. Some have been lavish with rows of forks and knives, indicating the extensive courses to come. Others have been set up on plastic tables in parking lots or on the street with simpler fare eaten with plastic forks and spoons. The cutlery as well as the menu is not really important, however. It is the atmosphere that makes an iftar, an iftar is memorable if there is a feeling of sharing and being together." 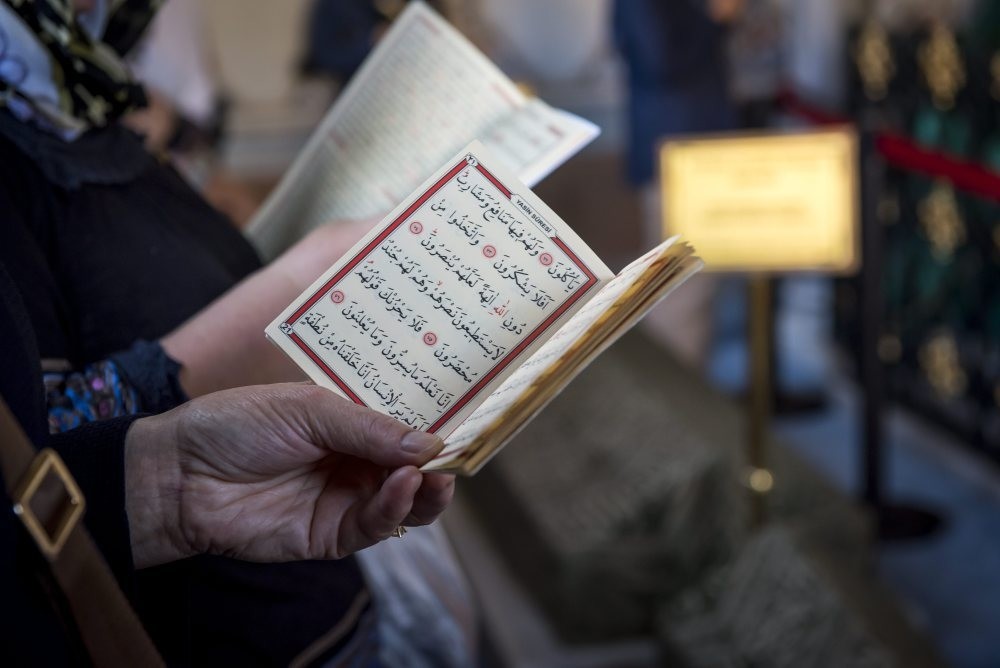 Once again this year we will have the row of fancy cutlery, we will have the picnic tables and the plastic forks. There will be the lavish meals. There will be the simple, humble meals. As Ramadan rolls around, I find myself contemplating the meaning of this month, as well as the significance of the events that have occurred since last year's fasting and feasts. This year perhaps Ramadan will take on a greater significance, a new meaning...

Islam has its own calendar, which is based on the moon. Ramadan is the ninth month of this lunar calendar. The first day of Ramadan begins when the new moon appears. The lunar calendar is 11 days shorter than the solar calendar, so Ramadan moves forward 11 days each year. As a result, each year Ramadan takes on a new atmosphere, a new season as it were. 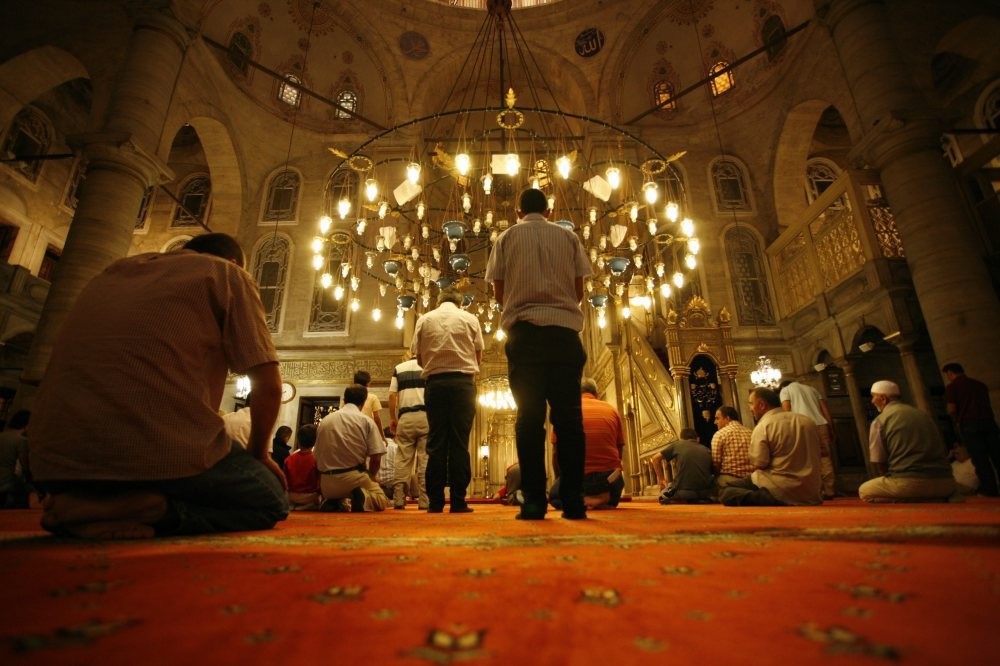 Ramadan is a holy month. There are over one billion Muslims throughout the world, who mark this month not just by fasting and feasting. Ramadan is a month of blessings, it is a time when people give greatly to charity and devote themselves to prayer and good acts.

When the Muslim fasts he/she also exercises control over their will. The fast is not just refraining from eating and drinking, but also involves not losing one's temper, not indulging in idle gossip and avoiding other negative actions.

During the month of Ramadan Muslims share their blessings with others; they contribute money to charity, set up iftars for the less fortunate and make contributions to the local mosque, which passes the charity on to those in need.

Ramadan is a time of repairing fences; if friends or family have fallen out, this is the time when they make peace and re-establish their relationships.

In short, Ramadan is a time to take stock of your life, and to make right what is wrong, whether it be an argument with a neighbor or bad habits. The word "sawm" in Arabic, the word used by Arabic-speaking Muslims for fasting, means to refrain, and this is what Muslims do. They refrain from food, from drink and negative actions.

The hunger and thirst that Muslims experience remind them of those who suffer throughout the year - the poor, the homeless, the refugee - in short, people who cannot fulfill their basic daily requirements. Muslims are reminded to avoid waste and are encouraged not only to establish empathy for those who face hunger on a daily basis, but to actively do something to help them.

The fast is not merely a physical exercise; it is a moral, mental and spiritual exercise. It is a time of cleansing, or purification. It is a time to take account of how one has lived since the last Ramadan and to make amends.

So, here we are facing yet another Ramadan and it is time to take stock.

A fire of war, destruction and cruelty is raging in Syria. There are ever increasingly absurd claims by DAESH that they represent Islam as they ravage parts of Syria and Iraq. There is the insanity of the hypocrisy that runs through every exchange between Turkey and the West.

For example, the vote taken by the German Bundestag to officially refer to the tragedy of 1915 as the Armenian Genocide. How much more convincing the vote would have been if it had not been followed up by statements such as "We will not bow to Erdoğan"....Bruised by accusations of pandering to Turkey to seal the refugee deal, Germany has struck out.

The refugee deal....it is not a good deal, it is not an honorable deal. But not on the part of Turkey. This deal lacks honor on the part of Europe. Europe is paying for Turkey to keep the Syrians out of Europe. Confused by their own embarrassment, they decide to "punish" Turkey (or Erdoğan) by voting on the Armenian matter. However, Germany should not be allowed to forget that they were complicit in the tragedy of 1915, or even

sometimes directly responsible. To quote from the Facing History website: "The highest-ranking member of Germany's military mission to Turkey, General Bronsart von Schellendorf, directly issued orders for the round up and deportation of Armenians. Another high-ranking German officer, Lieutenant Colonel Boettrich, the military chief overseeing the construction of the Baghdad Railway, produced orders to deport the Armenian laborers, workmen, technicians, engineers, and administrators who were working on the railroad."

From one aspect, we here in Turkey should thank the Bundestag....This is the first time in a long time that every newspaper headline is in agreement. Germany has managed to unify the Turks.

And as far as the refugee deal is concerned, if the agreement cannot be reached, the agreement cannot be reached. The burden of the Syrian refugees is more than Turkey can bear on its own. But Turkey will continue to do its best to help the Syrians. The situation in Syria is not of Turkey's making. The Turkish government warned the West, it proposed a buffer zone at the beginning of the conflict. No one paid any attention. And now it is too late.

There appears to be a grim determination in Western media to depict Turkey and its government in the most negative light possible. When Turkey stands up for what is right and proper, the country is seen as holding Europe hostage. When trying to dismantle antediluvian attitudes about women and their roles in the work place and family, the entire story is twisted and made to seem as nothing less than a misogynist reaction to feminism. Instead of depicting the reality - that women are no longer to be told to use birth control, that they are being given the freedom to use or not use birth control as they will - the story is twisted into being the president once again abusing individual rights. However, the reality is that women are being given the freedom to decide if they want to have children or not. The nuances of this debate are lost on a Western audience, which is unaware of the back story. For those of you who do not know the back story, see the article in this newspaper from two years ago: http://www.dailysabah.com/feature/2014/08/09/3-children-2-or-1

Ramadan is a time to put all this nonsense to one side. Turkey does not have a dictator. Turkey is being run by an elected government. There have been many difficulties over the past year; however, once these difficulties can be overcome, the government can go back to helping democracy grow. Turkey's government is democratic; it is inclusive and it is willing to grow and develop its democratic traditions. However, it is hard for people outside to perceive this at the moment; this government is fighting two terrorist threats in the southeast. As if this is not more than its fair share, Turkey is struggling with fifth columnists and other factions that would love to see the Justice and Development Party (AK Party) driven out.

The best comment on what is going on in the world these days comes from the sole Syrian cosmonaut. Muhammed Faris is the only Syrian to have gone into space. Heralded as a hero in 1987, he is now seeking refuge in Turkey.

Faris lived in Russia during his training, and quite liked the Russian people. However, to quote his interview with NPR: "He's stunned, however, by what he's seeing the Russian and Syrian militaries do to his country today."

"I like the Russians, but I'm very upset with the dictator [President Vladimir] Putin," he said. "How can he destroy children's houses, slaughter civilians?"

Faris goes on to say that the big dictator is helping the little dictator.

Faris said something beautiful, though: "There's nothing more beautiful than the Earth," he says. "I've seen it; it's our mother and it deserves to be kept in peace. I've said it many times, and I will always say it: Earth is so very beautiful, and it should be saved."

Not just the earth. The people of this earth, the poor, the homeless, the orphaned, the widowed, the invalid, the young and the old, they too should be saved. This Ramadan, whether you are fasting or not, whether you pray or not, spare a thought for them. Perhaps if everyone stopped trying to score points off one another (i.e. the Bundestag and other such bodies), if they spent less time thinking about their own interests and more time thinking of those less fortunate, the world would be a slightly better place. Call me an idealist if you will. But I prefer to think of myself as a Muslim.