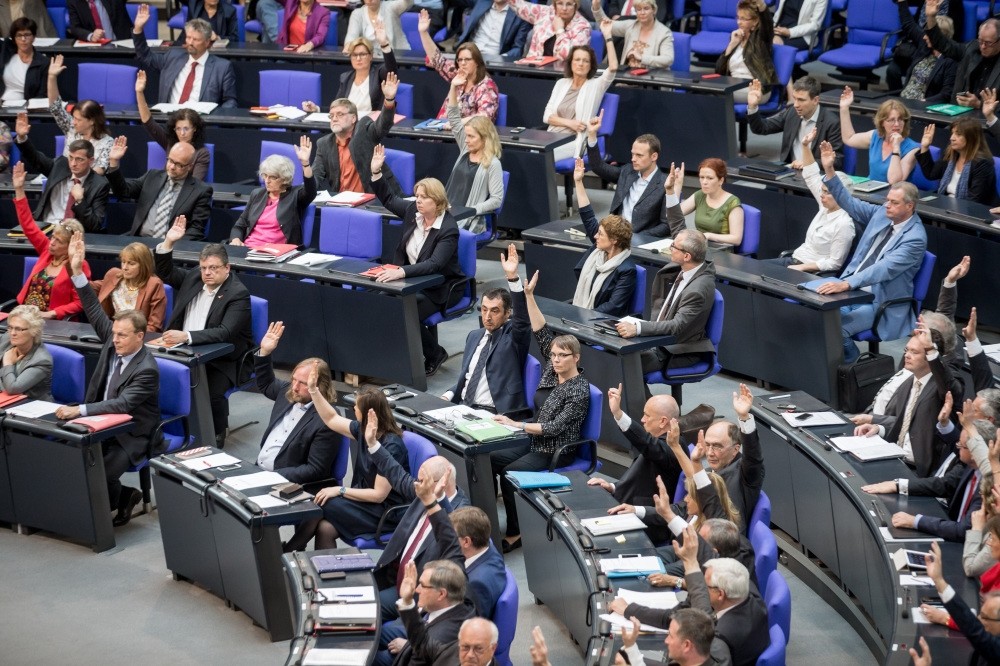 With a facade of contributing to reconciliation, German parliament's declaration that the 1915 incidents amount to genocide has been called unlawful by critics who argue that parliaments are not the place to decide on the definitions of historical events

Rumor has it that in 18th century Prussia, King Frederick II threatened to demolish a humble miller's mill unless she consented to sell it to the king. Upon being rejected, the king furiously reminded the miller that he had "supreme power" as a king and could get the mill from her by force if he wanted. The miller's response to the king's threats is one that made it into the pages of history: "There are still judges in Berlin."

In today's Germany, this proverbial phrase is used to make a reference to the supremacy of the law exercised in the country. Boasting about being a firm state-of-law, Germany has been touting how strong and systematically the judiciary functions in the country and stresses at every chance that it protects human rights.

But going against this bedrock, its parliament last week approved a resolution that recognizes the 1915 incidents as genocide, to the bewilderment of the Turkish community. Although the resolution says it aims to ameliorate the tattered relations between Turkey and Armenia, the motion smacks of political motivations. 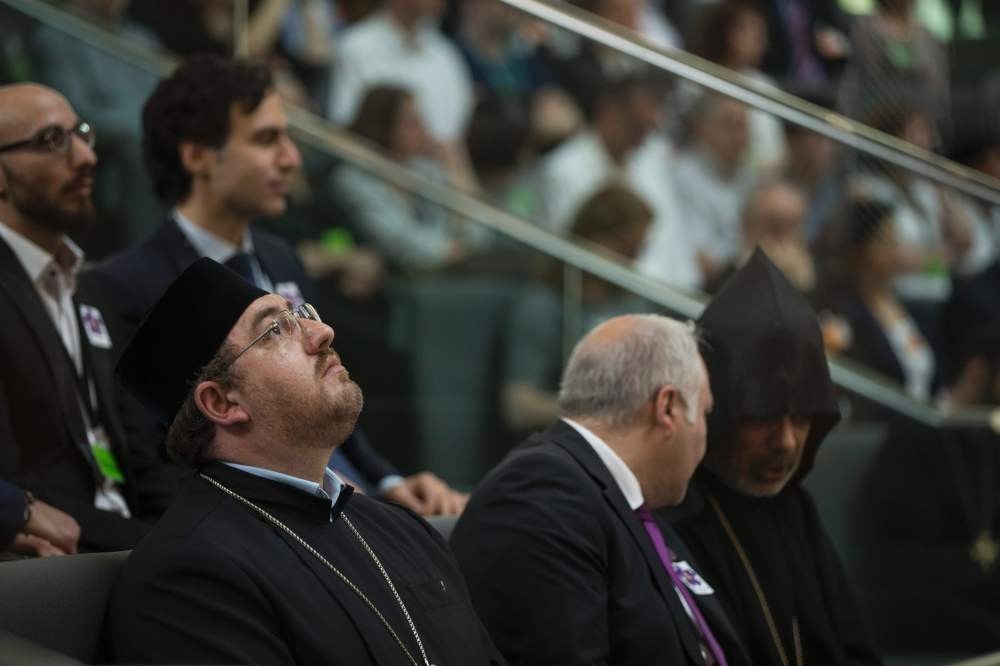 Armenian clergymen during the debate in German parliament.

Turkish officials delivered a series of blistering comments against the German politicians accusing them of acting like "judges" or "historians" by voting for the 1915 incidents in Parliament, which they say is no place to appraise historical events and deliver a judgement - be it in favor of Turkey or against it.

Academic Ali Faik Demir, who specializes in Turkish Foreign Policy and Caucasus says: "A parliament is not authorized to hand down decisions about controversial historical incidents like a court. The resolution lacks legal basis. By adopting such a resolution, German parliament has acted against the principles of the United Nations and the European Court of Human Rights."

Demir further adds: "It's everyone's personal choice whether they want to believe the Armenian narrative of the 1915 incidents or the Turkish. But parliaments are not the places to make such declarations."

The controversial resolution came at a time when German Chancellor Angela Merkel, a staunch supporter of the refugee deal between the EU and Turkey, has been relying upon Turkey's role to stem the illegal flow of refugees to Europe. As such, it is feared that Turkey, which has already lost its enthusiasm over the pledge due to sustained impositions by the West, might nix the accord. What is perceived as the shortsightedness of Germans, the move is also likely to deal a blow to the partnership between the two countries, which Germany must have thought it could afford to risk. Time is yet to show whether the issue will drive a wedge between the pair or will be forgotten soon, but either way, Germany has undoubtedly fallen from grace in Turkey's eyes.

Another significant aspect of the situation is, by adopting the resolution to the detriment of Turks, the government also risked running afoul of a large number of its Turkish-origin citizens - nearly 3.5 million.The matter has also brought under the spotlight the inefficiency of Turkish diaspora to influence German politics.

"It is worthy of regard why 3.5 million Turks cannot influence politics in the country that they live, when the roughly 500,000 Armenians can," Demir points out. "There is something missing here. They either do not mind the issue much or cannot come up with strong arguments to imbue with the Turkish narrative of the incidents to the Germans. It is also hard to expect an organized movement from Turks in a country whose parliamentarians of Turkish origin even vote in favor of the motion."

French historian Maxime Gauin says Turks in Germany failed to see that outcome, but there were actually quite clear signs that an anti-Turkish movement was on the rise in the country.

"German Turks are very numerous, but precisely, it gave them a false feeling of safety. Until last year, the German Turkish organization thought, "They will never dare. We are too numerous." During the last few years, anti-Turkish sentiment in Germany inclined, while the state policy to use the 1915 events as a way to deny the specificity of the Holocaust became obvious."

Historian Norman Stone deems the move simply as "nonsense," saying "it is absurd for politicians to tell historians what to say."

The truth is, this is not the first time a parliament is enacting a law or approving a resolution that recognizes the 1915 incidents as genocide. In similar vein, 22 other parliaments also approved resolutions that billed the events as genocide. The basis of such resolutions are more or less the same: They aim to thaw relations between Armenia and Turkey and hence contribute to peace. Still, few Turks are convinced that the issue is about peace or ending the hostilities. It is a common view that politicians in third countries take the issue to their parliaments via the influence of Armenian diaspora or some use the matter as a tool in their relationship with Turkey.

Armenian diaspora, which are specifically powerful in some countries, have been pushing their cause to parliaments in unremitting efforts to get the world to recognize what happened 100 years ago during World War I in Anatolia as "genocide." They do so to attain reparation, which constitutes the primary objective of their systematic works alone. Their demand is believed to even go as far as territorial claims.

Late Turkish-Armenian journalist Hrant Dink, in his book "Two close communities, two distant neighbors," condemns the efforts of diaspora to pressure third countries' parliaments to recognize the Armenian genocide and said it was unsettling to see the "pain of his ancestors" become a political tool. He also argued that each parliamentary decision was an impediment against the restoring of Turkish-Armenian relations.

"It should not be disregarded that the 1915 incidents have become capital in helicopter bids, election stages and interest calculations of third parties," Dink said.

The 1915 incidents is a troublesome legacy the Republic of Turkey inherited from the Ottomans. Interestingly enough, the founder of the Republic, Mustafa Kemal Atatürk, and his brethren, who adopted secularization as a state policy and denied every component of Ottoman identity - down to its alphabet - approached the 1915 incidents as its own national issue. Since the onset, Turkish officials felt responsible to defend their ancestors against what they called "false accusations." Turkey stringently argues that the 1915 incidents do not amount to genocide.

The United Nations Genocide Convention defines genocide as "acts committed with intent to destroy, in whole or in part, a national, ethical, racial or religious group." So what is determining in an act to be considered as genocide, is to have a plan behind it.

The Committee of Union and Progress (CUP), which came to power through a military coup d'etat in 1913, was the authority that led the war and ordered the deportation of Ottoman Armenians. Thousands died as result of attacks and dire circumstances of a painful journey. Based on the definition of "genocide" historians have been trying to explain whether the CUP "intended" to decimate Armenians by the deportation order or was it simply a measure to handle the Armenian rebellions under war circumstances. Since there has been no consensus, two narratives have emerged.

The Armenian narrative mostly rests on a book named "The Treatment of Armenians in the Ottoman Empire, 1915-1916," that contains memories and documents on the incidents. Vicoun Bryce, in the preface of the book, says the content is reliable because the"evidence" that were collected were obtained by neutral sources that had a chance to observe the incidents. He also argues, the eye-witnesses accounted their stories shortly after the incident while they were still fresh in their memories. It is also asserted in the preface that the stories were told by different eye-witnesses - who could not possibly know each other.

Turkish historians consider the book as a "book of propaganda, saying it is highly biased given it excludes the atrocity Turks were subjected to by the Armenian nationalists. Professor Aysel Ekşi in the preface of the book "Historical facts with documents and witnesses," for which she is the editor, claims the stories in the book are second-hand stories and thereby cannot be counted as evidence for genocide claims.

Most Turkish historians acknowledge that during the relocation process thousands of Armenians lost their lives and that it was a big tragedy. But they argue against a purpose by the government to get Armenians killed during relocation. Ekşi says, if it were intentional, the officials responsible for the killings would not be put on trial.

The decision to relocate the Armenians was not applied to all Armenians, the former head of Turkish History Institution, Yusuf Halaçoğlu, claims in his article, "1915 genocide claims." He says it was restricted to the war zones and the document of relocation procedures order maintaining the security of Armenians and their properties.

In short, there has been no consensus for a hundred years among historians over how to brand the 1915 incidents. As such, when parliaments take one narrative for granted - which is the Armenian - and declare the events tantamount to a genocide, it not only acts partially, but also unlawfully.Thereby, Germany, as a strong state of law, has doubtfully contradicted the principles that it said it pursued.