Not A Man's World 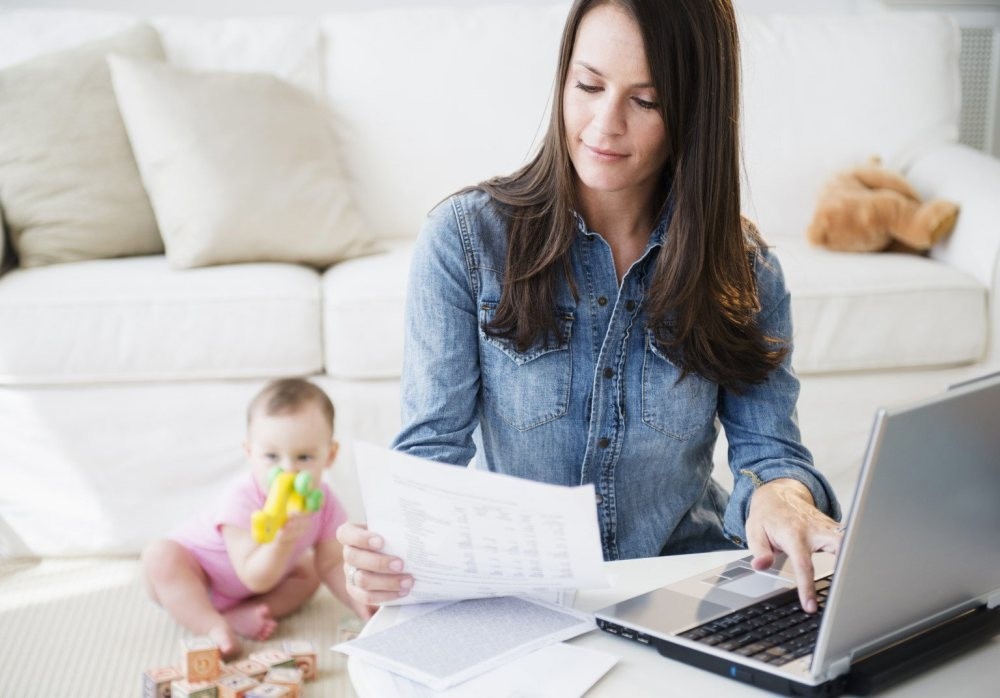 This week has shrouded Turkey in grief, a time when heinous attacks were carried out against the innocent, taking a number of lives, even the unborn. But the subject here is once again that of women; women at home, women in the workplace, women who are fulfilled and content with or without children, in or out of employment

Last week the president stirred up a hornet's nest, once again. While speaking at the opening of the Women and Democracy Association's (KADEM) new center, he said that "To deny motherhood is to forgo half of humanity. I will go further and say that it is to renounce all of humanity. Without mothers can we talk about humanity? The position of a woman in working life should never push her identity as a mother to the background."

Many women, needless to say, were upset by this speech. How can the president stand in front of women and claim that women who do not have children, either by choice or otherwise, are deficient? That they are lacking in some way.

Actually, although the president did say that women who reject motherhood are "deficient" or "lacking," these statements need to be taken in context. Sometimes context is not important. But sometimes it is the vital element that gives us a clue about what is going on. In Turkey, ignoring the context, the backstory, as has so often been stated here, leads only to greater confusion.

The backstory is simple. It is something that we have discussed many, many times. Pre-2000, women in Turkey were being encouraged to give birth to fewer children. Women in Turkey were encouraged to undergo sterilization processes so that they would have only one or two children. Having one or two children was called "modern;" it was called "educated," it was called "progressive." Women underwent multiple abortions - as many as 10 or more - to be "modern," to be "educated," to be "progressive." But since 2002 the situation began to change.

Today in Turkey women are encouraged to have three, or perhaps even more, children. However, unlike many European countries, the one-off "gift" of TL 300 ($100) given to mothers on the birth of their first child cannot be seen as being equal to the monthly stipend used in many European countries to encourage higher birth rates.Lacking such a monthly payment from the government, President Recep Tayyip Erdoğan's words can only be perceived as words of advice. This advise has not been acted upon by the government with the introduction of regulations, practices or laws.The issue as to whether it is his job to provide such advice is another question, another debate. Some would say yes it is; others say no it is not.

But to get back to the matter in hand; the president has said that women who choose not to have children are "deficient", are "lacking."

Or has he? Is he really saying that if a woman is unable or unwilling to conceive a child and bring that child up that she is deficient?

No, what the president is saying is that a woman who has been forced for economic or social reasons to choose a career over being a mother has been forced to forgo part of her nature. There is no discussion here of women who prefer not to have children. The issue in question here is women who pursue a career rather than being a mother because, and solely because, the workplace is not mother/woman-friendly.

The employment of women and the investment in women's education and employment is a global problem. Many women start out working and then decide to start a family. They examine the different options available, including working part-time or flexi-time.

In Turkey, the introduction of extended maternity leave and the ability to work flexi-time until the child starts school for women working in government employment has added more options. What a pity that the private sector is lagging behind.

While examining the options of working full-time, part-time or flexi-time, women also examine costs and benefits. There is a necessity to consider the tradeoffs; sadly, this is because, despite what advertisements and American television programs would have us believe, we cannot "have it all."

And then there is what has been called the "mommy track." The mommy track means taking a less ambitious job, one that does not pay so well, but which is more flexible, allowing a woman to work and be a mother.

The fact that throughout the world some women opt to drop out of employment altogether means that employers - again throughout the world- leap to the assumption that all women will behave in this way. Thus, there is a feeling that any investment in training women for the labor force is wasted, as they will only get married, get pregnant and leave.

By the millennium the percentage of women who did not work outside the home was 23 percent, an all-time low; however, despite predictions that this rate would continue to fall, in 2000 it started to rise. According to Pew Research Centre, the number of stay-at-home mothers has been steadily rising.

Another interesting factor is that in another study, carried out by the International Centre for Women Business Leaders at Cranfield School of Management, it is stated that half of the women in senior positions in investment banking have no children.

This number compares with the larger societal ratio of 1/5 of women remaining childless.

One investment banker made a pertinent point: she stated that if one is organized, the macho world of 24/7 is not necessary. In her words, the workplace is just one more place designed for men to suit men's needs...it is a system created by men, for men.

This is where women have difficulty. They want equal pay. They want equal opportunity. But they do not want to work in the same way as men. It is indeed this very issue that President Erdoğan was referring to a few years back (again talking at KADEM) when he said "men and women are not equal." If one reads the entire speech, nowhere does he say that women should not have equal pay or equal opportunities to men. He is simply saying that men and women cannot be forced to work and function in an equal manner. Women have the added role of being mothers, and thus their needs should be catered to. If the rest of this first KADEM speech is read, the president clearly states that women should be given opportunities to nurse and care for their children in the workplace. That is, women should be encouraged to do the same job as men and for the same pay, but with different conditions.

"Some women will elect to sacrifice or forgo family in the pursuit of career or career in the name of family; others will look for compromises that allow them to juggle the two roles. The increased proportion of women in the labor force will call attention - in the breach - to the essential social (and economic) roles they have hitherto played in families and communities. As more women earnestly pursue careers, the disruption this may mean for the lives of husbands, fathers and children could place an appreciable burden on corporations to establish their own programs to fill in the gaps in child care and related social services, or to offer more flexible work arrangements and parental leave policies for women and men workers."

This is what the president is addressing. It seems to me, an outside observer, that he is trying to stir up debate on this matter. To start a conversation about women's roles in the workplace. Does a woman have to act like a man to get a job? In other words, does a woman have to give up being a mother? Does she have to make such a choice, a choice that no man has to make? No man has to take leave because he is a father. He is allowed to take it, but physically is able to continue working. It is time that the employers take up some of the responsibility and help women to be mothers and productive members of the work force - IF that is what the women want. In the same way that no one should force a woman to forgo having children, no one should force her to have children.

President Erdoğan is in good company. Ironically, a person who spoke out in the same vein is a celibate man - perhaps one of the most famous celibates - Pope Francis. "A society with a greedy generation, that doesn't want to surround itself with children, that considers them above all worrisome, a weight, a risk, is a depressed society.The choice not to have children is selfish. Life rejuvenates and acquires energy when it multiplies: It is enriched, not impoverished."

There are good reasons why both the Turkish president and the Catholic pope are concerned about falling birth rates. Although some countries have purposefully brought birth rates down by improving women's rights, there is a global concern that when women are encouraged to enter the career path there will be a fall in birth rates. Demographic transition theory states that as a country undergoes economic development the population growth declines. And perhaps this is the reason that some countries - in particular, European countries - are trying to increase birth rates by other means, including monthly stipends to mothers.

What concerns President Erdoğan and Pope Francis alike is the worry that women are being forced to choose between being a mother and helping to give birth to and raise future generations or being a productive member of the work force. Men do not have to make this choice. Men can participate in the work force and help (most of the time) in raising future generations. But women are cornered. The only solution is for state and private enterprises to make the workplace less man-oriented and more women-friendly. Establishing creches is only the first step. The working hours and conditions for women need to be rethought. Businesses have to rethink how best to function - and this is the only way forward. Women make up 50 percent of the society. If they are not included in the workforce it is no longer possible for any country to grow or thrive.

The Turkish government has passed many laws that help women working in government offices; the private sector is lagging behind. From taking on interns (preferring men to women, as women will get married and leave, thus not being worth the investment) to promotions, the private sector in Turkey is a male dominated world. Women need to have the work place rethought and redesigned - and perhaps it is the women who should do this, as the men have had plenty of chances to do so.
Last Update: Jun 14, 2016 2:54 pm
RELATED TOPICS