Religious relics on exhibit at Turkish and Islamic Art Museum 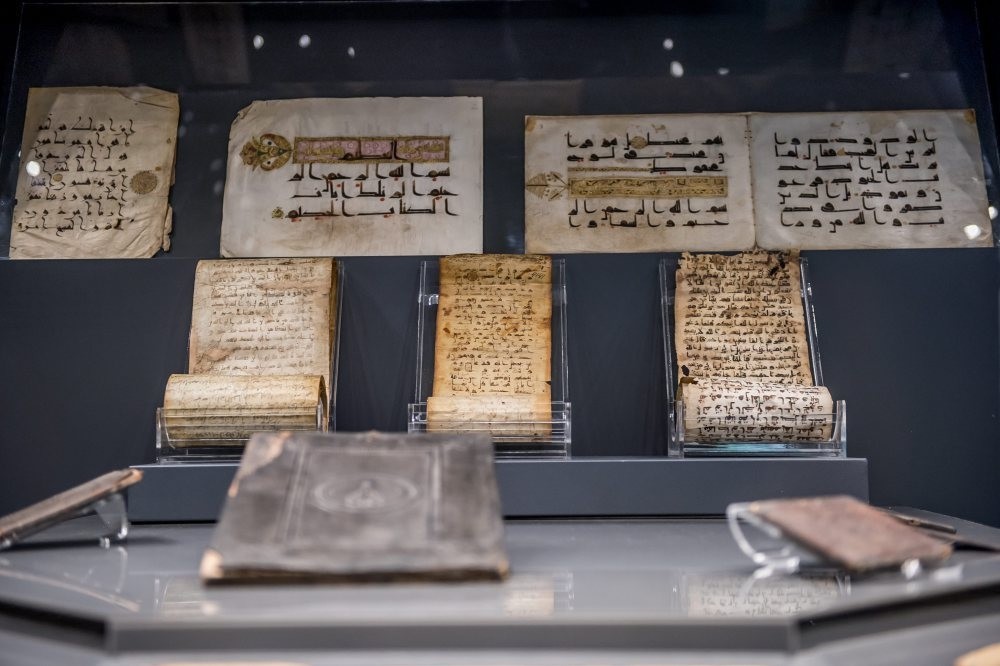 The Turkish and Islamic Art Museum in Istanbul's Sultanahmet Square has religious objects from the early period of Islamic art to the 20th century, featuring old manuscripts, early copies of the Quran and beautiful tiles

I recently paid a visit to the Turkish and Islamic Art Museum, located across from the Obelisk of Theodosius in Sultanahmet Square. The building dates back centuries, although its exact construction date and architect are unknown. Built on the remains of the Roman hippodrome in Atmeydanı (Horse Square), the historic building was restored by order of Süleyman the Magnificent as a gift to his grand vizier, Pargalı İbrahim Pasha. Named after its owner, the İbrahim Pasha Palace hosts the Turkish and Islamic Arts Museum in its second courtyard.

The last museum opened during the time of the Ottoman Empire is 102 years old. Today, it operates under the direction of Seracettin Şahin, who welcomed me on my visit. Touching on the museum's history, he said that the decision to erect the museum was made by a commission under the presidency of Osman Hamdi Bey who founded the museum near the end of the 19th century. At that time, the authorities faced challenges protecting artifacts in historic buildings, mosques, dervish lodges and tombs that were regularly targeted by thieves. In 1914, the museum opened inside a soup kitchen operating in the Blue Mosque Külliye (Islamic social complex), "Evkaf-ı İslâmiye Müzesi." 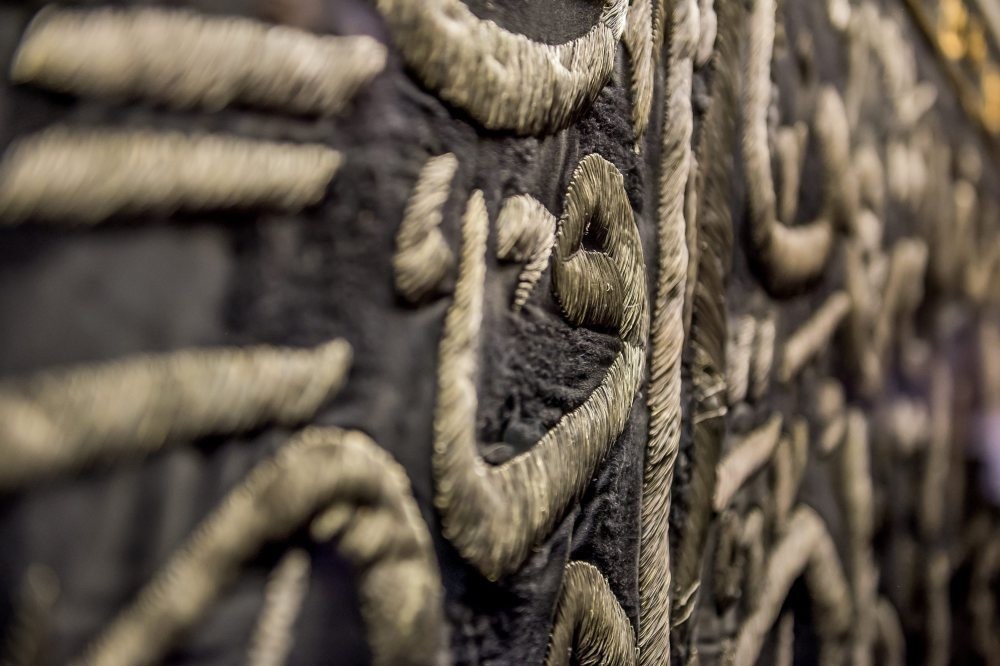 A kiswah (a cloth covering the Kabaa)

During the republican era, the museum was named the "Turkish and Islamic Arts Museum." In 1983, the museum relocated to its current location to accommodate its increasing number of ancient artifacts.After learning more about the history of the museum, we headed to the ground floor where the remains of the ancient hippodrome lie. Şahin stated that an excavation was conducted during building restorations between 2012 and 2014. "Following the excavation, the vaulted remains of the western benches of the hippodrome were unearthed, and we turned this place into one of the exhibition venues in the museum," Şahin added. Information boards and drawings accompany the display of the hippodrome remains, which are characterized as a late antiquity masterpiece.

Pointing out the remains of a bench, Şahin said: "These stone sections are the seats on the bench. The hippodrome had a 50,000-seat capacity, and there were corridors for spectators underneath the bench." As we climbed upstairs to the second floor, known as the second courtyard of the İbrahim Pasha Palace, a statue dating back to the 13th century, a Seljuk Lion, saluted us. Photographs and personal information about the founders of the museum welcome visitors at the entrance.

Our tour of the museum began in the Samarra Room. Then we moved to Al-Raqqah, the pearl of the Euphrates River and the famous ceramics center, and saw Quran manuscripts dating back to the Umayyad Caliphate and the Abbasid Caliphate. In the "Damascus Documents" section, we studied examples of Quran sheets that are considered the first copies of the holy Quran. "The Damascus Documents were brought to Istanbul via train by the founding member of the museum, İsmail Bey, in 1919 during World War I. The collection displayed in the museum has roughly 250,000 documents," Şahin said. As you see artifacts from the rich collection featuring works from the Artuqids, the Ayyubid dynasty, the Seljuks, the Mamluks, the Ilkhanates, the Timurid Empire, the Safavid dynasty, the Anatolian Seljuks, the Ottomans and the early 20th century, you feel as though you are on a journey back in time. Manuscripts, ceramics, carpets, wooden objects and many other rare artifacts in the museum await visitors. Do not miss the Sacred Relics section of the museum to experience a unique spiritual atmosphere. Similar religious relics can also be seen at the Topkapı Palace Museum or Eyüp Sultan Mosque.

Highlighted items at the museum 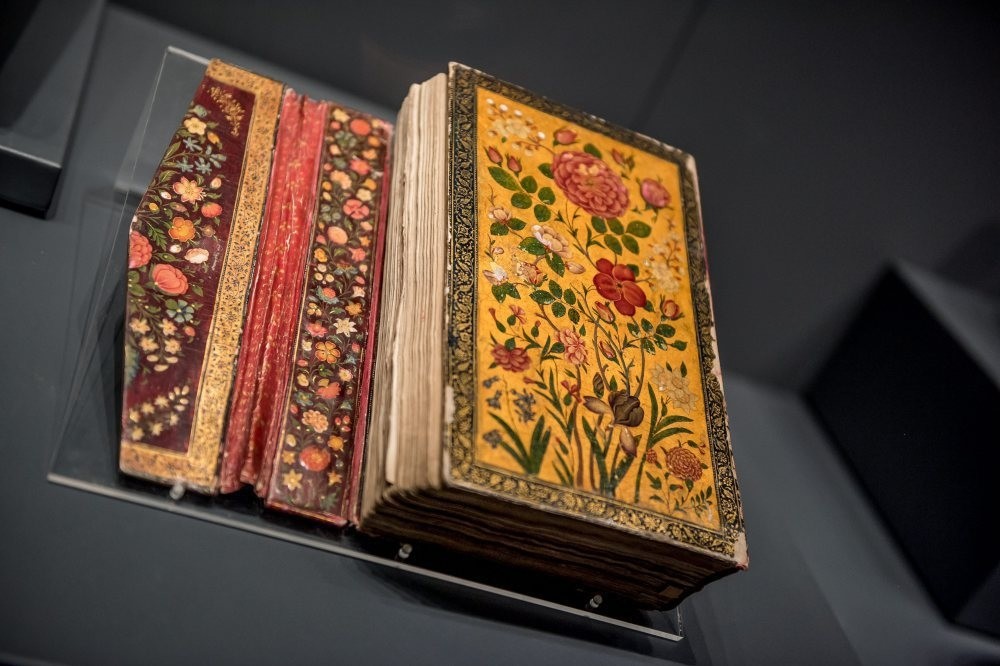 - As soon as you step into the "Sacred Relics" section, you hear the salawat. This section puts covers of Kaaba used in different periods on display. The video installation features the Quranic verse of the chapter titled, Al-Anbiya, which reads, "And We sent not before you, [Muhammad], except men to whom We revealed [the message], so ask the people of the message if you do not know."

- The most popular section of the museum is a room that displays the Prophet Muhammad's hair. Special hilyas, a kind of religious description, shows the prophet's features written in a beautiful way.