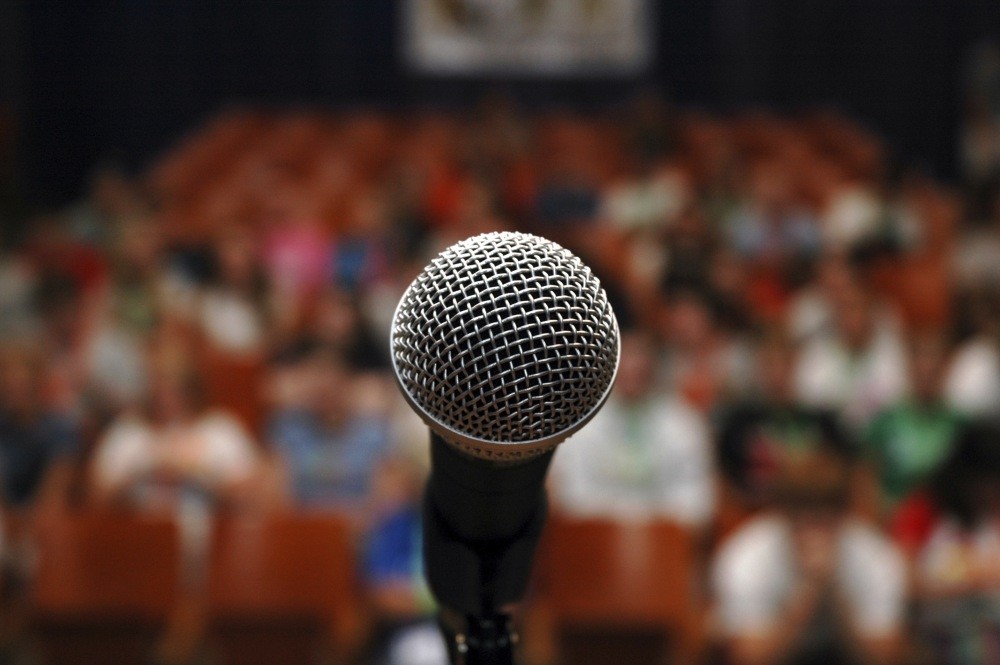 Glossophobia, or speech anxiety, is a very common fear that many people have at different levels. As a prominent platform in public speaking, Toastmasters International holds sessions in Istanbul to empower individuals to become more effective public speakers

Is there anything more frightening than death? Some people might argue that public speaking is even worse than death itself. It has been estimated that 75 percent of people experience some degree of anxiety or fear of public speaking and rank it as more fear-inducing than dying. The official term for this, glossophobia, is the fear and anxiety associated with having to address an audience of people.Buckled knees, sweaty palms, a quivering voice and even nausea are just a few of the traits associated with glossophobia. In a society that contains introverts, extraverts and even ambiverts, the fear of public speaking is just another challenge that leaves no man unscathed. There are thousands of how-to books and websites that offer information about the characteristics of a good public speaker, with the majority of resources stating, "practice makes perfect." The reality is that as with any other fear one must be equipped with the tools to practice perfection. 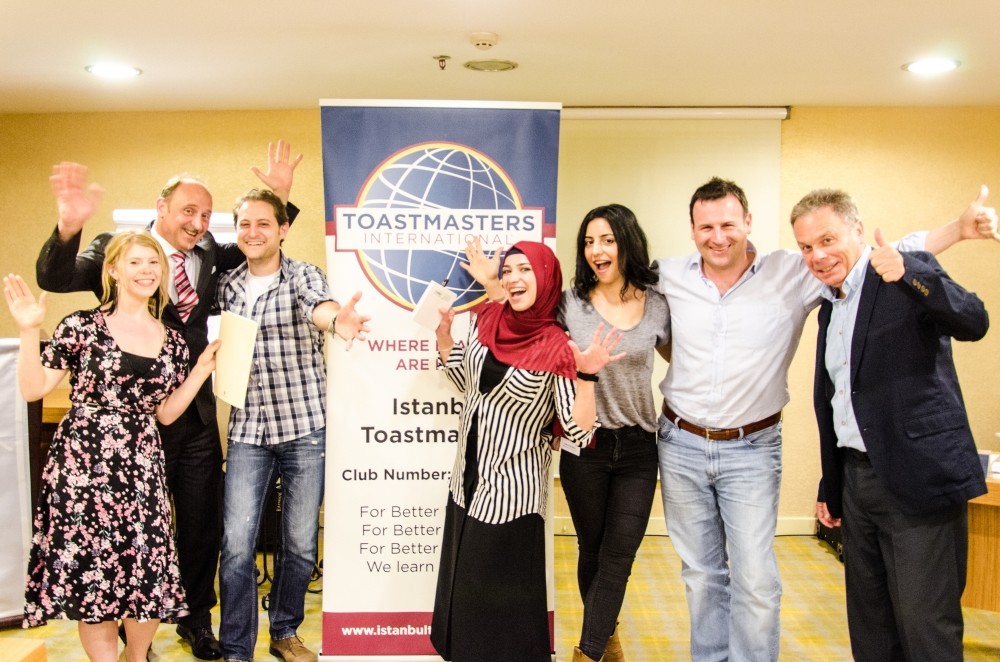 Toastmasters International is one of the world's three leading courses in public speaking, offering training courses in collaboration with Australian Rostrum and POWERtalk International. Toastmasters International has over 15,400 clubs in 135 countries. It all started in 1905 when Ralph C. Smedley, director of education at the YMCA (Young Men's Christian Association) recognized that the men in the community needed guidance to assist them in improving their public speaking skills, conducting meetings and team leadership overall. With this in mind, Smedley organized a club where members would feel safe enough to practice utilizing the skills and techniques they gained from the courses. The gathering was titled Toastmasters in reference to the person who gives the "toast" at banquets and other formal events that require public speaking. Each member of the club took terms in speaking and leading the club while the more experienced members evaluated the short speech and gave feedback. It was not until 1924 that the club became official, arousing the widespread interest of people in surrounding communities, and to meet the growing demand, Smedley wrote the speaker's "Manual of Instructions" as well as "Ten Lessons in Public Speaking," securing the copyrights to the publication; and the name "Toastmasters Club" became a trademark.

Today, there are three active clubs in Istanbul alone, where members from various professions come together with one objective: to become better speakers, thinkers, listeners and leaders. The club embarked on its Toastmasters journey with a person called Matt and his friend, who fell victim to his fear of public speaking in 2007 when the club barely had enough members to stay afloat. But as all struggles go, it's always darkest just before the dawn, and eventually the club saw the light of day. Now, Toastmasters' Istanbul is one of the largest clubs with over 20 members who meet twice a week at the Gönen Hotel in Taksim to let their voices be heard. Team President David Gökçedağ, with his team of exceptionally capable members, follow the Competent Communicators Program to help members reach their specific goals. The program is well-structured and new members are always warmly welcomed. Upon registration, each member is assigned a mentor who they are certainly not limited to. The program is designed to ease individuals through a series of tasks into becoming successful speakers in a trusted and safe environment. The criteria is thorough, with each individual delicately assessed on fluency, content, use of language, grammar and numerous other criteria. As the member gains confidence the tasks become more challenging and speech duration is extended. Each session is recorded and feedback is given by more experienced members on what could be improved and what was done well.

Toastmasters is not just about delivering pre-written speeches that have been practiced in front of a mirror for days. There is also a segment called "Table Topics" where members are called on at random to give a short speech on topics given on the spot. By this stage of the program, members should be confident enough to do so. Light, entertaining games are incorporated into the training to enhance everyone's experience, including features such as the word-of-the-day, which is chosen prior to the delivering of the speeches and given to participants to be incorporated into their speeches. Once the word is uttered, listeners must acknowledge the word by clicking. The evening is concluded by all members voting on various criteria such as best speaker, evaluator and table topic presenter. Upon completing all the modules members receive a certificate acknowledging their participation and success. Toastmaster also has an annual international competition in which successful members compete to be the toastmaster champion. Public speaking is without a doubt daunting but to be able to walk into a room with sweaty palms and buckled knees and graduate on stage by giving a speech to hundreds of people is a testament to the success of the program.
RELATED TOPICS