A travel diary from Maghrib to the Atlas Mountains 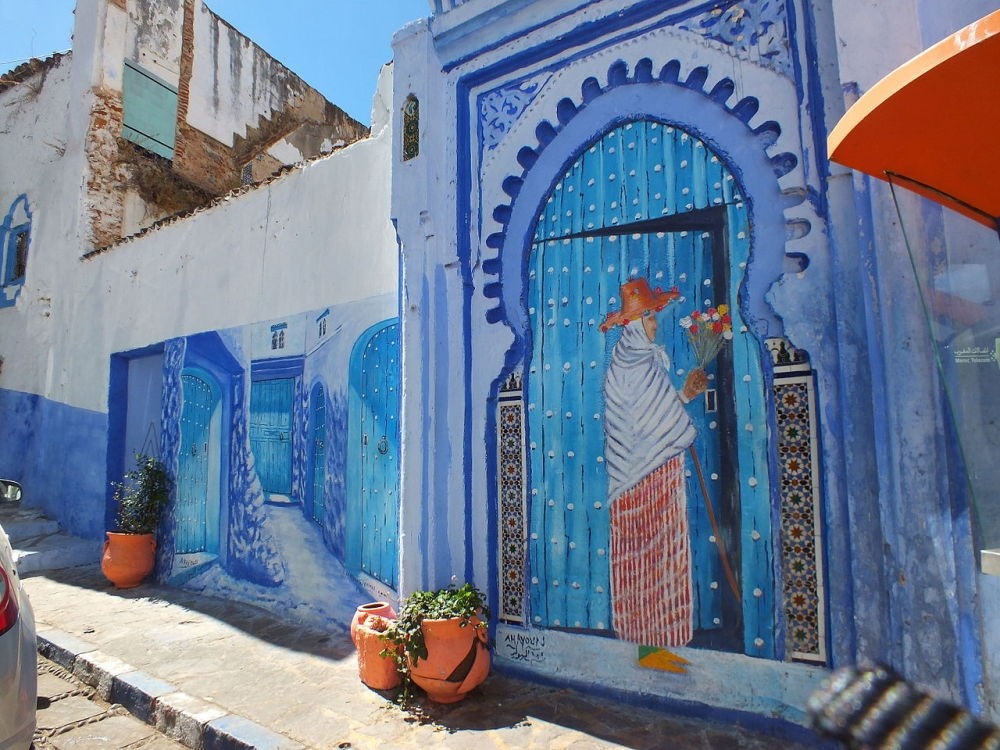 A diverse country in North Africa, Morocco has everything to satisfy a traveler's needs from its mystical atmosphere and colorful, narrow streets to Andalusian-style mosques

The Kingdom of Morocco is a very ancient state. King Mohammed VI, who descended from Prophet Mohammed's grandson Hassan's family, was a widely beloved figure among the public. In English the country is called Morocco, coming from the city of Marrakech. Moroccans call their country Maghrib, and in Turkish it is Fez, because the Ottoman incursion reached the borders of its ancient capital city of Fez. Maghreb literally means "the place where the sun sets" in Arabic.

Moroccans include native Berbers, Arabs that conquered the region in the eighth century and Muris, who arrived in Morocco following the loss of Andalusia. Muris are known to be fair and blond with blue eyes. In Morocco, Arabic, Berber and French are the official languages. Berbers have their own alphabet and Morocco was a French protectorate for many years. 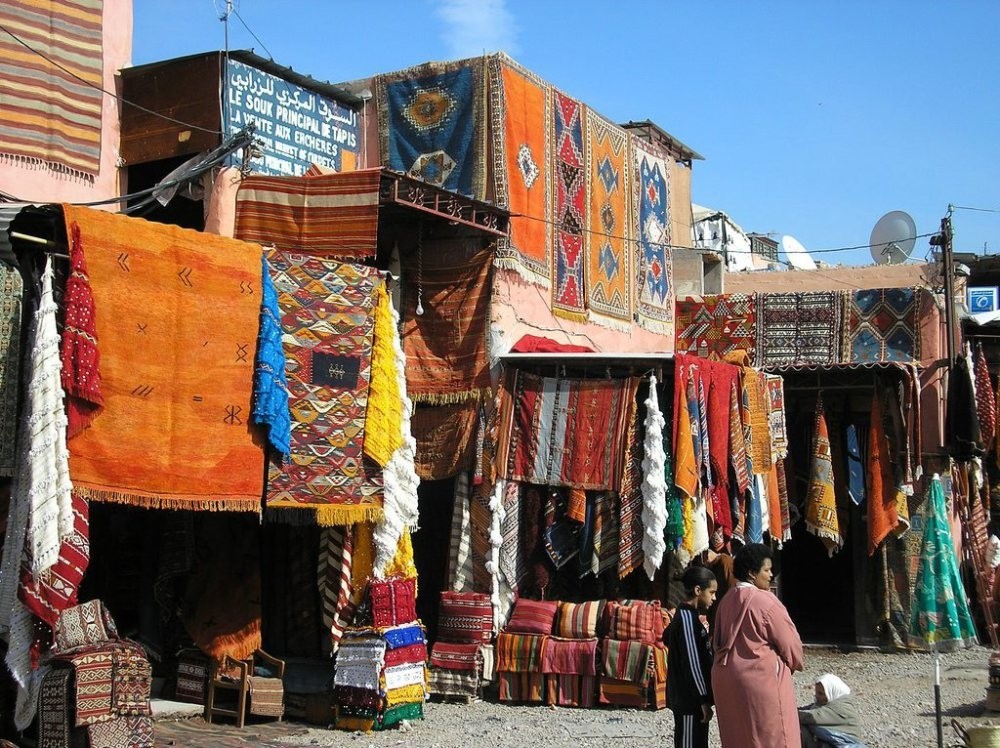 A courtyard with a fountain in the middle is typical of Andalusian-style pillared mosques. Small stones catch the eye and people with disabilities perform "tayammum" (dry ablution) with them. Mosques are open only during prayer hours to avoid people from sleeping or having political meetings inside. Most people are religious. Arab invaders brought Islam to Morocco in the seventh century. The country also has Christian and Jewish minorities.

Almost all women and men wear hooded traditional clothes called "djallaba." This interesting outfit, also known to Europeans through Andalusia, is similar to those worn by monks. Some people still wear fezzes, but not as much as in the past. When they come across Turks, they ask them about the Turkish TV series, which are popular in Morocco.

Two dishes are quite famous in Morocco - "tajine," a type of stew cooked with meat and vegetables, and "couscous," which is a small pasta or rice like dish made of small steamed balls of semolina. Boiled snails are a popular street food. Moroccans drink green tea with sugar and mint. Argan oil extracted from Argan tree kernels is also quite famous. 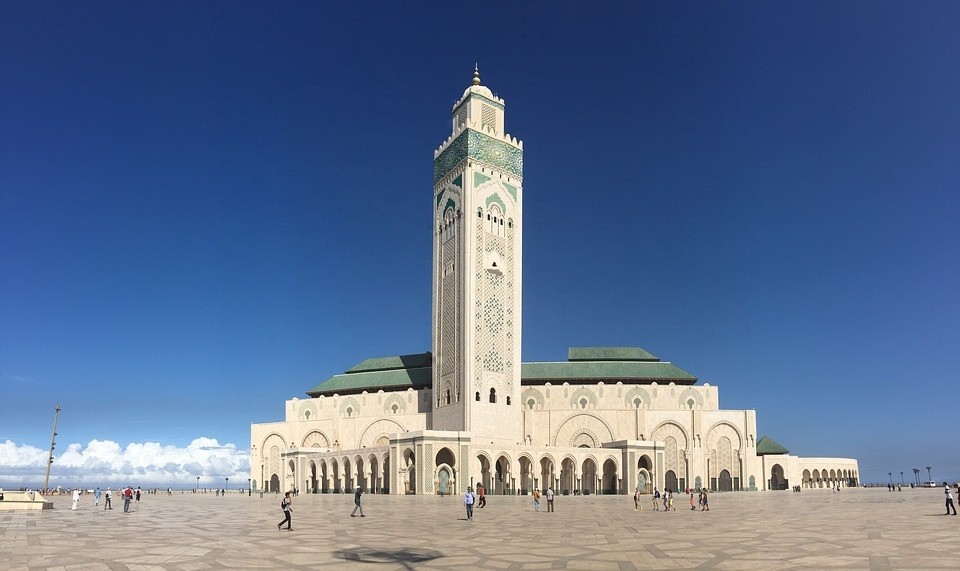 The bazaars are hectic and cheaper compared to those in Turkey. Just like other Middle Eastern countries, there is quite a bit of room for bargaining. Many people are poor and there are a lot of beggars. Someone will ask for money if one catches their eye for a moment. However, it is safe, clean and worth visiting.

Tangier is a coastal town on the Mediterranean with banana and orange trees, mild weather and cafes. It is cleaner and has a more European atmosphere compared to other Moroccan cities. Tangier has been a commercial city for a very long time and has long been a favorite spot for European bohemians, writers and artists. Morocco is the first country that recognized the U.S.'s independence and the U.S. opened its first diplomatic embassy, the American Legation, in this city. Now the embassy is run as a cultural center.

Mendoubia Gardens in the middle of the city is a nice place. Just like every other Moroccan city, the castle neighborhood is called Kasbah. The grave of famous traveler Ibn Battuta, who travelled through Asia and wrote his experiences in his travel book in the 14th century, is in Tangier.

A high number of security checkpoints are set on intercity highways. On the way there are lush villages, villagers and grazing animals. The villagers wear Andalusian-style hats reminiscent of a funny straw hat with flowers.

Situated between Tangier and Fez, Chefchaouen is a mountainous town with narrow streets and blue houses and has a mystical atmosphere. Several Islamic scholars were educated here in the past.

Centuries ago, while Fez, one of Morocco and the world's oldest cities, was being established, a golden pickaxe was discovered. That is why it was named Fez, which comes from the word "fa's," meaning pickaxe in Arabic. There are plenty of donkeys here carrying loads and garbage because the streets are pretty narrow. The city looks like Jerusalem, surrounded by walls. As one of the world's oldest universities, operating for 1,250 years, the University of al-Qarawiyyin still continues education in the mosque. The graves of famous religious figures such as Ahmad al-Tidjani, Abu Bakr Ibn al-Arabi and Abd al-Aziz Ad-Dabbagh are in this city. There are several madrasas decorated with Alhambra-style stone dressings.

There is not much in the Jewish quarter called Mallah where a synagogue and houses in the region are in ruins. A fez market has different sections named in accordance with professions and there are examples from almost all old craftsmen. The leather trade is advanced and its products are cheap. Leather products are a favorite souvenir for tourists to bring back from Morocco. The tanneries market is hard to approach because of its odor, but it is an interesting place to see. It is a striking experience to see how leather is processed. Morocco swarms with Spanish, French and British tourists, as it is a cheap and interesting holiday spot.

Surrounded by city walls, the city of Meknes was once Morocco's capital. The tomb of Moulay Ismail ibn Sharif, known as the country's founder, stands with delicate adornments and a fountain pool in the middle, looking both magnificent and mystical. The grandiose gates in the city walls still attract visitors as well as the ruins of an old slave bazaar.

The capital city of Rabat is relatively new and modern. The Medina of Rabat is a small town with old houses and narrow streets. A small and humble palace is guarded by security in traditional clothes. Like European countries, visitors can walk around the palace, but are not allowed to go inside.

Similarly, Casablanca or "ad-Dar al-Bayda" (White House), as it is known in Arabic, is also a new and modern city. Built right over the sea, the Hassan II Mosque is Africa's biggest. Tourists can visit with guides at scheduled times for a fee. The mosque does not have a mystical atmosphere, and is reminiscent of a shopping mall or a cold cathedral.

Marrakech is Morocco's most popular city, and the giant square, Jemaa el-Fnaa, is the city's most famous place. Tourists can see street sellers, mobile restaurants and buffoons along with monkey and snake charmers. There are also bazaars, cafes and restaurants surrounding the square. It is worth seeing the nearby Koutoubia Mosque, the Ben Youssef Madrasa, an Islamic complex with delicate stone decorations, the Sa'di necropolis housing the graves of former kings and the Bahia Palace, which was built by a former grand vizier and was named after one of his wives.

Among the tombs of Marrakesh's "seven awliyahs" (patron saints), there is Qadi Ayyad, a prominent scholar of Maliki law, and Sheikh Jazuli, a Moroccan Sufi leader who compiled "Dala'il al-Khayrat," a collection of prayers for Prophet Muhammad.

Although in ruins, El-Badi Palace still preserves its elegance. The mihrab of the Cordoba Mosque that was brought by Muslims escaping Andalusia is on display there. A Jewish quarter still exists in Marrakech. One hour from Marrakech in the foothills of the Atlas Mountains there is a snowy view reminiscent of Switzerland.
Last Update: Jul 08, 2016 1:30 am
RELATED TOPICS