Treaty of Lausanne: Triumph or loss? 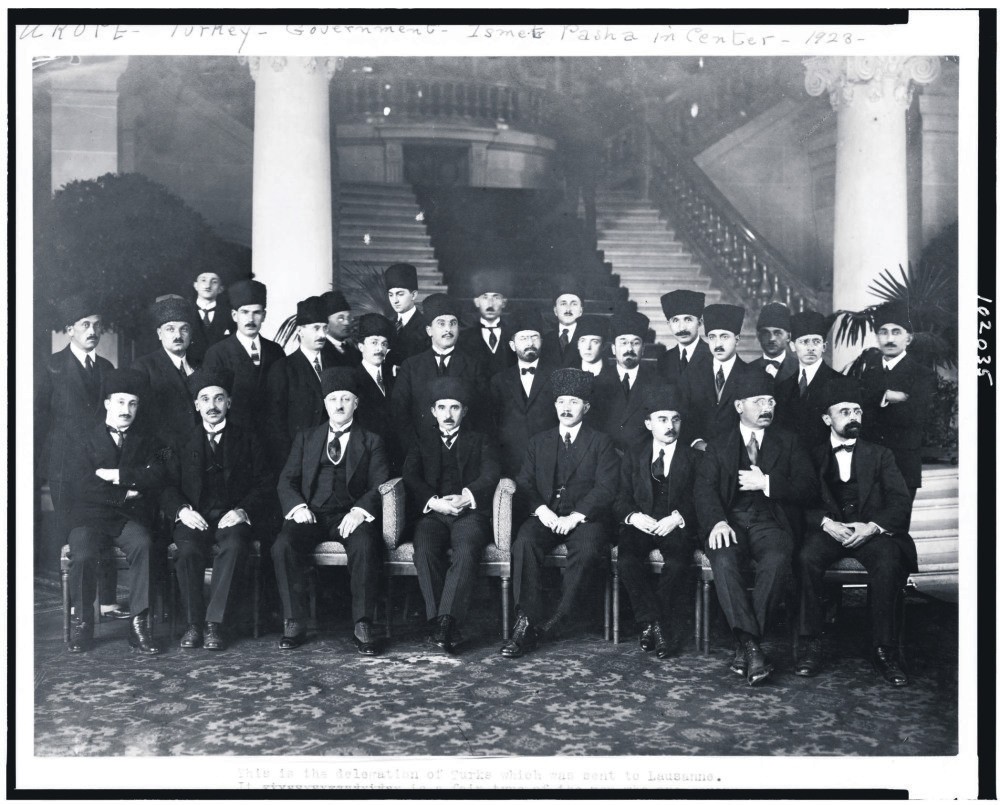 Officially resolving the conflict between the Ottoman Empire and the Allies after the World War I, the Treaty of Lausanne, which marks its 93th anniversary this year, is still open for discussion as it had both pros and cons

Following World War I, the Allies signed the Treaty of Versailles with Germany, the Treaty of Saint-Germain with Austria, the Treaty of Trianon with Hungary and the Treaty of Neuilly with Bulgaria. While Germany lost territory such as western Prussia, Saarland and Alsace-Lorraine, new, small states were founded on the previous lands of the Austro-Hungarian Empire. Bulgaria and Hungary lost some territory, too. All these countries were the products of an empire collapsing into simple nation-states. Although the treaties were finalized quickly, negotiations with the Ottoman Empire took a long time.

The Allies occupied certain regions in Anatolia to avoid the Ottoman forces, which had set sail for another adventure after already losing a great portion of the empire after a defeat in the World War I dragged out by the Young Turks.

Meanwhile, negotiations commenced in Paris to sign a peace treaty. The newly crowned sultan, Vahideddin, who was opposed to the Committee of Union and Progress (CUP), considered the Young Turks as the only guilty behind the Ottoman involvement in World War I. He hoped to strengthen his hand by taking the resistance movement flourishing in Anatolia under one roof and using it as a trump card during peace negotiations. The sultan sent a very competent inspector to Anatolia, Mustafa Kemal Pasha, the latter-day Atatürk.

Mustafa Kemal Pasha was able to gather the local resistance together and established an alternative government in Ankara. On the other side, a treaty was signed on Aug. 10, 1920, in Sevres in southwest Paris. According to the treaty, the Ottoman state was left with Istanbul and Anatolia, while British, French and Italian forces were recognized in the already occupied lands of Syria, Palestine, Eastern Thrace, İzmir and Antalya. Also the administration of the Bosporus in Istanbul and the Dardanelles were assigned to an international commission. However, the future of İzmir, which was under Greek occupation at that time, was set to be determined after the plebiscite, scheduled to take place five years later. A project leading to the Ottoman Empire's collapse is not mentioned in the Treaty of Sevres. On the contrary, the empire would have continued its existence despite temporary limitations. When the treaty did not enter into force, as the government and sultan did not accept it, the British came to terms with the Anatolian resistance and discarded the sultanate.

Once the Greeks were defeated, the Ankara government removed the sultanate, becoming the absolute power. On Nov. 20, 1922, the new government sent a delegation to Lausanne to carry out the peace negotiations. A general, İsmet İnönü, who had never been abroad before, had no experience in diplomacy and was deaf in one ear, stood out for his loyalty and was the leader of this delegation. Chief Rabbi Haim Naum Efendi's presence at the negotiations later became a topic of gossip.

The negotiations were interrupted on Feb. 4, 1923, as there was no agreement on the terms of the treaty. The three conditions that the Ankara delegation did not accept are considered the reason behind this interruption. These three conditions were the removal of the caliphate, the prohibition of Bolshevism and giving up Mosul. The war-weary Ankara delegation, however, accepted all these terms.

On July 24, 1923, the Turkish government, Britain, France, Italy, Japan, Greece, Romania, Bulgaria, Portugal, Belgium and Yugoslavia signed the Treaty of Lausanne. During negotiations, the communication between the Turkish delegation and the government was done by telegraph controlled by the British and the French. These countries even got the encryption off. The public accused the Turkish delegation of conceding. Knowing that a Parliament of soldiers would not accept the treaty as it was, Mustafa Kemal Pasha adjourned Parliament and founded a new government composed of his own supporters to pass the treaty. Nevertheless, 14 deputies voted against it. The Treaty of Lausanne, which entered into force on Aug. 6, 1924, caused Turkey to withdraw within itself and inaugurated a revolutionary era.

Turkey's debt to Germany was erased after the Treaty of Lausanne came into force. However, the rest of the debt was divided between the new states established on the former lands of the Ottoman Empire. The repayments were also scheduled appropriately. Even though their general population was mostly Greek, Eastern Thrace and İzmir were left to Turkey. Despite U.S. President Woodrow Wilson's Fourteen Points, which the Turks like to bring up a lot concerning the useless issues with Armenia and Kurdistan, all these can be considered favors to the Ankara government.

The most serious provision of the Treaty of Lausanne that escaped the attention was dragging Turkey into artificial feuds and putting the new country under a great obligation that it could not handle. It had to feed what had been one of the strongest armies in the world, which resulted in the financial control of the Western countries. To feed its soldiers, the Ankara government had to follow Euro-American politics. However, the Turkish Army was limited to 50,000 soldiers by the Treaty of Sevres, which was actually a financial blessing. In fact, the reason behind the rise of Germany and Japan after World War II was because of foreign support and little of the budget allocated for their now small militaries.

The treaties of Sevres and Lausanne are similar agreements. They only differ from each other in terms of land loss and certain military limitations. In both treaties, the Bosporus in Istanbul and the Dardanelles were under foreign powers. The legal autonomy of the non-Muslim communities continued in both treaties. In the Treaty of Lausanne, the entire Middle East, Cyprus and the islands in the Aegean were given up and, similar to Sevres, only a small territory was left to the newly founded Republic of Turkey.

The Mosul Question was part of the negotiations between Britain and the Ankara government that were scheduled to take place later. Considering Greece's financial status at the time, Turkey gave up war indemnity from Greece in exchange for the neighborhood of Karaağaç in Edirne located on the western side of the Maritsa River. The Treaty of Lausanne also abolished capitulations, but this did not mean much as Turkey promised to implement Western law and commerce systems. Another thing that the public took great interest in was the population exchange between Muslims living in Greece and the Greek Orthodox community living in Turkey, except for those in Istanbul and the Western Thrace.

The Treaty of Sevres was a preliminary step, as the main target was the Treaty of Lausanne, and this is why they posed certain difficulties for Ankara. The Turkish saying: "Show death to persuade malaria," meaning to cajole someone into accepting the lesser of two evils, describe this situation well. The Treaty of Sevres was meant to make a country, which was threatening the international order by joining a war without accepting a specific side, suffer. Both of them are a reflection of the saying: The powerful one's words are listened to. This was dictated by political figures at that time.

At the time classical imperialism began to dissolve, the Ottoman Empire that continued existing in Anatolia was not a threat for the Allies, who were ready to share the great oil reserves.

Similar to the Treaty of Sevres, the Treaty of Lausanne was a plan to divide the Ottoman Empire, which had been collapsing for the last few centuries, into nation-states. On the other hand, the Treaty of Sevres could have sustained the existence of the Ottoman Empire while the Treaty of Lausanne paved the way for the foundation of New Turkey, like Syria and Iraq. As each nation-state attributed significance to the founding convention, the Treaty of Lausanne was serviced like a big triumph. However, this treaty was not a defeat as described by the conservative side, and not a triumph as described by the Kemalist faction. From a different perspective, however, the Ankara government found the opportunity to establish a new nation-state for themselves, which was a triumph, while for the conservatives it was a loss, as they lost their entire history including their sultan, madrasahs, religious law and the fez.
Last Update: Jul 29, 2016 1:14 am
RELATED TOPICS