My hijab, my choice, hands off 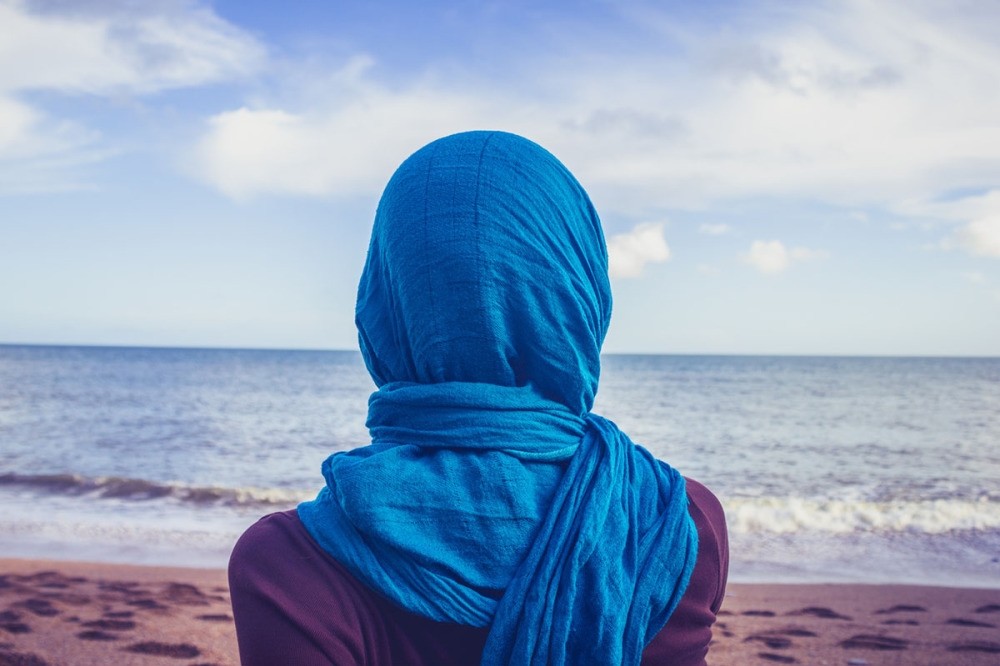 The very first morning I wore hijab to class, my lab partner, with whom we used to talk and laugh all through the lab sessions, decided not to talk to me and tried to avoid eye contact at all costs. Actually, nobody seemed to want to talk to me that day or the next day or any of the following days. I had only covered my hair, everything else was the same. Even my all-teeth-visible smile was the same. But the people around me weren't

I was born and raised in Australia to parents of Turkish origin. When they first got to Australia in the early 1970s, mum and dad thought that they would be back "home" in a couple years after putting aside some hard earned cash. That never happened.

Now, whenever mum visits Turkey, she cannot help but compare the two countries and hence, in reference to Australia, she always says, "where we come from..." She cannot fathom the idea of even resettling in Turkey and residing here for good. And even though he loved his "homeland" so much, my father's body remains buried at a cemetery in Melbourne. The last time my sister set foot on Turkish soil was in 1994. My niece, 20, and two nephews, 18 and 15, who sound more Australian than they do Turkish, are yet to see where their ancestors originated from. So you can basically call them "Aussies." They all feel a sense of belonging in Australia. That is the country they call home.

I was born into a - not very practicing - Muslim family. I was unhappy with all the injustice in the world, I did not like that people had to die, so, in my own way, I denounced Islam when I was about 14 years old. Yet, one day, upon finally finding a sense of belonging in Islam, a faith that overlooks people's ethnicity, race, status, size, disabilities, et cetera and attaches importance to what is in the heart, I voluntarily became a Muslim at age 16. With my newfound faith I also decided I wanted to wear the hijab. Thinking my mother would be proud of me, I gave her the "great" news. "No," she said, "That is not going to happen."

I could not understand her. When I approached her a few times as to why, she told me I could do whatever I wanted once I graduated from university and got married, but it just will not be happening any time soon. I could not go against my mother as I knew that disobedience to parents is one of the gravest sins in Islam.

Three years later, by the time I started university, through increasing my knowledge of Islam, I had also further strengthened my faith. I was adamant, I wanted to start wearing the hijab. I felt incomplete and yearned to feel whole.

I get my stubbornness from my mother, so she is not easy to convince. Knowing that I could not disobey my parents was what was stopping me, until I learned that one is required to be dutiful to parents as long as it does not entail disobedience to God.

So, as wearing the hijab for women is a divine command in Islam, I discovered that I was not obliged to listen in this particular issue.

I owned one headscarf and no other. I got up one morning and decided the time had come. I wrapped the scarf over my head as best I could. But mum woke up and saw me before I could sneak out to the campus.

It was the first time I saw her fuming like that. I could not recognize her. My mother. No. She couldn't be. It is still all a blur to me. All I remember doing is holding my hands up to block the strikes and feeling the cold hard surface of her slippers whacking on my head, shoulders, arms, back... It felt like every inch of skin on my body, every piece of bone was throbbing with pain.

Then the scarf was pulled off my head and into the trash it went. I remember seeing clumps of my hair in parts of the room. Today, almost 20 years down the track, recalling the memory, I still cannot help but feel a huge knot in my throat. But that day, the first time I saw my mother like that, it was not her...

She was back in her room and I took the scarf out of the trash and wrapped it over my head once again and set off to university.

I was yet to transfer into a different courses, so I was still doing my Bachelor's of Computer Systems Engineering and the first class of the day was a lab. My lab partner was an Anglo Australian. We used to talk about anything and everything during our lab sessions, yet that morning Peter did not open his mouth besides a mere "good morning" in response to my greeting with the usual huge smile across my face. Actually, nobody seemed to want to talk to me that day or the next day or any of the following days. It was almost like I was no longer me. I had only covered my hair and very slightly changed the way I dressed. My IQ, thoughts, humor, feelings, sensibility, et cetera, were all the same. Even my smile was the same. But the people around me weren't.

Transferring to another course was probably what made the transition to hijab easier than it would have been had I remained in computer sciences.

Interestingly, as time went on, that shy girl was gone. I became more outspoken, extroverted, social, involved and confident. I was proud of being Muslim. I strived to be a better Muslim, do more good deeds, be kinder, gentler, become more knowledgeable and be more generous. I was proud that this was because of Islam, because I was Muslim, because I wanted to obey the divine command, "Enjoin in good and forbid evil." I was proud to look like a Muslim and proud of what I represented, what my hijab represented.

However, the last few decades have been ever more difficult for Muslim women wearing the hijab. Increased glares, insults and even physical harassment are becoming the norm almost everywhere in the West.

Speaking in general on behalf of Muslim women and on my own behalf, yes, I am a Muslim. But I am also a woman and before anything else, I am a human. We are humans. We may be Muslim, but we are also mothers, sisters, daughters, teachers, journalists, lawyers, doctors, factory hands, sales personnel, divers, drivers, athletes, you name it. But, we are not terrorists. We may have our differences, but in the end we are very similar and have more in common than you may think. The only difference is the way we choose to dress. My hijab is my choice. So, I decide what I will wear, how I will wear it and where I will wear it. My attire does not restrict me, on the contrary it liberates me, allowing me to freely go where I wish and do what I want. My attire does not impose any threat to you or any obligation over you. My hijab is my business, not yours.

The perfect Muslim is the one from whose tongue and hands mankind is safe. My hijab tells you that I will strive to not hurt you with my words or harm you with my actions. And even though Western media portrays all Muslims as terrorists from whose tongues and hands nobody is safe, all you need to do is give the Muslims around you a chance. Get to know us before you judge us. You might find a friend.