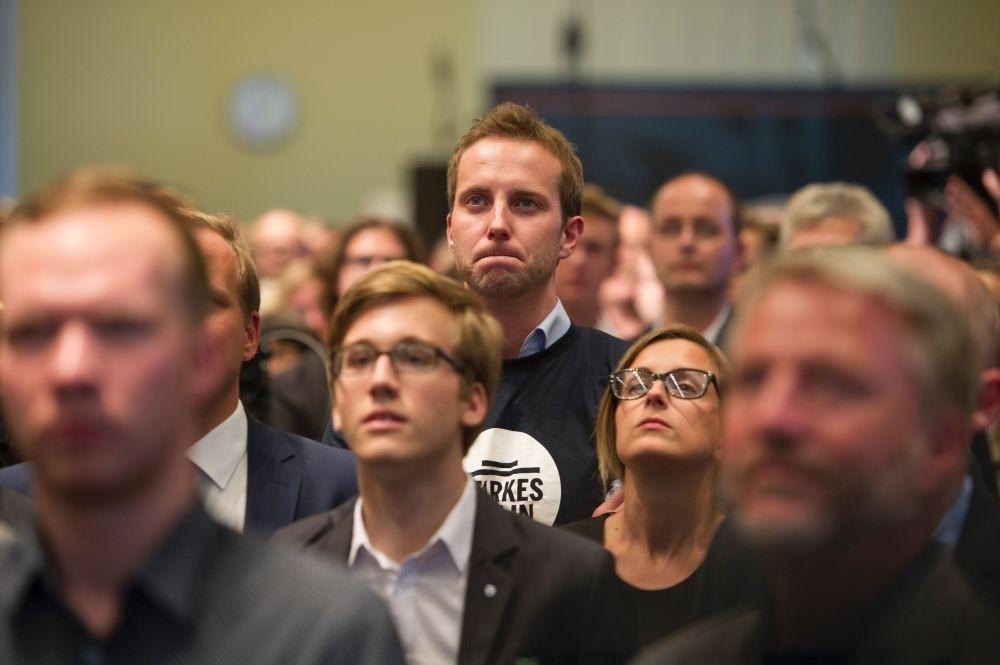 Christian democracy is a form of democracy that applies Christian principles to public policy. The Christian Democrat movement first began in Europe in the 19th century. One turning point for Christian Democracy is seen to be 1901, when Pope Leo XIII and the Vatican stated that something had to be done to provide relief for workers, who were suffering due to working conditions.

In the encyclical letter written by the Pope, it is stated that "Even those who are not Catholics, moved by the power of truth, avowed that the Church must be credited with a watchful care over all classes of society, and especially those whom fortune has least favored."

It is also written "Christian Democracy, by the fact that it is Christian, is built, and necessarily so, on the basic principles of divine faith, and provides for the betterment of the masses... Hence, for Christian Democracy justice is sacred; it must maintain that the right of acquiring and possessing property cannot be impugned, and it must safeguard the various distinctions and degrees which are indispensable in every well-ordered commonwealth..."

It wasn't just the Catholic Church and its followers who influenced the development of Christian democracy; Protestant groups, and in particular Neo-Calvinism, played very important roles in the formation of the ideals behind this movement. According to John Witte, both Protestant and Catholic believers perceived that liberal and social democratic practices had failed the community in some way; it was for this reason that Christian Democrat parties were established. Liberal democracies, Witte states, sacrifice the community for the individual, while social democracies sacrifice the individual for the community. Christian Democrats believe in "social pluralism", that is, the individual is active and dependent upon communal organizations, like family, church, school and work place, which, in turn, exist to serve the individual.

Today Christian Democracy is still influential, and is the most common form of political party in Europe. The European trend tends to be center-right, while the Christian Democrat movement in Latin America is more to the left.

Geoffrey K. Roberts and Patricia Hogwood have noted that "Christian democracy has incorporated many of the views held by liberals, conservatives and socialists within a wider framework of moral and Christian principles."

However, social conservatism is not always accompanied by conservative economic policies. Christian Democrats are often in favor of economic intervention if this will serve certain moral or cultural aims.

This is all very well. But a strange thing happens when the first word, 'Christian, is exchanged for another belief...that is 'Muslim'. Is there such a thing as a Muslim Democrat? If there is, why aren't we hearing more about them?

Muslim, or Islamic, Democrat parties exist. In fact, in articles on European Christian Democrats, often two Islamic Democrat parties are mentioned. The first is the Democratic League of Kosovo. The second is the Turkish Justice and Development Party (AK Party). Both parties are center right. The AK Party is a party that has brought social welfare to the fore, rehabilitating the health care system so everyone has free health care, even Syrian refugees; improving the education system so that everyone has free education, even Syrian refugees. The AK Party has generally worked towards increasing the living standard of all citizens of the Turkish Republic. It has done this by, among other things, building roads, by making investments, by providing low cost housing, by investing in business, by privatizing malfunctioning state owned institutions like Turkish Telecom and by reorganizing and retraining the police to ensure the public's safety. These actions are all in agreement with the humanity inherent in Christian Democrat ideals, and all are in agreement with the humanity in Muslim ideals.

In his own words: "While attaching importance to religion as a social value, we do not think it right to conduct politics through religion [or] to attempt to transform government ideologically by using religion ... Religion is a sacred and collective value ..." Turkish Daily News, internet edition, www.turkishdailynews.com, Jan. 31, 2004.

Thus, it is easy to see that the appellation "Islamist Party" is not the correct term for the AK Party. To refer to the AK Party in this way would be tantamount to lumping a Christian Democrat Party together with far-right parties, for example a Neo-Nazi party. In fact, it is even worse, for by referring to Muslim Democrat Parties as Islamist parties, these movements are thrown together with Daish or Boko Haram. This is like putting a Christian Democrat party in the same category as Heaven's Gate or Branch Davidians. No one would deny that Heaven's Gate or Branch Davidian adherents espoused that they were Christian. But most people would disagree that the Branch Davidians represent Christianity as a whole, or even what most Christians think.

These Muslim Democratic Parties are just that. They are not Islamist parties. They have no more in common with extremists or radical groups than Christian Democrats do.

However, due to events over the past 20 years, the word Islam raises fear in many western observers and commentators. Whether on purpose or not, this means that the idea of a Muslim or Islamic Democrat Party is found to be strange. How can Islam and democracy come together, they say. Surely the term should be Islamist, because all Muslims want to bring about the Shariah, don't they?

The Muslim Democrat Parties want the Christian Democrat Parties want. Justice, social solidarity, support for the individual, commitment to the community. Although many things have changed in Turkey since the establishment of the party, not least of which is the emergence of two new terrorist groups joining the PKK in efforts to tear the country apart, the ideals and principles of the party have not. The over-riding concern is to care for every citizen in Turkey, to ensure that they have full rights and freedoms. The agenda has changed, and there is a need to ensure that the judiciary, police and military now serve the people, not vice versa. That is, the AK Party needs to ensure that institutions serve the community, and that these institutions are not allowed to carry out agendas that go against the interests of the people. Despite security issues and struggles with terrorism, the AK Party is committed to creating a full democracy that ensures the rights for all. The AK Party is the very essence of a Muslim Democrat Party.
RELATED TOPICS