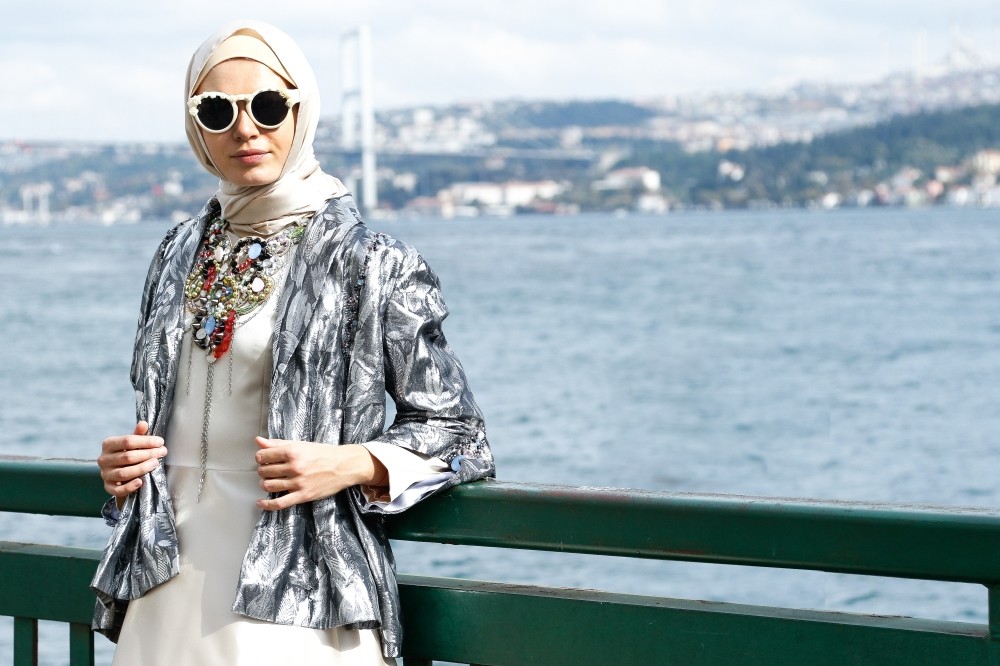 Rising Islamophobia is not an obstacle for Muslim hijabis. Despite the negative rhetoric and bans targeting them, hijabi women worldwide are increasingly becoming visible with their achievements. Anniesa Hasibuan, who rocked NYFW last month with her full-hijab collection, will be making the international ecommerce launch of her ready-to-wear modest fashion line from Istanbul by the end of October

Hijabis, Muslim women who wear the headscarf, have, throughout history, as the most visual aspect of Islam, received backlash worldwide - and sadly continue to do so. Often perceived as weak and oppressed, hijabis are now starting to change perceptions, making headlines with their achievements, correcting the world's commonly-held misinformed beliefs of Muslims women, showing that they too matter, despite rising Islamophobia.

In 2011, Tawakkol Karman, 37, Arab, a mother of three who is also a human rights activist, journalist, politician and senior member of Al-Islah political party, was awarded the Nobel Peace Prize in recognition of her work in nonviolent struggle for the safety of women and for women's rights to full participation in peace-building work in Yemen. In December 2015, Carolyn Walker-Diallo, black American, was sworn in as a civil court judge using a Quran, the holy book of Islam. Representing the U.S. at the 2016 Olympic Games in Rio de Janeiro, Ibtihaj Muhammad, 31, black American, wore a hijab under her fencing mask. Early this month, Kübra Dağlı, 20, Turkish, made her country proud by becoming world taekwondo champion at the 10th World Taekwondo Poomsae Championships held in Lima, Peru between Sept. 29 and Oct. 4. They are all hijabis, only a few of the countless strong, high-achiever Muslim women, all trying to adhere to the Islamic ruling on hijab, living proof that they too are part of the society and are far from what Western media proclaims them to be.

Fashion is another field hijabi women around the world seem determined to conquer. With the increased use of social media platforms and hijabis also joining the trend of expressing themselves through sharing their "outfit of the day" with followers, it is no surprise that modest fashion has gained further prominence in the mainstream fashion industry. With the already thriving Islamic fashion market being projected to reach $327 billion by 2020, according to a report by Thomson Reuters, designers like Tommy Hilfiger, Oscar de la Renta, DKNY, among others did not waste too much time to release "Ramadan Collections" in the recent years. The move was followed by high-street brand H&M's "Close the Loop" campaign featuring a hijabi model, Mariah Idrissi, for the first time. Then early this year, leading Italian fashion house Dolce and Gabbana (D&G) also joined the others in the exploration of the Islamic fashion market with an abaya collection.

Even though Western fashion labels may be interested in gaining a long standing position in this market as well as grabbing a mouth-watering piece of the cake, Istanbul Modest Fashion Week (IMFW), the premiere Istanbul event organized by multi-brand online retailer Modanisa.com, offering tens of thousands of items catering for the modest fashion consumer, in collaboration with the Islamic Fashion and Design Council (IFDC), gave the world a sneak-peek of the talent and creativity on the "other side of the world," ready to break out of its shell.

It was before the IMFW that Modanisa.com had discovered Indonesian fashion designer Anniesa Hasibuan, who made headlines with her fashion line in September this year at the prestigious annual fashion event, New York Fashion Week (NYFW).

Hasibuan, 30, first started designing in 2008 out of a need for professional business attire and outfits to wear to special occasions as she had trouble finding stylish outfits that were in line with her own principles in the ready-to-wear sector. Her friends who were impressed seeing Hasibuan's own designs on her started to place orders, which then led her to take the first step in the fashion market as a hobby.

Making her first debut in the professional sense at the IMFW after founding her boutique in early 2015, Hasibuan's designs received great attention worldwide. Modanisa.com CEO Kerim Türe considers Hasibuan's collection as a lovely modern interpretation of Indonesian fashion which also features Western touches. "She did a great job in combining their rich culture and materials, producing gorgeous products for the world market," he said, adding that they made an agreement to offer Hasibuan's collection at Modanisa.com during IMFW.

Explaining how she got to NYFW, Hasibuan, who starts to glow and whose eyes sparkle with excitement and upon the mention of her success at the prestigious event as the first designer to present a full collection consisting of hijab-only pieces, said: "I first joined the Couture Fashion Week. There were a lot of other Indonesian designers who also joined. That is where my designs started getting noticed. The Couture Fashion Week is held almost around the same time as NYFW, but it's couture only. The producers who watched my shows here suggested I also join NYFW, saying I would be the first Indonesian on the show and the first one to showcase a full hijab collection. They said they were sure I would be successful. Their encouragement gave me confidence, so I joined."

The designer, who received a standing ovation at the end of the show is still shocked as she did not expect such a great reaction or to come so far in such a short period of time, said that even though she was aware of Islamophobia escalating in the West, she simply focused on working hard to make her collection great and left all else to the will of God. Pleased by the spectacular feedback from the mainstream fashion industry and non-hijabis' interest in her clothing items, Hasibuan, who is now receiving requests from all over the world to stock her products and offers to do shows in different countries, is set to go international with Modanisa.com. She says Istanbul has a special place in her heart as this is where she showcased her first ready-to-wear collection when she joined IMFW this year, highlighting that her brand has been growing ever since. Hasibuan, a fan of Turkish modest fashion trends and designs as it addresses a vast range of styles, believes that ready-to-wear is Turkey's strength.