We aren't saying 'Just watch me' 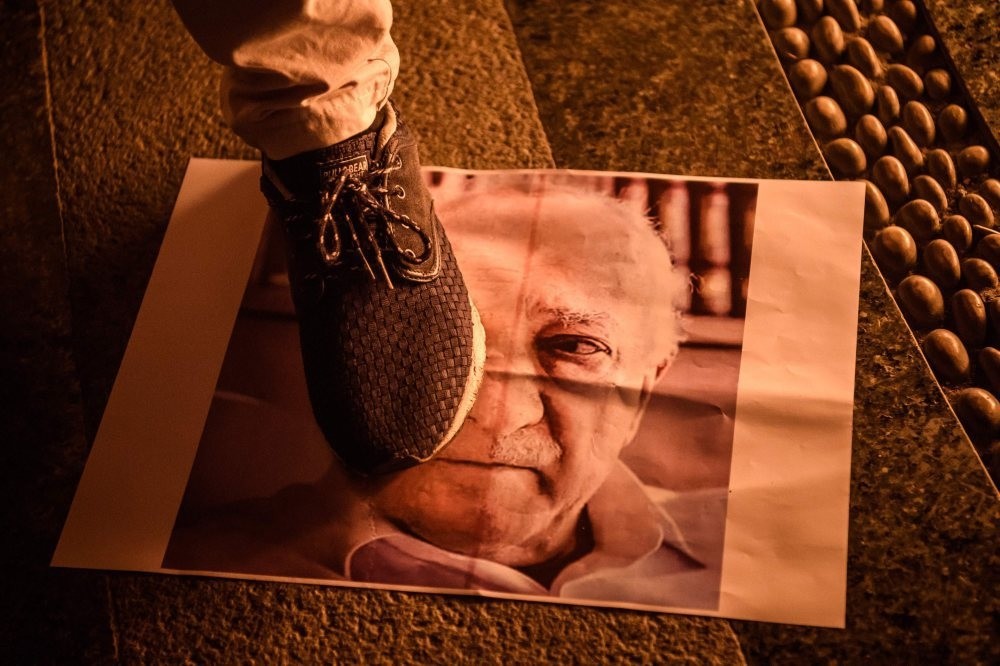 Claims that Turkey is turning its back on democracy and falling back reflect neither reality nor do they offer plausible reasons. Rather such statements are nothing more than FETÖ propaganda

When you meet with people who don't live in Turkey, but have an opinion about the country, there is an eerie feeling that reality has been suspended. Or perhaps that one has entered an alternative reality, a different dimension. Their understanding of the situation in Turkey is out of kilter with the understanding that people who live in Turkey have.This is because there is one group out there which is making fascinatingly ridiculous statements. They claim that the constitution has been suspended. They claim that murderers are being let out of prison to make room for innocent teachers, who are being arrested and thrown in jail without fair trial. They claim that hundreds of thousands of people have been arrested and private property has been confiscated; that newspapers are being shut down in a bid to destroy freedom of speech.

This is not a reflection of reality.

The constitution is in place. But like France and Brussels and even the United States, a state of emergency has been declared. This means that emergency measures can be introduced without going through the Parliament.

So where are these lies coming from? It is, of course, FETÖ that is behind this propaganda. The sad thing is that this sentiment is being echoed in the Western media; well, what do you expect, the media is always keen on a good story. What better story than democracy being destroyed?

Teachers are not being arrested. People who have established links with the Gülenist Terror Group (FETÖ) or with the PKK, another terrorist organization, are being suspended (with two-thirds pay); if evidence is confirmed they will be tried and if found guilty, placed in prison. While some have gone through this process and have been imprisoned, others have been found innocent, released and reinstated.

So where are these lies coming from? It is, of course, FETÖ that is behind this propaganda. The sad thing is that this sentiment is being echoed in the Western media; well, what do you expect, the media is always keen on a good story. What better story than democracy being destroyed?

Another thing we often hear is an attempt which compares July 15 with 9/11. This conflation is neither useful nor accurate. I have heard people asking Muslims if they would want to be rounded up if the British parliament was bombed. This is not helpful or even logical. What happened on July 15 was not an attack by a radicalized group proclaiming that they were acting in the name of a religion, or even of a belief. Terrorists groups want to create chaos.

But the group behind July 15 did not want to create chaos. July 15 was a vicious terrorist attack carried out by a group that wanted one thing and one thing only. They wanted power. But they failed.

Unfortunately, this cabal has not given up, they have just changed tack. Now they are chipping away at the perception of Turkey via the media.

These days we often hear the sentence, "We worry that Turkey is turning its back on democracy and the rule of law."

As someone who has lived in Turkey for over 20 years, believe me when I say that Turkey did not have fully fledged democracy before July 15. The country was working toward establishing full democracy. But as long as a constitution written after a military coup is in place, democracy cannot be full or healthy. If democracy had been in place, would there have been a need for a democratization package, as introduced in 2014?

And there is another problem here. For argument's sake, let's imagine that there is full and functioning democracy in Turkey, where everyone has equal rights not only in law, but also in reality.

Now, imagine a coup in which over 200 people died and more than a thousand people were injured. In which the Parliament was bombed, the chief of staff kidnapped, an assassination attempt on the president and his family was made, and civilians were bombed and shot at.

Now compare this to other similar situations. For example, as an acquaintance reminded me the other day, the Canadian October crisis.

The October Crisis (La crise d'Octobre) happened in 1970. A cabinet minister, Pierre Laporte, was kidnapped and murdered, and a British diplomat, James Cross, was kidnapped and released. This was done by the Front de liberation du Quebec, a radical group that wanted independence for Quebec.

In response. Pierre Trudeau invoked the War Measures Act. This act limits civil liberties. As a result, the police were given far reaching powers, and about 500 people were arrested and detained, without bail. Later 435 were released without charge. Many of the people arrested were artists and intellectuals. The Canadian army was deployed to give military support to the civilian government.

Not to belittle the death of Laporte; but one person lost their life. Nowhere was bombed, civilians were not targeted.

The majority of the Canadian people responded positively to Trudeau's invocation of the War Measures Act. Trudeau, in an interview with Tim Ralfe, stated that, although not happy about the situation, he had had no choice. He went on to say that " I think it is more important to get rid of those who are committing violence against the total society and those who are trying to run the government through a parallel power...it is more important to keep law and order in this society than to be worried about weak-kneed people..."

Trudeau sums up his argument by saying "I think the society must take every means at its disposal to defend itself against the emergence of a parallel power which defies the elected power in this country and I think that goes to any distance. So long as there is a power in here which is challenging the elected representative of the people I think that power must be stopped...."

None of this is an attempt to argue that the post-coup situation in Turkey is good. It is not positive and it is worrying. To say anything else would be disingenuous. We are worried.But so is Hollande. So was George Bush. So was Pierre Trudeau.

The idea that after a bombing or a heinous attack the government should just sit calmly and hope that things soon return to normal is ridiculous.

And thus, the idea that when there is a coup that has been planned, plotted and executed by people who are part and parcel of the system, by people who have infiltrated the system only to try to strangle it, the hope that the situation can be solved quietly, quickly and with little discomfort, is absolutely ridiculous.

Thankfully, there are some voices of reason out there, like Dexter Filkins, whose article "The 30-Year Coup" was published last week in The New Yorker. Hopefully, these voices will be heard and will increase.

Only time will tell if in 50 years when people hear about events in 2016 they will respond with the same incredulity that the October Crisis creates today. It can only be hoped that they will say: "A state of emergency in Turkey? Ridiculous!". It can only be hoped that Turkey will become as boring and staid as this northerly country.
RELATED TOPICS