Earthquakes shaking the history of Anatolia 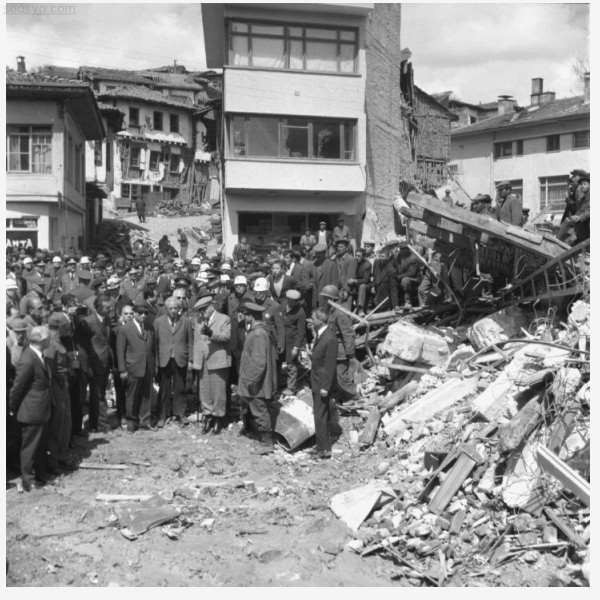 No matter when or where it happens, an earthquake always poses a risk for countries around the world. The major earthquakes that occurred in the Byzantine and Ottoman eras and onwards brought big changes in urban life and structures

If a single tremor happens anywhere in the world, everyone hears the alarm. People immediately ask whether the earthquake happened in their homeland. If they live in an earthquake-prone area, their fear doubles. The number of scientists working on earthquakes day and night is not small while they predict potential earthquakes around the world.

A large part of Anatolia has been prone to earthquakes for a long time. Earthquakes have destroyed cities and people's lives and wiped out countless civilizations. Holy inscriptions state that the world will end with an earthquake. However, these texts do not forbid people from escaping the disaster to save their lives. 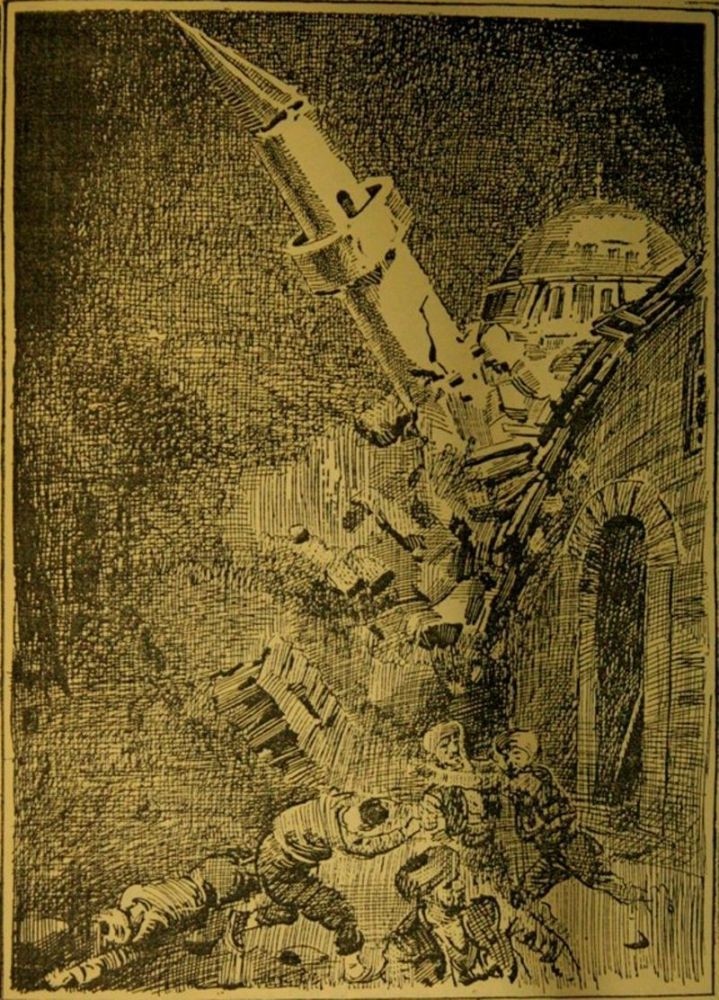 An illustration depicting the 1509 Istanbul earthquake.

The largest-scale earthquake following the conquest of Constantinople took place in 1509 and was called "the Minor Apocalypse." The earthquake was an apocalypse for the people of Istanbul. It lasted 45 days, most of the buildings collapsed and thousands of people died. Ottoman Sultan Bayezid II stayed in a tent that was erected in the garden of Topkapı Palace for a while and then headed to Edirne. Even the Tundzha River was said to overflow and flood the entire city.

The earthquake in 1509 marked a turning point in Ottoman urban architecture. While the city was being rebuilt, wooden materials were preferred instead of stone materials. Stone caused the loss of life during an earthquake, yet the wooden buildings do not collapse so easily even though they rocked like a cradle. The danger of fire that comes from wooden buildings was preferred over the stone buildings that can fall as it was possible to escape fires.

The second-largest-scale earthquake in the history of Istanbul was recorded on May 22, 1766. The earthquake, which caused the destruction of many mosques and the deaths of 300 people, brought less destruction than the earthquake in 1509. Yet, the aftershocks that continued for two-and-a-half years had a major impact on people's morale. The epicenter of this earthquake was estimated as the Bay of İzmit. The sketches drawn during that time suggest that many of the buildings were leveled and the coastal regions of the province were flooded by the sea. The mosques of Fatih and Eyüp were destroyed and Ottoman Sultan Mustafa III spent a fortune re-building the city despite the ongoing Russian wars.

The third biggest earthquake that hit Istanbul was on July 10, 1894. It began in the afternoon on a summer's day and was determined and reported based on scientific methods. The earthquake's epicenter was offshore of San Stefano and was composed of a few quakes, each lasting a few seconds before a tsunami occurred in the Marmara Sea. The earthquake was also felt in Crete, Bucharest, Ioannina and even in the hind of Anatolia.

The then Ottoman Sultan Abdülhamid II censored the newspapers, concerned about the morale of the public. However, despite his efforts, it was revealed that the earthquake caused the deaths of 500 people. Following the quake, the sultan initiated a campaign by donating 1,500 gold liras. In a couple of months, the campaign raised 100,000 gold liras. From this revenue, the families of the earthquake victims were given 10 gold liras each and the widows and the orphans received 5 gold liras each. The sultan also commissioned two seismographs from Italy that cost 3,200 francs each; one of these seismographs was placed in Kandilli Observatory and the other in Yıldız Palace.

Many earthquakes have hit Turkey, especially Anatolia, during the Republican era. One of these biggest was the Erzincan Quake that took place on the night of Dec. 27, 1939. The earthquake lasted for a few minutes and the aftershocks continued for months. The entire city was razed to the ground except for the train station built by the Germans in 1930 and a public bath built by the Seljuks in the 12th century. Apart from the destruction, nearly 40,000 people lost their lives. However, most of the deaths occurred due to the cold weather and hunger. Since the new city was built very close to the old city that was destroyed in 1939, two other earthquakes that took place in 1984 and 1992 resulted in many deaths.

Although an earthquake is a natural disaster, hunger, dehydration, epidemics, plunder, cold weather, rain, snow and other problems that come after the earthquake replace the disaster itself. Burying the dead is a matter on its own. While the wreckage is cleared by the volunteers and the soldiers, and sometimes even prisoners are brought to help from neighboring provinces and regions, the survivors can be pulled from the wreckage even days after the earthquake.

Global aid campaigns are initiated following major earthquakes, but there were cases that the help did not reach the victims. The only political party at the time, the Republican People's Party (CHP), was said to build dwelling-houses for civil servants, known as the Saraçoğlu Houses, in capital Ankara with the aid money gathered for the earthquake victims of the 1939 Erzincan Quake. The campaign, which was organized by a newspaper for the victims of 1966 Varto Earthquake, raised 1.5 million old Turkish liras [former currency]. Campaigns by the same newspaper managed to raise 17 million old Turkish liras for the Turkish Air Force, 23 million for the navy, 1.5 million for the Gallipoli Monument and half a million liras for nine Atatürk busts.

The people who got rich from earthquakes were no less than war mongers. The sales of canned food and blankets that were sent to earthquake victims were common sights. Many earthquake victims complained that the houses rebuilt by the state after the earthquake did not meet their needs or fit the geographical conditions of their regions. Sometimes, the construction of these new houses lasted for many years and allegations of corruption were made public.
RELATED TOPICS