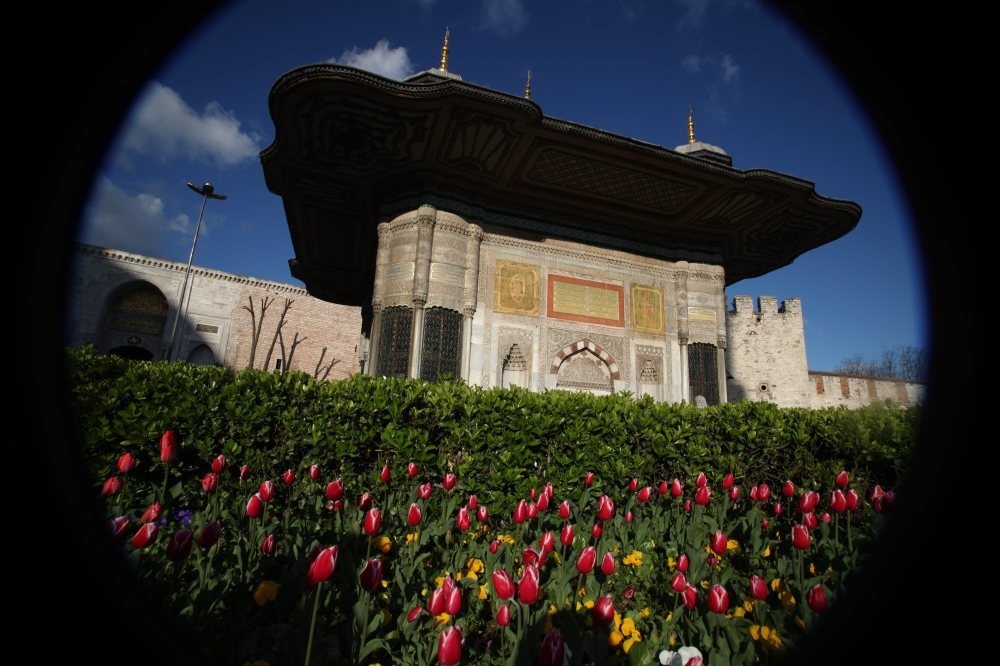 While touring Istanbul's historic sights, encountering old fountains designed in the period's architectural style is inevitable. Fountains in Ottoman Istanbul were where the public could freely get water and perform ablution before prayers

Unlike today, water did not run through the taps in the Ottoman-era houses due to the lack of running water. Everybody subscribed to a "saka," water-bearer, who used to carry water to people's houses. The water-bearer filled leather tubes with water from the public fountain and carried it on his back. He emptied his tube into the earthenware jars in the yards and made a notch on the door with chalk to settle the accounts with the home owner at the beginning of the next month. These water-bearers were different from the regular water-bearers. These ones used to carry potable water in carboys and took them to the neighborhoods with carriages.

Most of the houses featured a cistern where well or rain water was collected. However, the water collected in these cisterns was only good for daily use. The food was hung in these cisterns to keep them cool since there were no refrigerators back then. The privilege of carrying water to the city was given to the Terkos Company in 1874 and the houses in Istanbul began to be plumbed in. Water pipes were installed in houses located in other provinces and towns after 1950s.

Offering water to people is recommended in Islam. Obeying Prophet Muhammad's (Peace Be Upon Him) order "Those who sinned the most should distribute water," people who saved up even a little money used to found a public fountain built or bring water to drought towns in clay water pipes. 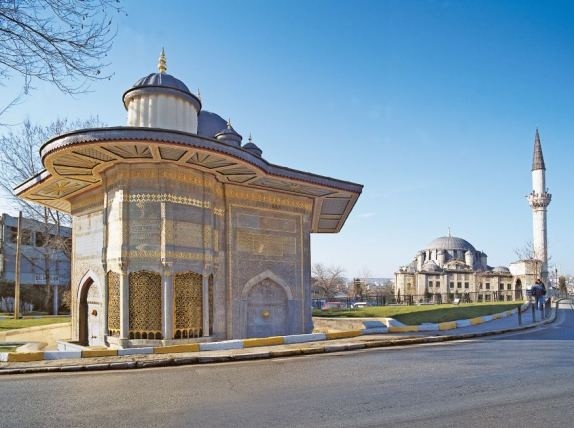 Those who were not involved in any of these charities distributed water in front of their houses or shops on hot days. Wooden water slots were placed near roads and people who resided nearby filled these slots with cold water from time to time in order for travelers to drink.

Apart from villages, the water demand in cities was always an issue. Since the Byzantine era, aqueducts bringing water from the forests nearby were built in Istanbul. During the Ottoman era, each sultan built new aqueducts and repaired the old ones. Water that reached the city with weirs was distributed to the fountains in all over the city.

Fountains were built in various parts of the city and in various shapes according to their intended purpose. Fountains installed in walls were usually built in the interiors of palaces and some large houses. It is possible to see examples of wall fountains in Topkapı Palace. Apart from that, fountains were either detached from or the supplementary of mosques or other buildings. If the fountains were part of a building, they were either built in yards or gardens.

Every neighborhood featured a fountain in the public square and several fountains in the streets. The ordinary citizens got their water from these fountains. This water was used in meals, washing laundry, bathing and cleaning the house as well as for drinking.

The architectural characteristics of earlier fountains are similar. They were all built with cut-stone and featured a water reservoir. They had a tile roof on top. The important thing is not their ornaments but their functionality. These fountains featured one or several taps and a bowl hung on the stone facade of the fountain with a chain in order for people to drink water from the fountains. Each fountain had a reservoir in front of them for animals.

Starting from the early 18th century, in parallel with Europe, every part of the Ottoman Empire, especially Istanbul, assumed a new elegant urban style. The fountains also reflected the traces of these changes. Marble began to be used in the construction of fountains instead of stone; the body began being built not in a cubic shape but a polygon shape and the facades of the fountains began to be ornamented.

Fountains in public squares were commissioned usually by prominent figures in society. These fountains were signs of prestige. These monuments were built for people to drink water out of as well as to decorate the square. The Sultan Ahmed III Fountain in Sultanahmet has a matchless beauty. It is like a water palace. A foreign traveler even said, "This fountain needs protecting in a bell jar." A smaller model of this fountain decorates Üsküdar Square. Gülnuş Valide Sultan whose two sons became Ottoman sultans had the Yeni Mosque in Üsküdar built; however, she did not live long enough to complete the fountain.

The fountain of the mosque was commissioned by her son, the Tulip Era Sultan Ahmed III. The water in the fountain was abundant and it always poured. Since they sold the water in exchange for money, water-bearers were not allowed to take water from this waqf fountain because the wealthy and poor benefited from these waqfs free of charge. This fountain still decorates Üsküdar Square; however, it shrank like most of the fountains in the city.

The Azapkapı Square Fountain in Fatih, which "resembles an open book," has a very interesting story. While Gülnüş Valide Sultan was wandering around the city with her carriage, she saw a little girl crying on the roadside. She asked what was troubling the girl and the girl said that she broke the pot while carrying water to her house. Although Valide Sultan told the girl that she should not be upset because of a pot, the girl said: "I am not crying over for the pot. I am upset because I could not complete the task that I was given." Sensing her exceptional personality, Valide Sultan took the girl to the court with the approval of the girl's parents and this little girl was married to the future sultan of the Ottoman Empire and bore a future sultan. The way that goes up in the Ottoman Empire, passes through merit and luck. This girl, Saliha Valide Sultan, had a beautiful fountain built in the square where she broke the pot.

The fountain, which was commissioned by an ordinary Ottoman officer in Beykoz, is one of the finest examples of the 18th century Ottoman aesthetic. The fountain is open on three sides; its facade, which stretches forward, is covered by columns and the entire fountain is covered with a roof. It is reminiscent of a waterfall that babbled in the tent of the Ottoman sultan. Beşir Ağa Fountain, dating back 1737, located in the yard of the Koca Mustafa Pasha Mosque is in cylindrical shape. One of the latest square fountains in Istanbul is the German Fountain in Sultanahmet. The fountain was built by Kaiser Wilhelm to celebrate the Ottoman-German friendship of the time. The costly fountain was built in an arabesque style from green marble and the interior was decorated with golden mosaics. The Sultan Abdülhamid II Fountain in the Maçka Park is one of the latest examples of original Ottoman fountain architecture.

Almost each fountain is adorned with an inscription featuring lines from poems, all like a literature master. These inscriptions give details about the good deed of sharing water as well as information about the founder of the fountain and its story.

The inscriptions on the Sultan Ahmed Fountain says, "Turn on the water with the name of Allah and pray for Sultan Ahmed." On the Hasan Pasha Fountain, on the Anadolu Kavağı on Istanbul's Anatolian side, it was written that the fountain was built as a "mehr" to the houris in heaven.

The money that is paid by the groom to the bride is called 'mehr' in Islam. By doing so, Hasan Pasha symbolically showed his ambition for heaven.

With the decline of the Ottoman Empire, the income sources of waqfs began to dry up along with the fountains and other waqf artifacts. The waqf artifacts were damaged or even demolished. When water pipes were connected to houses in the cities, fountains were no longer important. When the potable water began to be sold in bottles, the life cycle of fountains came to an end. As the cities grew, instead of relocating these fountains, they were demolished with various excuses such as road expansions. Since it is not possible to distribute water for free, the standing fountains continue to decorate the cities as the silent witnesses of the good old days.
RELATED TOPICS