Kagan Structures: A not so new approach to learning 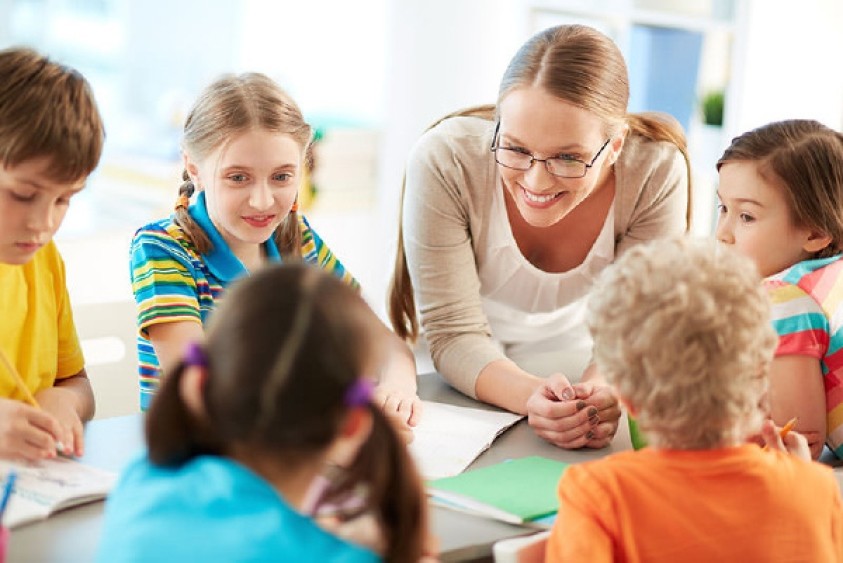 Sitting in a hotel conference room with 50 other teachers on a wet and windy English day, we wondered what would be in store for us. Little did I expect to be so thoroughly inspired. Nor did I expect to find a solution to a problem that has been bothering me, and many other teachers, for so many years. How do we keep the kids interested and engaged in what we are trying to teach them?

When Prime Minister Binali Yıldırım announced that from next year all 5th grade students would do a year of preparatory English, my feelings were ambivalent. As a person who has been teaching English in Turkey for over 25 years, I know that few people graduate from high school able to speak English, despite having had at least 8 years of English lessons. More hours teaching will be great. But if those hours are dedicated to teaching English in the same way that it is taught now, how effective will they be? The problem is that the system for teaching languages which is in place in Turkey just does not work.

Teaching English based on grammar and limited reading, writing and speaking is not effective. Certainly the students become familiar with all the tenses. But knowing that there is a present tense, a past tense, even a present perfect continuous tense is not helpful to them. Rather, knowing all the tenses, the conditionals, the passive voice, relative clauses, etc. just means that when the learner is expected to speak, they freeze. Which tense do I use now? Do I mean 'this' or 'that'? 'Which' or 'what'? 'Has been' or 'is'...?

There must be a good reason why Turkish students do not learn Turkish grammar in primary school until the fourth grade. They spend three years reading and writing their mother tongue before they are asked to break it down into analytical chunks.

Yet we teach English-language learners grammar from almost the very beginning. And then we wonder why they don't speak.

Last year I was approached by a group of schools in Turkey and asked to redesign the way English is being taught; I jumped at the chance. The goal was to get kids writing and speaking English by the time they graduated from middle school or high school.

After long discussions with the teachers it was thought that the best way to do this was to change the materials that were being used and the dynamics of the classroom. The traditional classroom, in which the teacher is firmly rooted at the board, be it a black board, white board or smart board, just no longer works with the students we have today.

To quote someone with whom I worked on a curriculum project earlier this year: "We are teaching 21st century children, with 20th century technology and 19th century methods."

So how do we get the methods up to at least the 20th century? In the traditional classroom the teacher is talking to three or four students at any given time, and the rest are passive and not engaged.

Group work seemed the way forward. If you frequently split the children up into groups to discuss and debate, in theory they would support one another and have more time to talk than in a traditional classroom. Our aim was to have more students engaged, and thus the focus became to split the traditional classroom up into groups where the students worked on reading passages, writing stories, producing role plays, etc.

This is not a revolutionary and by no means an original approach. Group and pair work are techniques that have been used for many years in language teaching. But there is still a dominating trend of having the students sit in tidy rows, listening to the teacher and waiting to be called on (or trying desperately not to be called on). The best evidence of this are the heavy two-seater desks and chairs that are almost impossible to shift around the room - still the most common type of seating in Turkish schools.

So, we started to split the children up into groups, getting them to talk and think about what they are reading, hearing and writing. In the three months in which we have introduced group work to our middle school and high school classrooms we have had amazing results. The kids are enthusiastic and keen to learn English. They want to learn more. The teachers have noticed a great leap in interest and progress. But there is still concern about the weaker students. How can we help them?

It quickly became clear to us that in group work there are still dominant students and more passive students. By splitting the classrooms up into groups you are able to get more students to talk at any given moment, but these will still be the high and middle-high achievers. When placed in a group, the students who strenuously avoid making eye contact with the teacher to ensure they are not called on will just sit back and cruise, letting the others do all the work.

So the question is how to get the not-so-high achievers to have the confidence - and the desire - to learn, write and talk.

While doing research into group work and different methods I stumbled - totally by accident - across Kagan Structures.

Kagan Structures were created by Dr. Spencer Kagan. Dr. Kagan is a renowned educator and psychologist who worked as a full-time professor of psychology and education at University of California, Berkley.

But Dr. Kagan has done more than this. About 30 years ago he stated to create "structures" that help students work in groups and learn. He has worked within the parameters of cooperative learning, a system that means students need to work together to succeed in a task. By introducing structured methods, for example "Timed Pair Share" or "Numbered Heads Together" Dr. Kagan has transformed the way in which cooperative learning works and how the students are learning. Once the teacher has learned these structures - of which there are well over 200 - they can find the one that fits the curriculum content they want to teach; basically the students do the rest.

This is not to say that the teacher is now obsolete. The teacher will still provide the students with facts, information, techniques or material. But then the teacher takes a step back and the students work with one another, discovering, developing and well, basically learning.

During the two-day course we attended at Teacher to Teacher UK, the 50 teachers were asked to do different tasks in a number of different structures. We suddenly found that we were learning, listening, remembering and having fun. We had to respect our partners and support them. We made friends with the people in our group, even if they were very different from us. We formed bonds that outlasted the task in hand.

The instructor who led the course, Gavin Clowes, was clear in his instructions. He was dynamic and amusing. But more importantly, he was constantly in tune with what was going on in the 12 different groups. He was aware when we began to get confused or tired, and changed the structures or the tempo accordingly. As a result, the teachers came away having learned a great deal, and everyone was dying to get home to implement the new techniques.

Because we used the structures we discovered that they do work. Each structure ensures that students all have equal roles and duties. The weaker students must talk - there is no escape. Many structures also allow for coaching, while others allow students to support one another. In the Kagan system, a small supporting team is created through team-building exercises, and the team is part of a class that has been reinforced by class-building exercises. Learning becomes non-threatening and it becomes fun. Hey, I had a great time and learned a lot, not something that I can often say after courses or seminars.

But don't take my word for it. There has been a great deal of academic research on Kagan Structures. The data is amazing. One case study, a school in Greater Manchester - SS Simon and Jude CE Primary School - presents an interesting example. Located in a multi-cultural, lower socio-economic area of the city, it was found to be a "failing" school in 2008 and was one of the worst 100 schools in Britain. In 2009 the teachers in the school were trained in Kagan Structures, and by 2011 the school had risen to the top 5% of schools in the country.

One look at the large number of graphs demonstrating how Kagan Structures help students, throughout the world, improve in Dr. Kagan's "Kagan Cooperative Learning Structures" (Kagan Publishing) is eye-opening. But the following statement on page 66 is even more impressive:

"The series of studies conducted by the State University of New York revealed:

- Overall, all students (high and low achievers) did significantly better with Numbered Heads Together than with Traditional Whole Group Instruction.

- Students were consistently more active and on task with Numbered Heads Together than Whole Group, especially low achievers and students with disabilities.

- Over 90% of the students preferred Numbered Heads Together compared to Traditional Instructional Strategies."

Numbered Heads Together is just one of the over 200 Kagan Structures available.

It is thanks to the carefully planned and executed instruction of Gavin Clowes and the thoughtfully designed Kagan Structures, which have been adjusted as needed over the years by dedicated teachers and academics, that a clear way forward can be seen.

If there is a way out there to get kids engaged, interested, active and learning, then this is just what is needed in the Turkish education system - throughout the curriculum, not just in English language learning. Everyone in Turkey is in agreement that there needs to be changes in the Turkish education system. The problems lie not in the curriculum, but on how we deliver and test the information. If we can change the delivery, if we can really educate the students, then there is some hope for a generation that can really push the boundaries and lead the country.
Last Update: Nov 26, 2016 1:58 pm
RELATED TOPICS