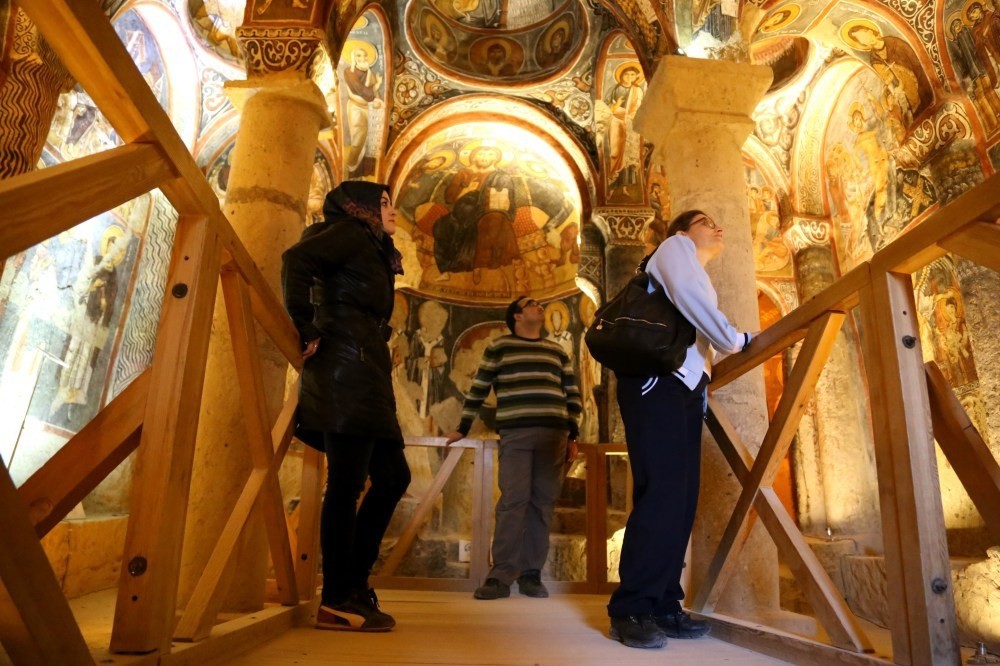 Famous for its fairy chimneys, Cappadocia offers numerous touristic experiences for its guests,with its rock-cut historic churches adorned with beautiful and hidden frescoes

Preserved for centuries and very popular with visiting tourists, Cappadocia's rock-cut historical churches containing beautiful frescoes, whose colors still retain all their original beauty, are a must-see destination for anyone who appreciates unique history.Among the dozens of rock churches in the region, the Karanlık (Dark) Church, Tokalı (Buckle) Church and Elmalı (Apple) Church contain the most impressive frescoes, a 10th-century mural technique where metallic paint is melted in lime water and then plastered on rock ceilings or walls.

A favorite destination for tourists, the thousand-year-old hand-crafted historical churches are located at Göreme Open-Air Museum, one of Turkey's most visited archaeological sites.

The churches' magnificent frescoes include, "The portrayal of Jesus Christ and the Virgin Mary," "The Birth of Jesus Christ," "The Last Supper," "St. George Who Fought the Dragon," as well as depictions of respected saints of the region and can be accessed through carved tunnels in the churches. 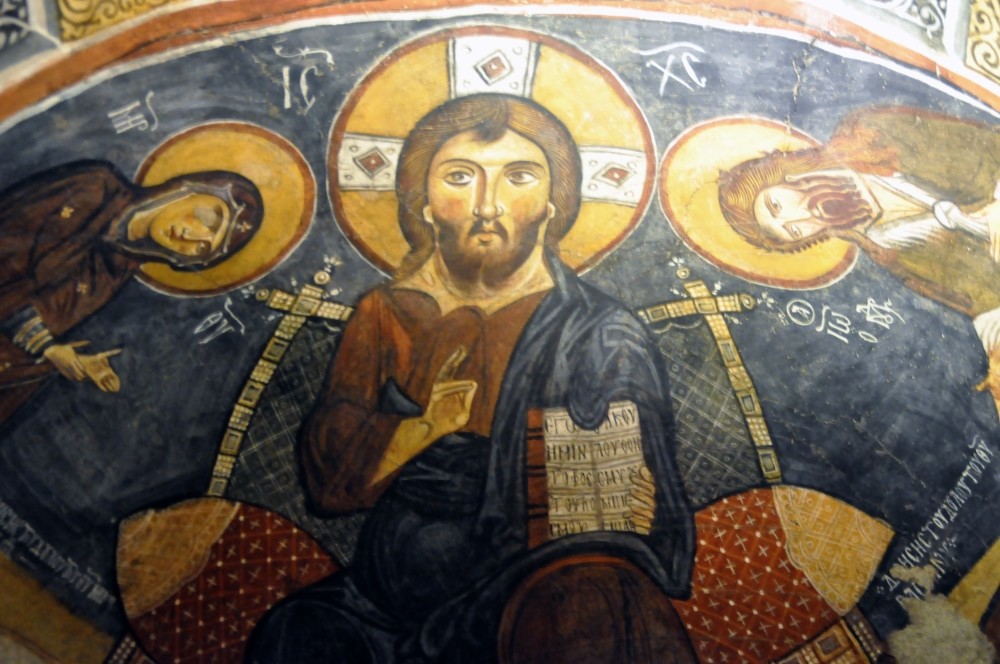 Murat Gülyaz, director of the Nevşehir Museum, said that an average of 1 million people visit the three stone-carved churches at Göreme Open-Air Museum annually, making it the third-most visited tourist destination in Turkey.

The rock-cut churches in Cappadocia are significant for Christians due to their religious history, as well as their unique frescoes. Gülyaz said, "One of the most important saints in the Cappadocia region, St. Basil, returned to the lands where he grew up after studying in Syria, Egypt and Greece and tried to spread the doctrines and criteria of Christianity here." 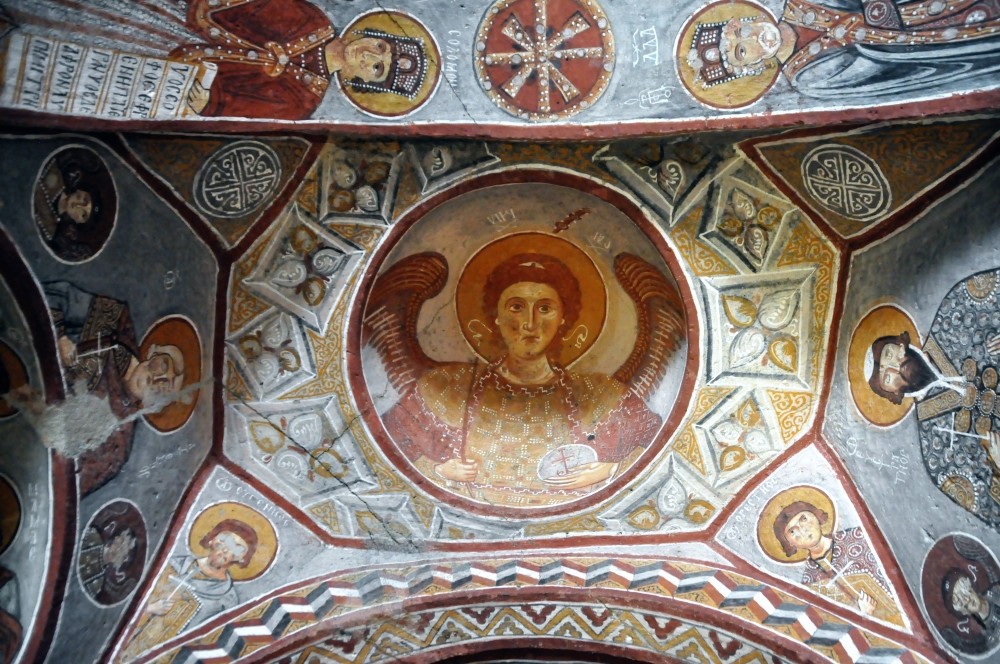 Among the cave churches, several date back more than a thousand years. Gülyaz said that three of these churches stand out due to their level of preservation, however, preserving the artworks in the churches is difficult since even the visitors' breathing can cause deterioration. Gülyaz explained that preservation is critical considering that a scene in Tokalı Church, which depicts the entirety of Jesus Christ's life from his birth to his death, is one of a kind. Tokalı Church is divided into three sections by arches and contains the most important samples of frescoes from various periods. With frescoes that date back to the early 10th century, Old Church is painted in rich red and green tones, representing scenes from the Bible.

"Taking photos is prohibited here since ultraviolet rays from the flash harm the pigments in the mural paintings," Gülyaz said. "Since we have a high number of visitors and everyone wants to take photos, we decided the only solution was to ban photography," he added.

The Elmalı and Karanlık churches were previously under restoration, while the restoration works initiated in Tokalı Church are still in progress under the supervision of Italian restorers.

At Elmalı Church, the frescoes narrate scenes from the Bible and the life of Christ in the fresco "The Hospitality of Abraham and Three Hebrew Youths." The building derives its name from a local apple orchard once located near the main entrance.

Sumit Chawia, 39, one of the tourists who recently came from India to visit Cappadocia and the rock churches, said that it was his first time in Turkey and that he was pleased with the fact that the frescoes in the historical churches are still preserved beautifully, despite their thousand-year-old past.

American tourist Lorraine Zabala Mills, 60, said she came to Turkey out of curiosity about Cappadocia and examined the frescoes in the rock-cut churches. "When I saw the old frescoes in the historical churches, I felt like I had traveled back in time," Mills said.

With fairy chimneys and a secret valley, Cappadocia, located in Central Anatolia, is a great way to experience Anatolian history. Cappadocia is described as a must-see travel destination, with its volcanic landscape and unique scenery featuring slick rocks with lush, green tracks, caves, tunnels and canyons waiting to be discovered.
RELATED TOPICS