The history of rowing along the Bosporus in Ottoman Istanbul

In the Ottoman Empire, rowing races on the Bosporus, mainly on the Golden Horn, were very popular with a history going back to the 16th century. The Moda Bay in Istanbul later became a hot spot for rowing where professional teams fiercely competed. The teams also appeared in international games

Galleys, a type of ship propelled mainly by rowing, operated on the Nile in Ancient Egypt between the fifth century B.C. and fourth century A.D.

Both Romans and Vikings made use of these galleys during their campaigns to the island of Britannia. In ancient times, some of these rowers in Roman and Viking galleys even used to be chosen from among the slave and prison population.

The Brits adopted the tradition of rowing and kept it alive. In the 13th century, boats and barges operated by oar were sailing along the Thames River. A community of rowing tradesmen thereby emerged in London and its surroundings. Rowing races on the river were born in the 16th century and with many passengers on different boats wanting to place bets, races became regular activities through the years. 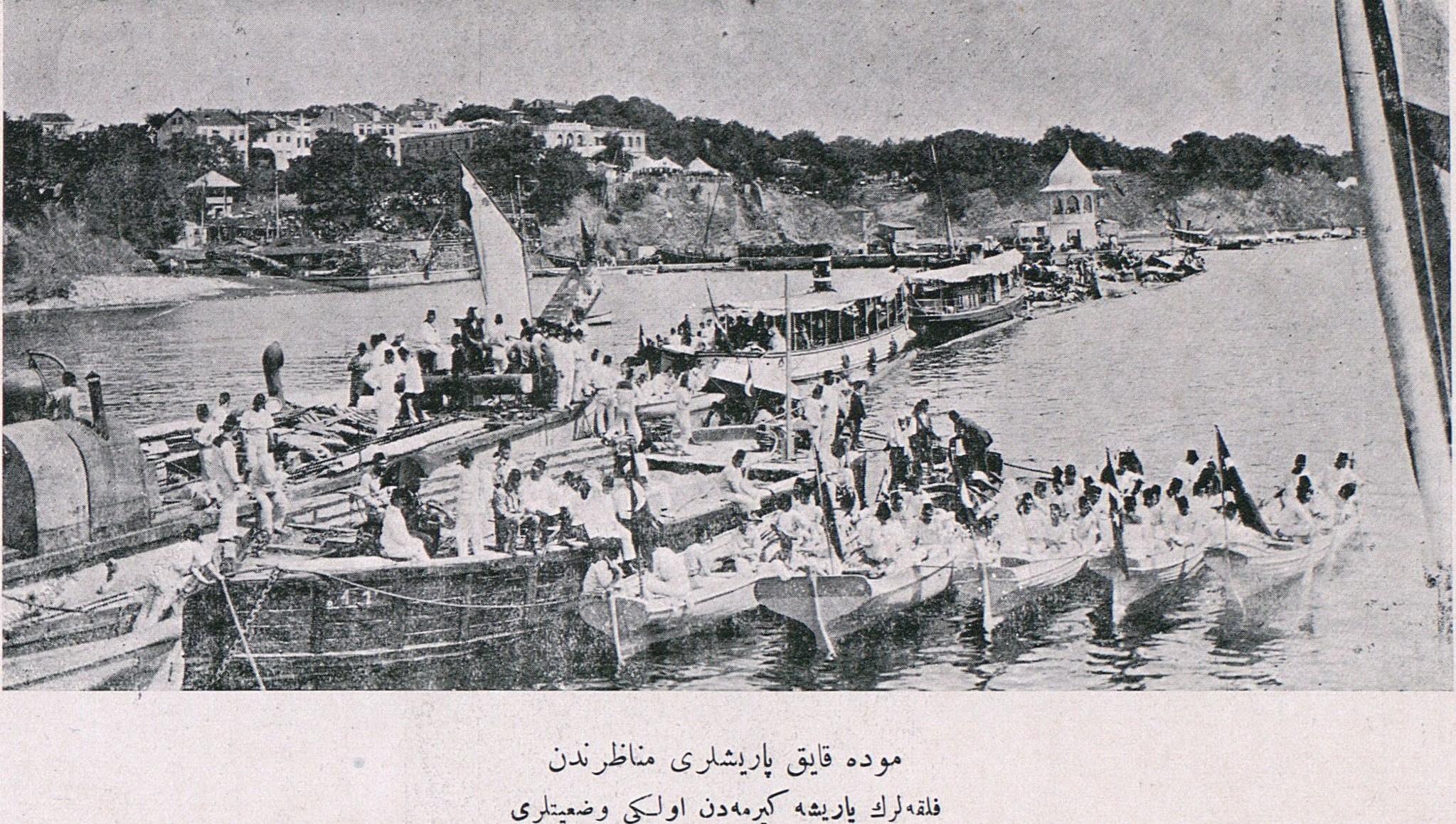 In the early 18th century, there were more than 40,000 boatmen in Britain. Starting from 1715, a race between boatmen titled Doggett's Coat and Badge began to be held every year. These races, which were known as "regattas," meaning rowing in Italian, were very professional. The Americans elaborated on this and began to organize similar races in the early 19th century.

Rowing clubs were established in Britain and the U.S. in the 19th century. Apart from professional races organized by rowing clubs, amateur rowing races were organized by students as school activities. Boats with six or eight rowers were used for the races.

With a river passing through their campuses, regular rowing races were launched in 1820 by Oxford University and Cambridge University. 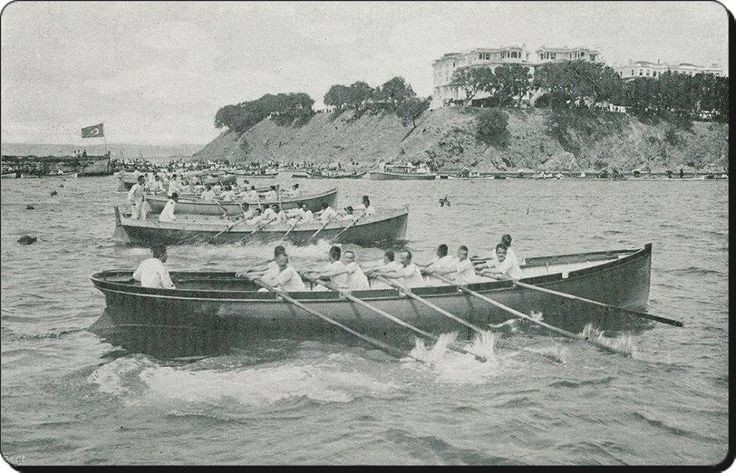 In 1839, the Henley Royal Regatta, which is still being held today, was launched. The interest in rowing soon spread to British colonies such as Canada and even Europe. In 1851, Harvard and Yale universities competed in rowing. Amateur rowing races were first organized in 1872 in the U.S. and by the 19th century professional rowing became the most popular sport of the time.

During the first years of professional rowing, sportsmen used boats with fixed seats. Arms transferred the body weight to the sculls and the boat moved as the body moved back and forth. Sliding seats that began to be used in 1857 in the U.S. then in Britain made everything easier. The race begins as soon as the tip of the paddle enters the water; then, the rowing begins and the paddles are brought out from the water by tipping their ends, putting them back in the same position as in the beginning of the race. Hence, the rowers limit the air resistance. The sculls are steepened before they are sunken in the water again. These movements are repeated as the boat continues to move.

Turks ahead in rowing

It is surprising to not that Turks have been acquainted with rowing longer than the British. The conquest of Constantinople and the existence of the Bosporus and the Golden Horn in the heart of the capital city of the Ottoman Empire enabled this sport to flourish.

People and cargo transports were practiced with long boats in both the Bosporus and the Golden Horn. The boats, which were decorated and reminiscent of works of art, were handled with sculls. Rowing was undertaken by strong young people because it required a lot of strength and endurance. Boatmen in their spectacular attire enchanted young girls; the sculls' moves in the water inspired poets and songs starting with the line "Row the sculls boatman" were the sung by everybody in the city.

The rowers turned their joyful rivalry into races to see who would arrive at the finishing line faster. 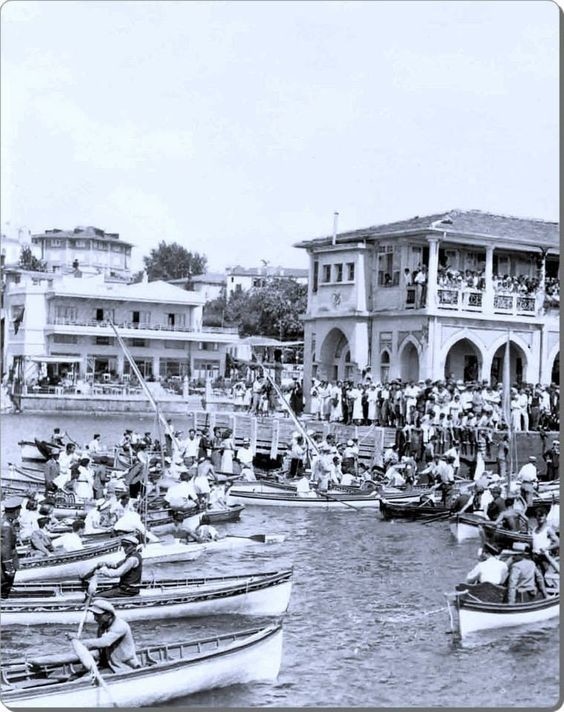 The very first rowing race in Istanbul kicked off in the Bosporus and the Marmara Sea after the conquest of Constantinople.

There is concrete evidence that Istanbul was the scene of rowing races 136 years before the first rowing races in Britain. A document dating back to 1579 in the Topkapı Palace archives depicts these races in detail. The first race took place between a total of 25 boats belonging to grand viziers, viziers and aghas. Ottoman Sultan Murad III watched the races from the Sarayburnu Mansion.

It has been noted that the boat of Grand Vizier Sokullu Mehmed Pasha won the race while Vizier Ferhat Pasha came second. Sultan gave gifts to the rowers of the first and second comers. The people who had flocked to the coast to see the race took great interest in the sport.

The Ertuğrul Frigate, which was sent to Japan in 1889 as a part of amicable relations, stopped in Singapore midway through its journey where a famous race took place between the two countries best sailors. With all the experience gathered in the Bosporus it was no surprise that the Turkish sailors came in first place.

Rowing races organized by the Ottoman Navy in Moda Bay on Sept. 7, 1913 were more suitable to the modern understanding of rowing. Fenerbahçe Sports Club established a rowing boat fleet in 1914. Moreover, a boathouse was built near the club building along Kurbağalı Stream in Kadıköy.

During World War I in 1915, sailing began with the seized British sailboats in Istanbul while rowing races continued at full speed. Anadolu, Altınordu, Galatasaray and the Haliç İdman sports club made names for themselves in rowing.

Today, the popularity of rowing has continued during the Republican era. Rowing became a part of the Sea Sports Federation in 1923. The races took place under the name of the Istanbul Rowing Championships with Galatasaray dominating the sport from 1926 to 1953. The Turkish National Rowing Team almost always had a rower from Istanbul. In 1942, rower Şami Urallı of the Galatasaray Sports Club was invited to the Cambridge Rowing Club while rower Tonguç Türsan of the Fenerbahçe Sports Club won a silver medal in the single scull races at the Mediterranean Games in Barcelona in 1955. Türsan also went on to win the "Golden Skiff," which was the biggest award given in Germany's rowing races.

Apart from Istanbul, rowing races are now being organized in Kocaeli, Sakarya and Ankara. Thanks to its geographical advantage, Istanbul has always been the pioneer of the sport of rowing. The Bay of Moda, Yenikapı - Samatya and Paşabahçe - Beykoz routes have witnessed countless rowing races. Even more recently, rowing races have begun to be organized in the Küçükçekmece Lake, further adding to the country's rich rowing history.
Last Update: Dec 16, 2016 3:26 am
RELATED TOPICS