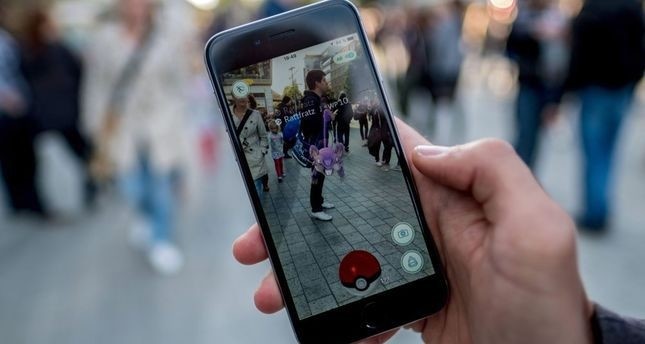 Looking back, the year 2016 has been marked by exploding phones, new launches, ever-rising video game addiction and machine-based revolutions for the tech world

With blasting phones, new ways to interact with computers, federal lawsuits and machine-based revolutions, the thrill of the ever-advancing tech world does not seem to stop anytime soon. Here is a list of the top 10 tech stories that dominated headlines over the year.

When a smartphone explodes, it is probably an accident. But when tens of newly released flagship phones explode, it spells for disaster. At least for Samsung. After a successful launch, which saw 2.5 million Galaxy Note 7 smartphones sold, reports from users around the world quickly surfaced, claiming their phones overheated and, in some cases, exploded. Samsung quickly started a massive recall but eventually the South Korean tech giant had to remove the Note 7 from shelves.

FinTech is short for financial technology and every new startup that has "Pay" in its name operates in this ecosystem. Mobile wallets like Apple Pay, digital payment services like Stripe, or cryptocurrencies like Bitcoin or Ethereum grabbed headlines quite often. This is because many FinTech services provide real-life benefits for consumers and they let us free from restricting and time-consuming processes of traditional banks. With the proliferation of contactless technologies, there is no doubt we will see more on this in 2017.

Pokemon Go made AR mainstream, for a short time

Developed by Google-owned startup Niantic Labs, and empowered by a sense of nostalgia, mobile game Pokémon Go was an instant hit. Tens of millions of people downloaded the augmented reality (AR) game in the same day and streets of the real world suddenly became virtual Pokemon hunting grounds. Tech geeks, like yours truly, celebrated this as the beginning of AR-era. But shallow gameplay mechanics and absence of new feature updates led to the early-death of Pokemon hype.

Nearly all tech-giants tried to make VR mainstream, but failed

Virtual reality, or VR, is seen as a whole new way for humans to interact with computer-based systems. This is why every big player in the tech world, Samsung, Sony, Microsoft, and even Facebook, cannot stop trying to bring a compelling VR product to the average consumer. Sadly, despite their best efforts and big marketing budgets, we are still years away from seeing a VR product in non-geek houses.

Apple refused to crack an iPhone belonging to a terrorist

FBI wanted Apple to build a software to eliminate built-in security protections of iPhone, starting with the locked phone of one of the San Bernardino terrorist attack suspects. Cupertino company refused, saying that it is going to put millions of citizens' privacy and security at risk. After a long debate, FBI found a third party "security expert" to crack into the aforementioned iPhone. But the core case of consumer privacy remains far from solved.

Elon Musk shared his plan to colonize the Red Planet

All of us dream about traveling to another planet. Fortunately, billionaire entrepreneur Elon Musk devised a plan. By developing reusable space rockets, SpaceX CEO aims to reduce the cost of a potential trip to Mars from tens of billions of dollars to a mere $200,000. The only problem is that he is focused on the travel itself, Musk leaves the colonization puzzle and building a self-sustaining community in the Red Planet to other visionaries.

It will be never known if Hilary Clinton was elected, whether the world - or social media in particular - would have a fake news problem or not. But 2016 saw Donald Trump as president-elect and now everyone blames the social media as a fake news source that impacted the outcome of the elections. Facebook CEO Mark Zuckerberg first denied this claim, but now even he is determined to solve the fake news problem that spreads misinformation to users.

The Internet of Things became a game-changer, but not for you

The Internet of Things, connected smart devices that can communicate with each other, seemed like a new trend in consumer electronics. But we quickly realized it isn't for your average user; it's a revolution in industrial manufacturing. Led by the "Industrie 4.0" road map of Western countries, Internet of Things enables smart manufacturing processes for factories, faster go-to-market for companies, and an unprecedented level of efficiency for the whole world. Smart home applications might not catch the interest of end users; but millions of smart and connected devices are changing the way business world works.

Self-driving cars are no longer a dream for big boys

It has been nearly 35 years since the first episode of iconic show "Knight Rider" aired, starring David Hasselhoff and featuring a smart car named KITT. Thanks to the advancements in communication and automotive technologies, many manufacturers are now ready to develop their first self-driving or autonomous car. Both the automotive and technology industries welcome innovation in this field. Even ride hailing company Uber plans to utilize cars without drivers. Hopefully, 10 years from now we will remember 2016 as the year that self-driving technology gained momentum.

Late to the 3G party, Turkey was rather quick to catch the 4G LTE train with its own take; the 4.5G that positions itself between 4G and 5G. It provides 10 times the speed of 3G technology. The most important feature of 4.5G is the increase in data transmission speeds. All Turkish mobile telecom companies are offering 4.5G services with their own branding, making the whole thing even messier. But despite the confusing names, the service itself is quickly embraced by Turkish mobile audience and by the end of the year became the new standard.
RELATED TOPICS