A lesson from Switzerland 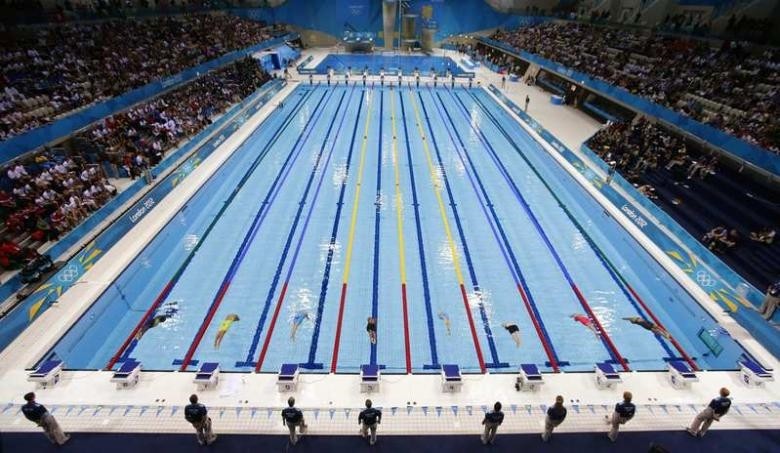 Last week the European Court of Human Rights ruled that two Muslim families living in Switzerland were to be compelled to send their daughters to mixed school swimming lessons. This has caused concern in some quarters and jubilation in others

The children in question were daughters of Swiss-Turkish parents. The parents did not want their daughters to join in a co-ed swimming class, stating that such a situation would be in contravention of their religious beliefs.

According to the European Convention of Human Rights (ECHR), although freedom of religion had been hampered, or interfered with, there had been no violation of freedom of religion and Switzerland's right to "facilitate successful social integration according to local customs and mores" trumped that of the parents' religious sensibilities.

The swimming class in the Swiss school was seen as a means of social integration, and this was more important than any individual belief.

Yet, according to Article 9 of the ECHR, the article on which the parents' complaint was based: "Freedom to manifest one's religion or beliefs shall be subject only to such limitations as are prescribed by law and are necessary in a democratic society in the interests of public safety, for the protection of public order, health or morals, or for the protection of the rights and freedoms of others." That is, any limitations prescribed by the law on their own are not enough. If the limitations are to be upheld they must have been put in effect to protect public order, health or morals, or to protect the rights and freedoms of the people.

The question then is this: was there a real threat to public safety, public order, health or morals are by two young girls not joining in a co-ed swimming class? Were the rights and freedoms of others being infringed upon?

The ECHR did not adjudicate this case based on the European Convention of Human Rights, which was the argument on which the plaintiffs made their case. The ECHR was established to uphold the European Convention of Human Rights - that is its raison d'etre. Naturally, the ECHR has to take into account national laws and customs. But it seems clear here that two girls not joining a coed swimming class is no threat to public order or safety; rather, compelling them to swim constitutes a serious threat to freedom of religion.

Before looking at the issue on a local level, it should be stated that many countries offer women-only swimming in public pools. The U.K., Australia and the USA are some of the countries that do so. The women attending these women-only sessions are not all Muslims. Some are of different religions, and some just prefer swimming in a women-only environment. One women's-only pool describes the atmosphere as "serene and relaxing." When women go to women-only swimming sessions this is usually actually only a matter of choice. Take away that choice, and then there is a question of whether one's civil liberties are being infringed.

On a more local level, this is not the first case in which Switzerland has forced Muslims to comply with its mores and traditions. Two boys, aged 14 and 16, who are of Syrian descent, were compelled by law to shake the hands of their female teachers. Apparently, children in Switzerland shake a teacher's hand before and after class as a sign of respect. It is considered to be part of Switzerland's culture. According to the New York Times, Justice Minister Simonetta Sommaruga stated that "shaking hands with a teacher is an important part of Swiss Culture." The president of the Swiss Teachers' Union argued that the boys should be forced to shake hands in school because they would have to shake hands throughout their professional life. This is a ridiculous leap to a conclusion that is not based on any fact. Many Muslim professionals do not shake hands, but are respected for politely acknowledging the handshake without participating in it. School is the perfect opportunity for children to learn how to stand up for what they believe without causing offense.

On the shaking-hands matter, the cantonal authorities in Basel stated that "the integration of foreigners and the fostering of gender equality were in the public interest and that this consideration trumped the private interests of the two students."

Last year in June two Muslim immigrant girls in Switzerland also refused to join in a coed swimming class. The consequences for these girls was that their naturalization applications were rejected. The conclusion was that as they did not swim with boys they were not allowing the Swiss culture and conventions to prevail over their religious beliefs, and thus just weren't willing to become Swiss enough.

Apparently being Swiss is much more important than being a signatory of the ECHR, or being tolerant of different faiths and beliefs.

Being Swiss is more important than being a free individual with strong beliefs and morals. Indeed, conformity is the very basis of Swiss culture. This conformity means that everyone in Switzerland works together toward the general greater good. All Swiss people must put the greater good before their own.

That's all good and well. But it is not only the Muslims who fall foul of the rigid Swissness of the Swiss. Orthodox Jews do not believe in coed swimming either, and have very similar codes of modesty. The Orthodox Jews also face a different challenge - Saturday activities. If the school arranges an event on Saturday, Orthodox Jews, according to their religion, cannot attend. Yet, the Swiss reaction is that this family is acting in opposition to the culture and is unwilling to participate in the community, perhaps even to the detriment of the child.

And it is not just different beliefs that fall foul of Swiss tradition. To become a citizen, immigrants need the recommendations of local residents. Many applicants have been refused because they are not seen to be "Swiss" enough. A family from Kosovo was told that their relaxed (or shabby) dress style and their failure to greet passersby meant that they had not become integrated enough. An American was refused naturalization after living in Switzerland for 40 years because he could not name any Swiss friends.

The real problem in the aforementioned swimming case is not that the ECHR, established to adjudicate on the European Convention of Human Rights, voted in favor of local customs and mores rather than upholding the Convention. The real problem is that Switzerland's approach to integration forces people to abandon that which makes them different, and perhaps even unique, to become the same.

Of course, how the Swiss culture is protected and propagated is something for the Swiss nation to decide. Yet, it cannot be overlooked that this is a time when many countries in Europe are reevaluating, or should be reevaluating, how they treat minorities - both new and old. The problem is that there is a real threat of radicalization. This threat is all the more sinister because those who are trying to radicalize the youth know how to attract young people; they are on social media, they have effective messages, and they are evil. There is a very real chance that young people who have been made to feel that what they hold dear counts for little in their new country will decide that this country counts little for them.

Immigration is a serious issue today. Radicalization is a serious issue today. But these two issues are only connected in the sense that if the new home-country forces the immigrant to make choices about their own mores and traditions, if it prevents them from acting in accordance with their very core beliefs, then an ostracized community can develop. People cannot be forced to become a member of a community. They can be invited and if understanding and consideration are shown, they will most likely join willingly.

But when a host community says "My way or no way" then only one of two choices is left. The newcomer joins, abandoning everything that is different to the new way of life, whether or not their former values and traditions are important to them. Or, the newcomer says "No thank you" and looks for a different group to join. And, once again, herein lies the danger.

Integration cannot be forced. When integration is forced, it becomes assimilation. In this day and age, at a time when extremism is rampant in Europe, when institutions are being set up to help "de-radicalize" youth, the Swiss approach will inevitably push some young people further and further into a corner. What scares me is the thing lurking in the corner.
Last Update: Jan 14, 2017 1:05 am
RELATED TOPICS