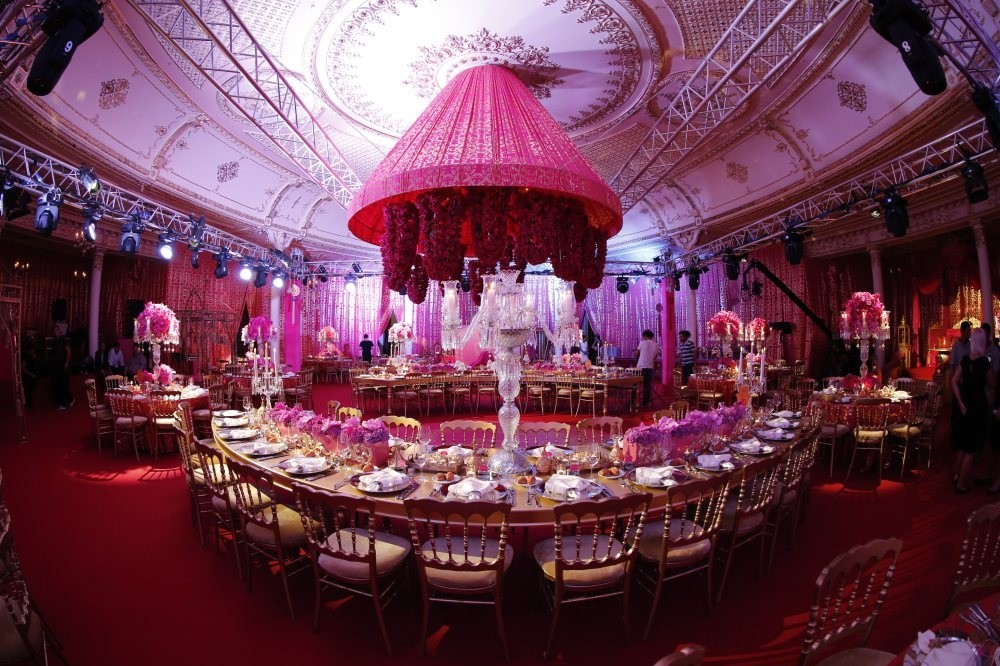 The henna night is a deep-rooted wedding ritual in Turkish culture that generally happens one day before the wedding ceremony where the bride celebrate her big day with family members and friends before tying the knot. However, a visible shift arises in how brides prepare for this day from apparel to event music, turning it into a more of bachelorette's party

One night before her wedding day, Elif Uçar, 22, and her mother Ayşe Sadıklar, 49, prepared for the henna ceremony which would mark Elif's last evening before becoming a bride. It was the last step before the big day. As numerous women, young and old, gathered to say goodbye to the bride-to-be for the last time before the wedding day, for Elif the henna celebration was the most highly anticipated part of her wedding experience, giving her the opportunity to enjoy time with her friends freely before tying the knot. However, that night, unexpected conflicts between Elif and her mother overshadowed nearly every aspect of the night, with topics of discussion dominated by her mother's insisting demands in accordance with traditional, cultural expectations. Unlike her mother, Elif was fond of a modern and trendy approach to wedding planning despite her mother insisting: "I want my daughter to be a proper Turkish bride-to-be. For this reason, everything must be done according to Turkish traditions." This was the phrase that constantly came to Elif's mind anytime she thought of her mom throughout the wedding planning process. As an intelligent, modern young woman, Elif believes that she can do whatever she wants to with regard to her special henna night celebration, even if that means rejecting the traditional norms. Elif even asserted that she could set off fireworks if she wanted to. That is to say, this night was more of a party night for her rather than a traditional night of farewell.

Throughout the years, the henna night has been celebrated across Turkey with various rituals according to regions. However, there has been an ongoing trend in recent years as these rituals have become intertwined with contemporary trends. Although both Elif and her mother agreed that the most important feature of the henna night is the music, they differ dramatically on their music preferences. The new generation like Elif and her friends, have started the preparations for the music list over six months ago. Their list mainly composed of pop and dance songs with few oriental dance additions. Everything seemed perfect, until her mother saw the list and a little crisis came out: "Of course the music is irreplaceable. However, it has to be the precious songs of our beloved folk music like 'Yüksek Yüksek Tepelere' (a common emotional song that is used for brides-to-be in Turkish culture). Don't I have the right to cry over this song at my own daughter's henna night?" her mother said over and over again. Every woman close to her age follows a similar mindset. Brides-to-be generally cry and are even forced to cry on their henna nights when the folk songs are sung by the local women; therefore, henna and crying is regarded interconnected in Turkish society. "These songs are old-fashioned. Now, there is Rihanna, Lady Gaga, David Guetta whom I adore. My friends and I want to dance and have fun with these songs on my henna night. Demet Akalın's (a famous Turkish pop singer) "Evli, Mutlu, Coçuklu" (Married with children and happy), for instance, is a must have for every henna night. I cannot imagine a dance scene without this song." 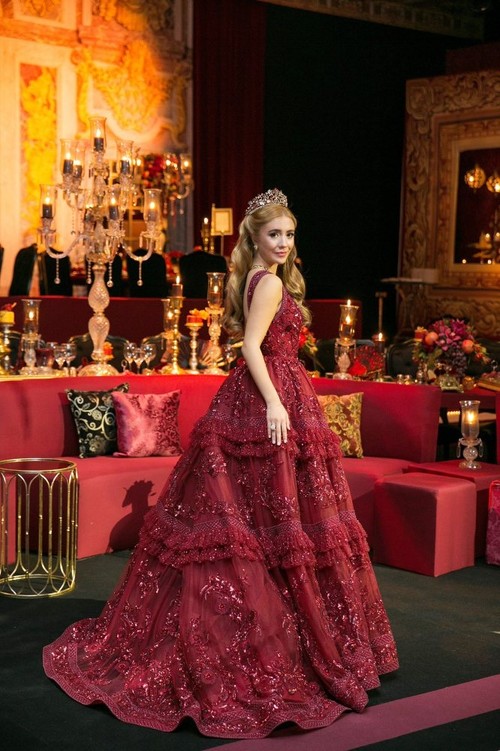 Similar arguments broke out on almost every topic in relation to the organization such as hiring a DJ instead of having drums and clarions, various decoration items such as banners, masks and thrones. When friends of the bride-to-be wanted to perform special dances for the night, old women are most likely to burst into laughter before saying, "You girls are both crazy and ridiculous!" Even the venue of the henna party has evolved over the years. Until recent years, there hasn't been any discussion over the venue itself since houses and their gardens were the only option. However, today, houses are not even considered as an alternative. Instead, they were first replaced by saloons and cafes then hotels and clubs overthrew all of them. Istanbul's high-end hotels like Polat Renaissance or Four Seasons with a beautiful view of the Bosporus and authentic Ottoman mansions like Hidiv Kasrı and Küçüksu Kasrı are the most attractive locations for the ceremony. Although henna nights have a modest nature, the shift from traditional henna celebrations to modern ones do not include merely holding events at affluent hotels or mansions, but affordable henna night options are also available for soon-to-be-married couples. These may include henna parties at municipal social facilities, sea-side restaurants or even boutique cafes.

The concept of organization of these parties has also changed drastically. It took a route from traditional to thematic parties (e.g. retro, the 1980s, color-themed and costume parties) with its special decorations mentioned above. The parties that were depicted in Turkish dramas in recent years as well as the henna nights of celebrities have contributed to this cultural transformation. Now, it is not surprising to hear from a young bride-to-be that she wants her friends to put a groom's mask over their faces, similar to the henna scene from popular Turkish TV series "Aşk-ı Memnu" (Forbidden Love). In the past, dried fruits and nuts were the only treat distributed to guests on the henna night. However, as catering companies come to terms with the new trends among the country's youth, these companies or professional hotel chefs offer a wide range of foods specifically made for the henna night. Elif's mother's dried fruits and nuts from the Spice Bazaar would be no competition against the colorful cupcakes with Elif and her groom's initials on them.In addition to these concepts, brides-to-be, also known as henna queens, don't seem to be satisfied with merely one gown for the entire night. While the traditional "bindallı," a caftan-like red or green costume that is designed especially for henna nights, was typically worn by the bride-to-be, nowadays girls in the upcoming generations prefer to wear at least two costumes in addition to the "bindallı," which has since expanded to include a wide range of colors and styles. Even international and national fashion designers like Alexander Mcqueen, Ellie Saab, Nur Yerlitaş and Cemil İpekçi are being hired to design these special costumes. Every woman dreams of having the privilege to wear gowns by famous fashion designers and, if they cannot afford it, they have

these pieces replicated by local tailors. "I am only getting married once, so I want everything to be of the highest standard. I want my dress to be similar to a designer's piece just like Sena Ağaoğlu's (the daughter of famous Turkish businessman, Ali Ağaoğlu) whose gown was designed by Zuhair Murad. It was marvelous!" Elif said.

Even the developments in technology are integrated into these nights.Traditionally, candles are used on henna nights in order to increase the mystery of the atmosphere. The lights go out and the bride-to-be sits in the middle of the group of ladies while everyone else gathers around her. Then, the single young ladies start to turn around her with candles in their hands. However, this ritual may lead to unexpected accidents, which eventually turn into village legends that pass through generations. "Back in time, on my henna night, I remember that everyone was crying so loudly, including me, when we heard the screams of my cousin. I was so shocked and angry since my emotional moment was overshadowed by those screams. It took quite some time for me to realize that she had burned her hair while holding the candle. It was an unforgettable day both for me and my cousin, since she lost her hair." This harrowing story was one that Elif had heard many times from her mother since childhood. Nowadays, instead of candles which bear danger within them, there are artificial candles which are less aesthetic but safer. 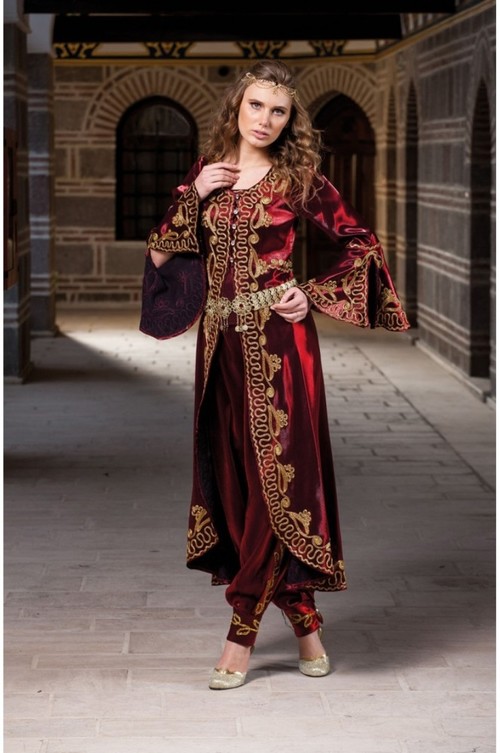 Henna, the name-giver of the henna night, is a flowering plant that plays a big part in not henna nights but also various celebrations in Turkey. On Muslim holy days such as bayrams or during soldiers' farewell, henna is applied as a symbol of honor.

Brides-to-be are also honored, as they were in other societies, with henna. Other cultures also began to have influence on the ritual in recent days. Indian henna is the freshest trend among the young girls. Traditional henna is put in the palm with a gold coin (to bring prosperity to the couple). Indian henna, on the other hand, is a form of body art which is made with aesthetic concerns. It's flowery exotic patterns are favorite of every bride-to-be nowadays. Also, the concept of the bridesmaid is a recent addition from other societies to Turkish henna night culture.

These changes although insignificant and little in the context, when they all came together, the transformation of henna nights became quite apparent. Today, it wouldn't be wrong to say that these organizations are more of a bachelorette's party, than a traditional henna night. "It is not easy for me to reach an agreement on certain points with my mother. Yet, at least, we agree on the music," said Elif, with a peaceful smile on her face.