Strong at times, how problematic relations between Egypt and Turkey evolved over centuries 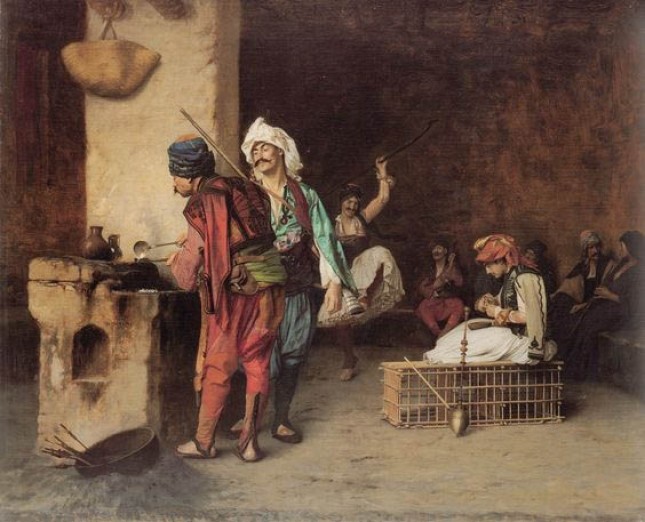 Until the early 16th century, Egypt was ruled by the Mamluk Sultanate and it became an Ottoman province in 1517. Under Ottoman rule, Muhammad Ali Pasha was the most influential name in Egypt, and his family ruled the region for more than a century

The Ottoman Empire always had good relations with the Mamluks. When the Ottomans won in battle, they used to send messengers to Egypt to announce the news and distribute war spoils to Cairo. Likewise, the conquest of Constantinople in 1453 was celebrated with great enthusiasm in Cairo, and marching bands even performed in the courtyard of the sultan's palace.

However, the gradual growth of the small Ottoman state in Anatolia had begun to make the Mamluks jealous. When Sultan Mehmet the Conqueror received the news, he reacted harshly against the unacceptable treatment of an Ottoman ambassador by the Mamluks in Cairo. 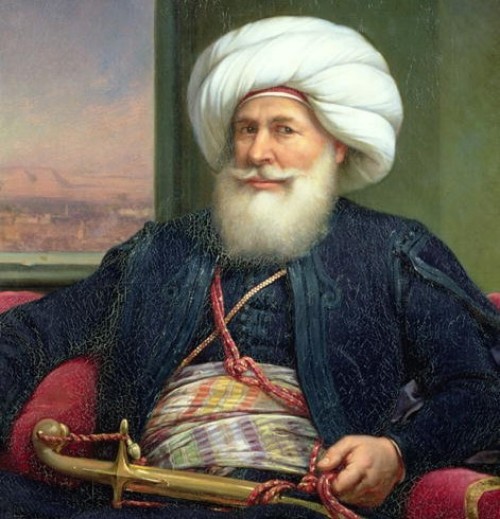 Moreover, the Mamluks' support for the Ottomans' enemies raised, even more, tension between the two. An ambassador, who was sent to the ruler of India on Sultan Mehmet the Conqueror's order, was arrested by the Mamluks in Jeddah on his return and the gifts he brought were confiscated.

However, after the Ottoman sultan passed away, and his successor, Bayezid II took over; he chose not to take action. Yet, this would not last long, when the ruler of the Mamluk Sultanate protected Cem Sultan, who rebelled against his brother Bayezid II, relations between Egypt and the Ottomans were destroyed and war broke out.

However, after neither side could defeat the other because of weakened armies and depleted resources, the issue was resolved diplomatically. In the following years, Cairo's alliance with Shiite Iran brought an end to the Mamluks.

While no Mamluk sultan had ever lost a battle or been killed in battle, two sultans, who were defeated by Ottoman Sultan Selim I in 1516 and 1517, died. Egypt had now become an Ottoman province.

Located on the spice trade route, Egypt has always attracted the interest of imperialists. In 1798, Muhammad Ali of Egypt rose among the volunteers that gathered to save Egypt from French occupation with his intelligence, ability, and fortune. He later declared himself the Khedive of Egypt. The Ottoman Empire, which was fighting with the French troops at the time, had to accept the imposition.

Muhammad Ali Pasha, who was useful in suppressing the Greek Rebellion, was unable to take an insult from the Grand Vizier Hüsrev Pasha. After he was deceived by the French, who took advantage, and rebelled, he came to Kütahya.

The Ottomans sought ways to gain Britain's support against the rebellion. The issue was resolved by giving the governorship of Syria to Muhammad Ali Pasha in addition to Egypt. He quickly proved that he was not a man to be underestimated.

Following this, Egypt lived under Ottoman rule as an apparently obedient, but in fact a self-ordained Ottoman state.

The Suez Canal, which links the Mediterranean Sea to the Indian Ocean, did not bring good luck to the country. Since it was located on the way to India, it attracted London's attention. In 1882, the British occupied Egypt, which was unable to pay its debts and in 1914, they officially annexed the territory.

During the Republican era, there were serious crises between the two countries. Mustafa Kemal was recognized as a hero in the eyes of the Egyptians for his fight against imperialism and he was a very popular figure there.

However, the deportation of former regime members, especially the Ottoman dynasty, and their asylum in Egypt led the Egyptians to look at what was happening in Turkey more realistically. The anti-religious practices of the Ankara government led to antipathy in Muslim countries.

Some of the early problems in Egypt arose after a ludicrous incident. During a reception at Ankara Palas on Oct. 29, 1932, Mustafa Kemal asked Egyptian ambassador Abdülmelik Hamza to remove his fez. The astonished ambassador unwillingly took off the fez, which was recognized as the official headgear of Egypt, and later banned in Turkey for seven years.

The fez, reminiscent of a cut head, was put on a tray carried by the waiter and taken away. The ambassador, whose face turned red, left the reception. The British newspapers gave wide coverage to the incident for days and Cairo sent a protest notice to Ankara.

Two months of tension ended after the Ankara government sent an apology. In the aftermath, certain Egyptian newspapers published articles teasing Mustafa Kemal Pasha. Although the Turkish government harshly criticized the articles, Cairo sent a message, saying that these were all about humor and there was nothing to take offense to. In return, this tension disadvantaged the Turks who were hoping to take back Ottoman-era properties in Egypt.

Another crisis broke out in 1954. Fuad Hulusi Togay, the then Turkish ambassador in Cairo, was the son of the famous Fuad Pasha, a popular state figure from the era of Ottoman Sultan Abdülhamid II. Like his father, he was a harsh man and was married to Princess Emine of the Egyptian dynasty. Upon overthrowing the royal family following a military coup, the newspapers had written some unfavorable pieces on Princess Emine.

A common diplomatic strategy, Togay wanted to return to Turkey but he was rejected by the government but a while later his offer was finally accepted. In his farewell ceremony, Togay had decided not to invite any Egyptian officers.

"No one would see me in such a messy place again," he said.

"I will only shake the hand of a gentleman," Togay said.

A day after he was declared persona non grate, he was asked to leave Egypt within 48 hours. Togay was insulted at the airport right before his return. He was not allowed to go into the lounge for diplomats and his personal belongings were tediously searched through. His final hours at the airport were photographed and published for days and subsequently, relations between Egypt and Turkey remained cool for the next several years.

The abolition of the Ottoman Empire and the Turks' renouncement of the caliphate in the Islamic world motivated Egypt to become the country to lead the Middle East. A socialist regime was set up after the kingdom was abolished in 1953 and the country turned into a Soviet follower. Egypt also became a power in the Middle East and dominated the period's other small Arabic countries like Syria, Iraq, and Yemen. This made the U.S. and its ally, Turkey, anxious.

When Nasser was overthrown in 1970, hope emerged. The arrival of Enver Sedat helped Egypt map its own route without the influence of the Soviets. When he was killed in 1981, Egypt remained in the middle of a dispute between the U.S. and the German-France alliance. The U.S. has never favored a government that challenges Israel.
Last Update: Feb 11, 2017 1:38 pm
RELATED TOPICS