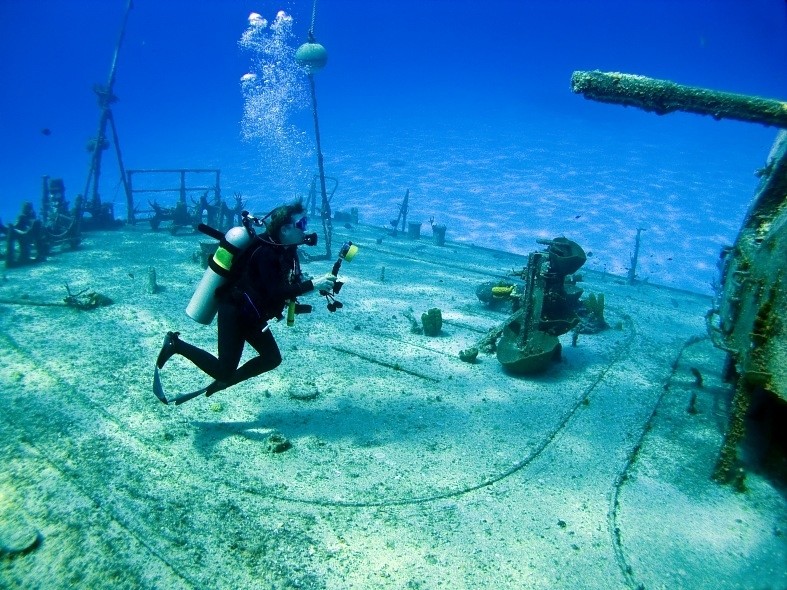 The endless diversity and bright colors of marine life provide some of the richest photographig experiences a photographer could hope for. Delving into the depths of ocean waters around the word for years, Tahsin Ceylan has come across both fun and danger underwater

Striving to push the boundaries of underwater photography, 58-year-old Tahsin Ceylan is a pioneering name that has devoted his entire life to studying marine life, diving in the Red Sea, the Atlantic Ocean, the Pacific Ocean and the waters off the Turkish coasts dozens of times. After starting underwater sports - after completing life-saving and first aid training - around 30 years ago, Ceylan wants to continue diving for the rest of his life.

Being an underwater photographer requires a high degree of technical skill to photograph a submerged setting. Delving into the depths of ocean waters and capturing pictures that come out with a good blend of light and beauty makes marine photography a very demanding task.

Ceylan said that diving is a passion for him and that the documentaries and books featuring his photographs and videos have crowned his career. Experiencing many memorable moments throughout his career as a diver, he noted: "One of the most interesting ones was the first time I captured the image of a Mediterranean monk seal in its natural environment. Seahorses are also interesting but the sharks are always terrifying and beautiful. When I was taking the picture of a shark in Gökova, I pressed the shutter once and I do not remember after the second time I pressed it. I immediately ducked my head because a shark was passing right above me." 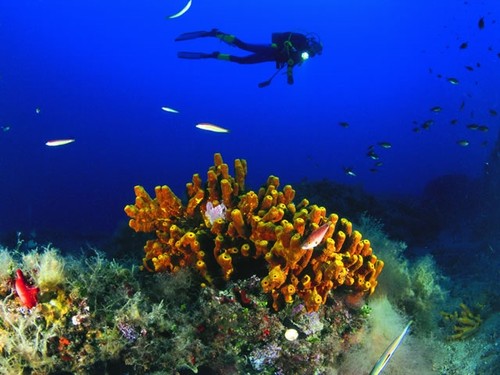 Ceylan said that he has not recorded how many times he has dived. He spends most of the time discovering. He claims the seahorse he captured in Kaş named "Princess" is the most exciting image he has taken so far in his career as an underwater photographer. Ceylan said: "I do not think I'll ever be able to take such a fascinating picture again. I think it is one of those 'live once, think about it a thousand times' moments. On the other hand, the moment I captured images of a Mediterranean monk seal, which I saw in Kaş again, is another moment I will never forget."

Ceylan said that he does not dive alone but rather shares the underwater world with people through his images. "I have dived from pole to pole. I have dived in all seas and I travel all around the world all the time. Our endeavor to keep this going continues unless we get old. Sometimes they ask me, 'How long will you do this job?'" Ceylan said, continuing: "Imagine that you have a summerhouse on the most beautiful beach in the most beautiful town in the most beautiful city in Turkey. You lie on a sun lounger, dying thereby stretching out. I prefer to be between the teeth of a shark if I have to face such a death."

Saying that diving is not just about going in and out of the water, Ceylan said that he believes diving is also a cultural accumulation and that the vast majority of people who are interested in diving have a certain knowledge of physics, chemistry, biology and ecology, stressing that they know nature better than the average person: "I learn everything from nature and I try to teach others what I have learned," Ceylan continued.

"If our new generation begins from nature, they will not content themselves only with diving. They will learn the top and bottom of ice and how evolution is advancing in nature. Thus, it is possible to live their lives happily and meaningfully and by leaving a trace. Otherwise they will only be bystanders," he said. The seasoned diver also said, "Life is made up of two entities: Those who live and those who watch the living. We are the living."

Indicating that the sea is not the only place for diving, Ceylan said that there are many lakes and dams available for diving in non-sea areas of the country, noting: "Ankara is the city with the most divers in Turkey - everyone thinks it is Istanbul but it is not," Ceylan said. For him, everything in his life started with water, which he loved. Ceylan said that people owed much to the sea.

Tahsin Ceylan is the first man to have ever photographed the endangered Mediterranean monk seal underwater in Turkey. The photographs he took in Kesikköprü of freshwater turtles were included in the communique presented to the World Herpetology Congress in 1997 and were awarded first place. The same image was also published as the cover photo in the October issue of EMYS Science Magazine, published in 1998 in Europe. The image of the seahorse "Princess," which he captured in Kaş, received the Jury Special Award in the Seahorses of the World in the U.S. contest in 2005. "Princess" was placed on exhibit in London in from April to June 2007 as one of the top 10 recorded seahorse photographs in the world.
RELATED TOPICS