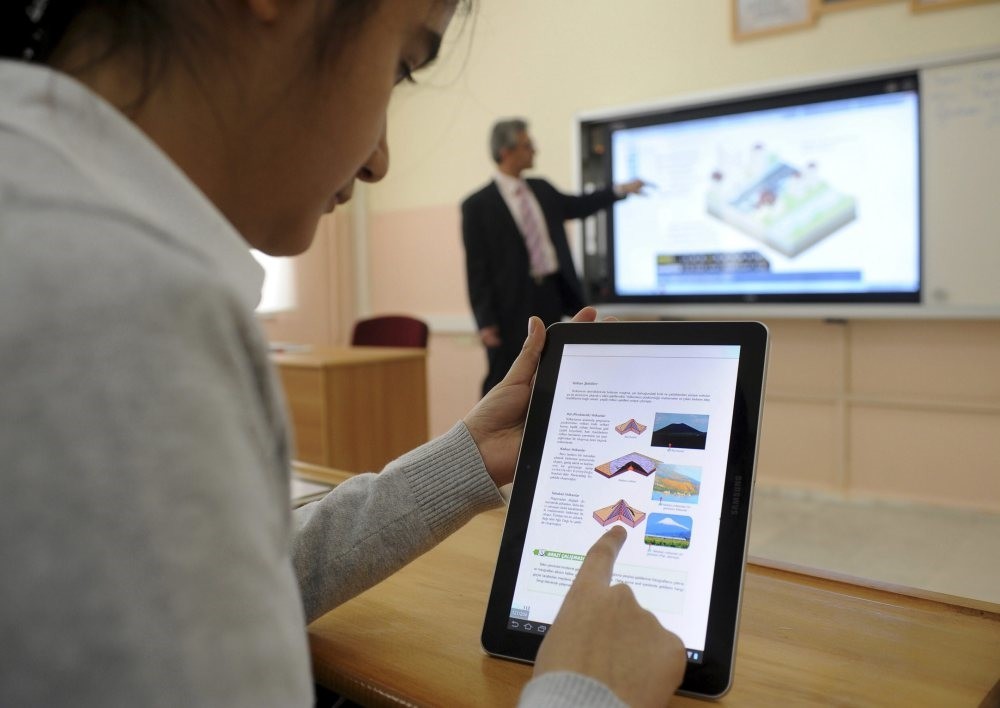 A student is introduced to the Fatih project in the classroom with a laptop. At the fair, the ministry of education had an exhibition to present the Fatih Project to the rest of the world.
by Jane Louise Kandur Feb 18, 2017 12:00 am

Last week saw thousands of teachers flocking in to Stuttgart, Germany. Teachers from Germany and from neighboring countries came to learn from one another, to study the latest techniques and methods, and to watch demonstrations of ground-breaking technology

Stuttgart, a city in the south of Germany, has a history that goes back over a thousand years. There are a number of impressive structures in the city, including the Old Castle, dedicated to Claus von Stauffenberg. Stauffenberg is famous as he attempted to assassinate Adolf Hitler. Another is the imposing TV Tower, which literally towers over the city. This structure, begun in 1956, was the first in the world to be made out of concrete.

By the late 19th century, things began to change in Stuttgart. Karl Benz started to produce automobiles and motorcycles here, while Gottlieb Daimler industrialized the process in 1887. Robert Bosch also contributed to the new trend of technology in the city, changing the path that Germany was to take. The city is now among the top 20 European cities in GDP. The reason why this is so is not just due to history; large companies like Porsche and Mercedes-Benz have made their headquarters here.

Stuttgart attracts a large percentage of R&D money (around 4.3 billion euros a year). Stuttgart also acts as host to a number of universities, research institutes and innovative centers.

But what attracted thousands of teachers to Stuttgart last week was not industry; it was education. The Didacta is a trade fair for education and training. This was the ninth time the Didacta was held in Stuttgart. This is the largest international trade fair for education. Nearly 1,000 exhibitors from over 20 countries had stalls in an area measuring 78.000 sq meters. It is estimated that over 95,000 people attended the exhibition in Messe Stuttgart. Not only teachers, but people from the worlds of education, business and science were present.

The area of education covered at the Didacta was from preschool to further education. The themes covered included early education, university, training and qualification. New technology, ministries, institutions and private organizations were all represented here. 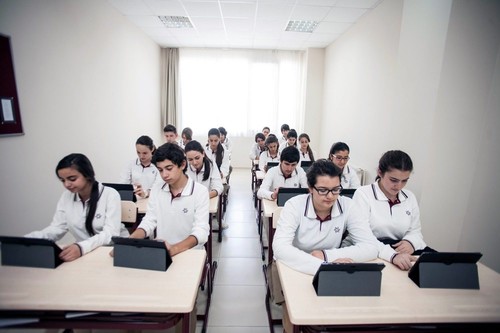 The figures are not yet out for this year, but in 2016 the exhibitors at the Didacta came from countries throughout Europe, as well as countries like Argentina: Bolivia, Brazil, Canada, China, Colombia, Ecuador, Egypt, Iran, Kenya, North Korea, Lebanon, Mexico, Nicaragua, Philippines, Russia, Singapore, South Africa, Taiwan, United Arab Emirates, and the U.S. This year, Turkey was added to the list.

This year, a group of 10 teachers and administrators from Irfan College in Istanbul attended the Didacta. Led by Zeynep Kubra Süer, a young teacher fluent in German, English and Turkish, the team investigated what was on offer throughout the world. Their aim was to bring the new techniques, methods and technologies back to Turkey. Fortunate enough to be included in the group, we combed the halls, examined exhibitions, asked questions and listened to lectures. Collecting material, information and, of course, toys and games, everyone was inspired by the dedicated educators and innovators present.

But this year, Turkey also had an exhibition. The Turkish Ministry of Education had a large exhibition dedicated to presenting the Fatih Project to the rest of the world.

Started in 2010, the Fatih Project (Fırsatları Artırma ve Teknolojiyi İyileştirme Hareketi - Movement to Increase Opportunities and Technology) was introduced to integrate state of the art technology into the Turkish education system.

However, the Fatih project is set to start in the 2017-18 academic year. It will begin by being introduced to fifth and ninth graders (beginning of middle and high school). The tablets will be given to the children, and will belong to them. They can take them home to do their homework, as well as play games and do whatever else they like. However, the Ministry of Education will block any sites they feel might be harmful to the kids, protecting them against the evil that the internet can present.

The project includes a classroom management system, in which the teacher can give tasks, check who has done the task, how well they have done the task and when they have done it. The teacher has a code, which they enter into the tablet and give to the students. The students then enter the same code to do the task. The teacher is able to see who has used the code and who has not. Lessons can be prepared and sent to the students. More importantly, the teacher can lock the tablets, thus enabling a return to a more classic style of teaching.

The curricula for fifth and ninth grade have also been updated to make them more suitable for use with technology.

The Turkish exhibition attracted quite a lot of attention from the visitors at the fair. Many of the visitors, in particular German teachers, commented on how the Ministry of Education in Turkey has achieved what the German teachers are still only dreaming of.

The Didacta is an impressive exhibition of the dedication of educators to their profession. The exchange of knowledge and inspiration is what makes teaching rewarding, and an exchange on such an international level is promising for the future.

What is even more promising is the new ground being broken in Turkey. These new steps being taken in education, both in private and public education, can only bode well for the future.
RELATED TOPICS