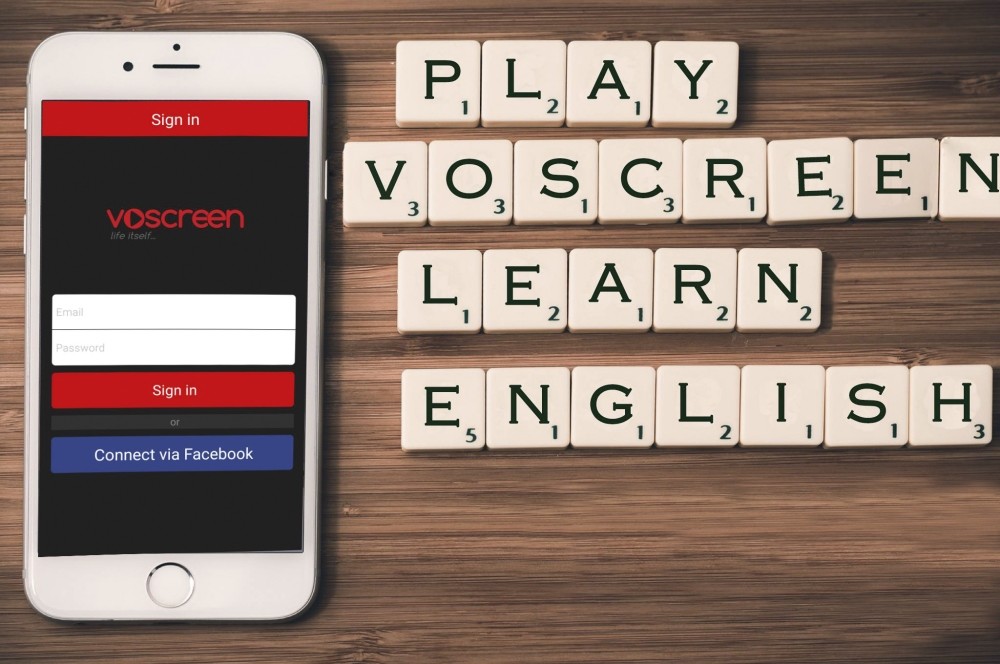 Dozens of language learning apps are available on smartphones, providing users with access to learning materials. Voscreen, a mobile app created by a Turkish enterprise, stands out among them with its entertaining and informative content

Mobile apps offer solutions to foreign language learning, a chronic problem that has haunted Turkey for years. With 1.8 million users in 78 countries, the Voscreen app, a language learning accelerator, offers English language lessons through 15-second films, TV series trailers and animated videos. Available worldwide in 21 languages, and free for Android and iOS, the app asks the users questions while the users mark the correct answers.

Interestingly, this simple-looking platform has a complex technological infrastructure run by a team based in Istanbul's Şişli district.

Deniz Dündar, the founder and joint investor of Voscreen, said the application is celebrating its fifth year with its development including five distinct objectives, the first being "the ghost stage." "Nobody knew we were a Turkish company until 2014. The messages we received from all over the world, and the support of our users and investors kept us on our feet even in the darkest times," Dündar said.

A global educational applicationDündar shared Voscreen's five main objectives. The first is to introduce language training to a digital platform. "We believe that we have effectively captured the method native speakers use to learn their mother language in a digital platform. As we converted all these methods into digital data, we tried to come up with a science project that uses gaming techniques," Dündar said.

The second objective is to introduce this app to users free of charge. Dündar said that they are a good example for equality in educational opportunities, adding Voscreen has users from all across Turkey and the world, as well.

Defining a new income model is the third objective of this technological venture. This model, which is based on content sponsorship, delivers advertisements to users without inconveniencing them. "The user accepts these advertisements as a part of the language training," Dündar said. He further offered insight into the future plans of Voscreen and said they aim to reach 200 million of the 2 billion target users by 2020.The happy co-worker principle is the objective at Voscreen. "We made a deal with our employees and encouraged them to set aside 30 minutes daily for reading. We asked them to share their notes after reading any book they like. We published a book named "İnsan İnsandan Beslenir" [A person is grown by another person] that features these notes. We also donated the revenue of the book to hearing impaired people," Dündar said and continued.

"We believe we need to give back whatever we receive from society and the world. This belief creates a base for all the steps we take." For four weekdays, the employees of Voscreen work on the pre-planned projects. However, they spare a weekday to share positive ideas with each other. "We do nothing job related that day," added Dündar.

Voscreen came in third at the Reimagine Education Competition, which is organized by one of the world's most prestigious educational institutions, Wharton Business School, where awards are given to innovative educational projects. 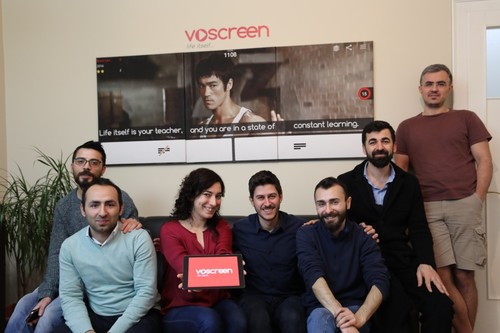 Considering the fact that Dualingo, which was bought by Google, won first place out of 500 other ventures at the competition, a third place achievement doubles Voscreen's chances for success. Voscreen, which is listed among the best educational apps in the world, is proof that a science project can be turned into a global success story without major support.

However, investors and users who believe in Voscreen continue to support the project.