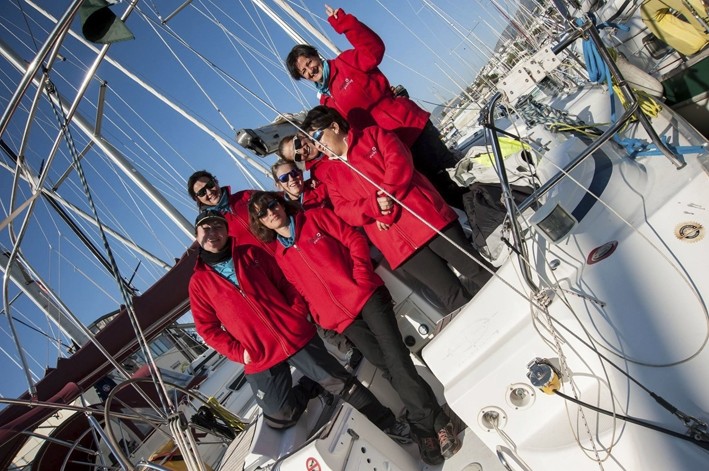 The groupu2019s female sailors on board. Coming from different professions, the group members share the same passion for sea.
by Daily Sabah with Wires Mar 08, 2017 12:00 am

The sea and wind are two passions for Turkey's all-female sailing team coming from all walks of life. Describing themselves as the ‘Sea Witch,' a mythological character believed to be the guardian of the old mariners, these women sail along the water to show women's power

Is there any better feeling than clipping through the waves or diving into fish-filled marine worlds? Turkey's all-female sailing group "Deniz Cadıları" (Sea Witches) says no.

Founded in 2011 by a group of women from various professions in Ankara, Istanbul, Antalya and Bodrum, the Sea Witches do not leave cups to their male competitors by successfully achieving high ranks at competitions.

The sailing group was initially founded with the participation of more than 80 women in the coastal town of Bodrum under the leadership of Tuba Gencer, a 42-year-old mother who resides in Ankara and works as an executive manager in a private company. 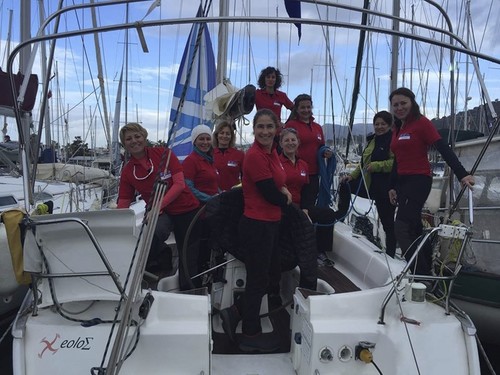 The members of the sailing group come from different professions ranging from an architect to a physician and a teacher to a pharmacist. The group also includes Sibel Karasu, the first Turkish female sailor to have sailed to Antarctica with a sailboat, having achieved success in sailing races they have participated in so far. The Sea Witches have had a rightful pride by winning cups in nine out of 10 competitions in Arkas Bayk Sailing Trophy and Bodrum Bayk Winter Trophy that they have joined.

Tuba Gencer, the group's leader, said they are the women who are committed to the sea, the sailboat, wind and sailing races. "We are joyous women of different ages from various cities," she said.

Explaining that the group is named after the "Sea Witch," a mythological character believed to be the guardian of the old mariners, Gencer said in British folklore there were women who were told to control the tides and winds, casting protective spells on the ships, sails and even ropes.

"We have all fallen under the spell of the sea. Despite children, family and other responsibilities at both home and work, we are creating time for the sea, wind and sailing," Gencer said. "Instead of working in the places where men do not prefer in mixed boats, we set up teams of women, participate in sailing and amaze everyone with the prizes we receive." 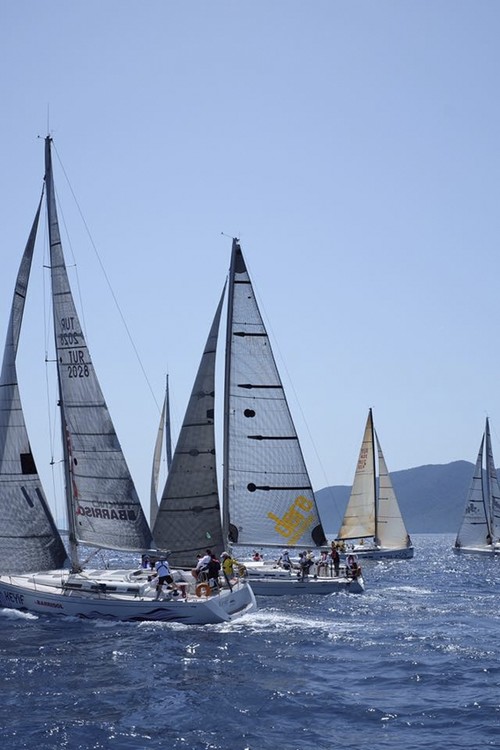 The Sea Witches female sailing team has recently shown up in races in Bodrum. They have not lagged behind the teams mainly composed of men in sailboat races and achieved many awards to this day.

The group encourages and mentors women in sailing, developing a sense of community in this field while training competent female sailor in courses.

Ceyhan Asil, one of the founders of the team, said they enjoyed competing. "We're from the founding team of the Sea Witches. There is only five of us are here but apart from that we try to popularize the sea by adding different friends to our scope every year," Asil said, adding, "We like competing. Most of our friends here are between 30 and 40 years old, and some are as old as 60. We loved the sea even if it is late and we enjoy it very much. We are very eager to add new places, as well."

The Sea Witches continue their training and preparations before and after the race with the new members joining the group. These female sailors do not hinder themselves from climbing to the top of the boat pole if necessary. Participating in the Winter Trophy off the Karaada Island near the Bodrum Bay, the Sea Witches have successfully completed the third leg of the consisting of seven stages.

Tuba Gencer, highlighting that they were the only team consisting of all women in the Trophy, said, "We have friends from Ankara, Istanbul, Antalya and Bodrum. All the members of the team except for the skipper, who is a national sailor, are not athletes in their professional lives. We all learned to sail after pursuing the sport."

The group is looking for new ways to recruit women into sailing. Whether you are a full-fledged sailor or an amateur who wants to see what it is like on the water, there is something for everyone to enjoy in this group, the members say.

The Sea Witches ranked second in their group at the challenging competition that took place last weekend.
RELATED TOPICS