Istanbul 101: How to beat the city's traffic jams 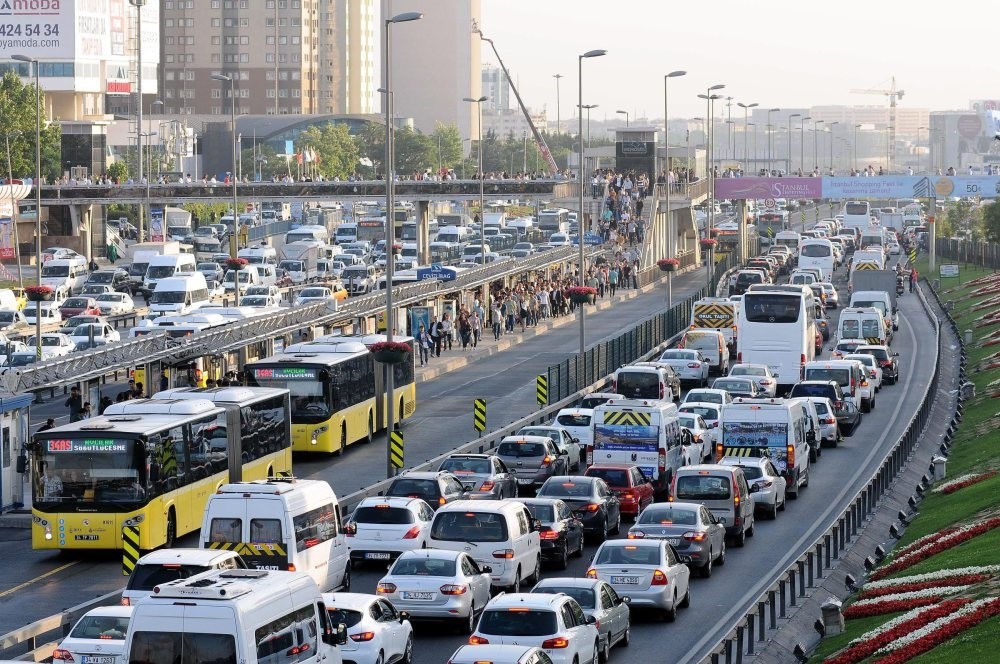 For people living in the world's major cities, getting from A to B can be quite a challenge, as millions of people hit the roads in these cities on a daily basis, commuting to work and clogging the roadways, presenting a navigational challenge for even the bravest of drivers. However, there is always a way to conquer the worst of the traffic jams if you fasten your seatbelt and bring along plenty of determination

For those who are rich, own a private helicopter or are simply willing to wait for Elon Musk to build his groundbreaking Hyperloop, traffic may not be a paralyzing aspect of daily life. On the other hand, for the average urban dweller the horror of daily traffic jams is inescapable and a part of the daily landscape for the city's nearly 15 million people, defining the city just like the Blue Mosque and other iconic images of Istanbul. Despite recent and ongoing construction projects resulting in newly built roads, tunnels and bridges, Istanbul's traffic problem has been slightly abated but is far from being solved.

Beating the city's traffic is like cracking a code, and for the city slickers who have lived in Istanbul for a long time, it is not difficult. On the other hand, for those who are new to the city it can be a challenge, so we have compiled some tips to help you decipher the maze of the infamous Istanbul traffic jam.

The key to arriving at your destination on time in Istanbul is to always leave early: No matter how close you think your destination is. Istanbul is a city where anything can happen at any time. There is always a chance you will encounter lane closures due to car accidents, entire road closures and undesirable detours So, it is always wise to leave for your destination early. Don't forget that it is better to be early rather than late.

Istanbul probably has the best public transport system in Turkey. Being that traffic is the number-one problem in this city, the Istanbul Metropolitan Municipality mainly focuses on public transportation mediums that travel outside of the main Istanbul traffic. With Istanbul's extensive sea transport system, passengers can easily get to their destinations on the European and Asian sides of the city easier and more quickly. With ports established on both sides of the Bosporus, state-run and private ferry lines run from Asia to Europe, cruising between the ferry docks of Kadiköy, Eminönü, Karaköy and Üsküdar on the Asian side to carry Istanbulites across the Bosporus or down the coast, you avoid traffic altogether. Moreover, sea buses run by private companies help Istanbulites to cross the Bosporus from the Bakırköy, Yenikapı, Bostancı and Kadıköy docks. 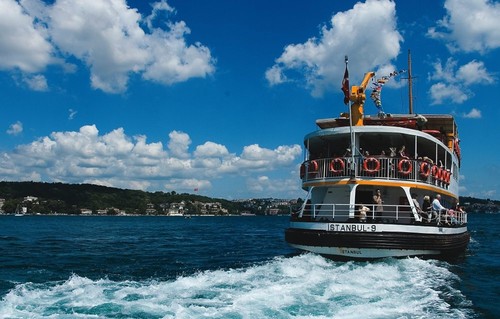 Another effective way to tackle the notorious traffic jam in the city is by metrobus. Operating on one of the two main thoroughfares in Istanbul, the metrobus runs in its own private lane down the middle of the highway, so passengers get to travel down the main road without the hassle of waiting in traffic. The metrobus also crosses over the Bosporus via the 15 Temmuz Şehitleri Bridge. With 44 stations, Istanbul's metrobuses follow the city's ring-road via Avcılar, Zincirlikuyu and the Bosporus Bridge to Söğütlüçeşme. The metrobus line carries nearly 1 million passengers from one destination to another with more than more than 3,000 trips on weekdays and 2,000 trips on weekends. 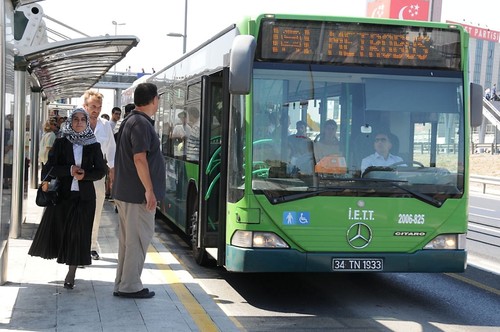 Next there is the Istanbul metro system which takes passengers to key destinations across the city. The metro operates from 6 a.m. to midnight every day, with trains every six to 10 minutes. There are currently five different metro lines operating across the city and passengers can make transfers from one metro line to another with access to the metrobus, bus stations and other mediums of public transport. The Marmaray, on the other hand, is another railway system; however, it has a little twist. It connects the two sides of Istanbul under the Marmara Sea. The railway system has a total of five stations, three of which are underground. On a quick side note: The Marmaray is the fastest way to travel between the Asian and European sides of Istanbul.

Get adventurous: Buy a motorcycle

Two wheels are all you need to beat Istanbul's traffic jams. Motorcycles are items of passion for some people; however, it is a relief or sometimes necessity for Istanbul roads. When commuters driving their cars become stuck in traffic, crawling inch-by-inch to their destinations, motorcyclists can easily pass them in the safety lane. The safety lanes in Istanbul's major roads are reserved for emergencies; however, they are always open for the use of motorcycles.

Istanbul's main roads, especially the E-5 and TEM routes, are always crowded regardless of the time or the day. Hence, it would be wise to discover new routes. The coastal roads are always much less crowded as are the shortcuts taking you through small neighborhoods. Moreover, rather than crossing the Bosporus via the 15 Temmuz Şehitleri Bridge or the Fatih Sultan Mehmet Bridge, it is better to use the Yavuz Sultan Selim Bridge and the newly opened Eurasia Tunnel. These routes are time-savers, especially during rush hour.
RELATED TOPICS