Remembering the Battle of Gallipoli: Heroes that rose, lives that were lost 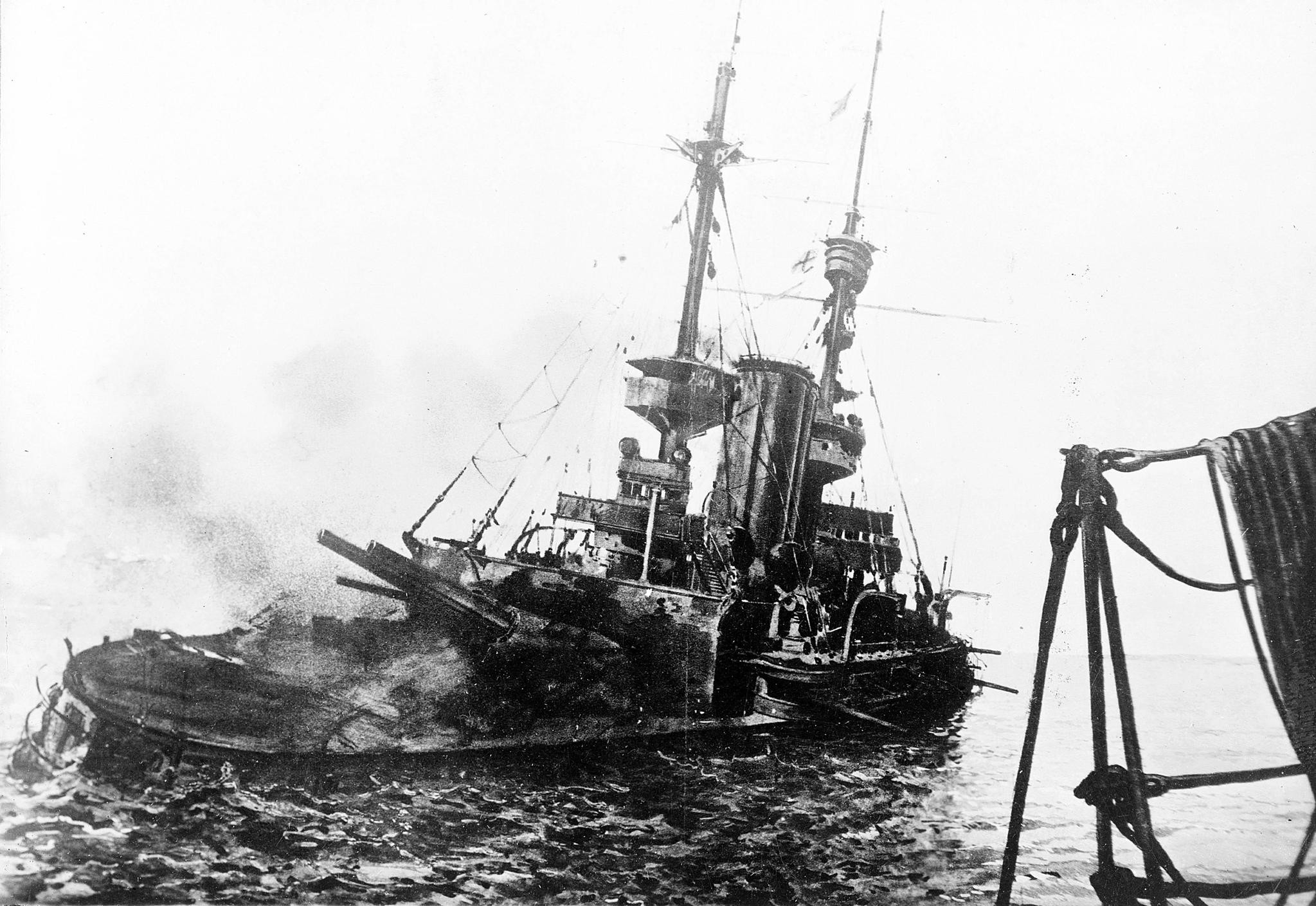 Today marks the 102nd anniversary of the naval victory of the Ottomans against the mighty Allied forces as well as the commemoration of the thousands who lost their lives during the Gallipoli Campaign. Despite the casualties, the Ottoman victory in Gallipoli eventually paved the way for an independent Turkey

When the sun set on March 18, 1915, the Allied naval forces – the British Empire, France and Russia - were preparing to leave the shores of Gallipoli in disappointment. The Allied masterplan, which was taking Istanbul, the capital city of the Ottoman Empire, by crossing the Dardanelles and the Bosporus, went up in smoke as their heavily armored battle ships failed to overcome the Ottoman defenses. The naval wars, which unofficially began on Dec. 3, 1914 when Winston Churchill, the British Prime Minister, ordered the attack ended with the Turkish victory on March 18. The Ottoman Empire, "the Sick Man of Europe" as the Europeans called, gave the people hope for salvation.

Having geopolitical leverage, the importance of the Dardanelles and Bosporus increased exponentially during wartime. Controlling both straits meant having authority over not only the whole of southern Russia's economic life and the state itself, but also the political, commercial and military activities of the coastal states in the Black Sea and well as the Mediterranean indirectly. Moreover, these straits opened the way to the heart of the Ottoman Empire, Istanbul.

The naval attack through the Dardanelles Strait was on the Allied table long before the British Empire officially declared war on the Ottomans. In fact, the entire strategy was the work of Churchill. Foreseeing the ultimate plan, Cevat Pasha, the authorized Ottoman commander, made new changes about the defense system at the Dardanelles. However, most of this defense system was representing more than 25 years of previous technology. There were only a total of two independent and three heavy artilleries with 35 troops.

The official attack of the Allied Forces was launched in Feb. 19 at 7:50 a.m. For seven hours, the Allied battleships bombed the Ottoman ships and the Gallipoli Coast. Experts and historians estimated that more than 1,000 bullets were used. However, the Turks had few casualties considering the fact that it was the biggest naval campaign they had ever faced. In total were haunted, four soldiers were killed and 11 privates were injured. The bombardment of the Ottoman battalions and coasts by the Allied forces continued until March 13 yet the results Churchill and Allied generals were foiled by the Ottoman defenses.

On March 13, both the Allied forces and the Ottoman defenses were at a critical threshold. The Allied generals convened at the famous battleship "Queen Mary" to get ready for a final attack that they believed would crack the Ottoman defensive lines. On the other hand, the Turks, who had learned so much about the Allied attacks, were taking precautions. Cevat Pasha, who already ordered for 10 mine lines to be set across the Dardanelles Strait, ordered an 11th mine line to be laid in Erenköy Bay that would change the fate of the war.

On the night of March 7, long before the Allied forces met to discuss their attack plan, "Nusret," the Ottoman minelayer, laid the 11th mine line in Erenköy Bay, which was a crucial point for the Allied battleship as they maneuvered right at that point. Although the allied ships and aircrafts searched for any possible mine lines on the bay right before their final attack on March 18, they were not able to detect the mines laid by Nusret.

In the afternoon, the Allied forces were looking strong as they tried to bomb the Ottoman battalions. Suddenly, a shot coming from the Anatolian Hamidiye Bastion of the Ottoman defenses sank the French battleship "Bouvet" in minutes. An hour later, Ottoman artillery managed to hit the British battle ship "Irresistible." As the ship tried to come ashore, it hit a mine that Nusret laid earlier and also sunk in minutes. By the end of the day, Nusret, which laid a total of 26 mines in an unexpected position, became a legend and the Allied fleet, the most powerful fleet in the world, fell apart.

While the Ottoman navy was changing the course of history on water, the Turkish soldiers positioned at the shore were firing artillery to prevent the Allied battleships from passing through the Dardanelles Strait. One of these gunners, Seyid Çabuk, widely known as Corporal Seyid, became one of the symbols of the entire Battle of Gallipoli due to his bravery and love of country. Following the heavy naval bombardment of the forts guarding the Dardanelles Strait on March 18, the gun that Corporal Seyid was serving in the Mecidiye fort was heavily damaged. Although the cannon was working, its shell crane had been destroyed. Corporal Seyid, by himself, carried three artillery shells weighing 275 kilograms (606 pounds) each to the 240 /3 5 mm gun and managed to continue firing at the Allied Fleet.

One of the shells reputedly hit the British pre-dreadnought "HMS Ocean," and the ship was later sunk by a mine laid by the minelayer Nusret. Seyid was said to have had blood gushing from his nose because of the immense weight of the shells that he carried. His bravery and determination to defeat the enemy empowered the Ottoman soldiers who later fought in the Battle of Gallipoli. When the Ottomans claimed their victory on March 18, reporters who arrived at the scene asked Corporal Seyid to lift the artillery shells once again for a photograph. However, Seyid was unable to lift it no matter how hard he tried. After he failed to lift the shell he said, "I'll lift another one if a war breaks out once again." The famous photo of Corporal Seyid lifting the artillery shell was actually taken with a wooden replica of the shell.