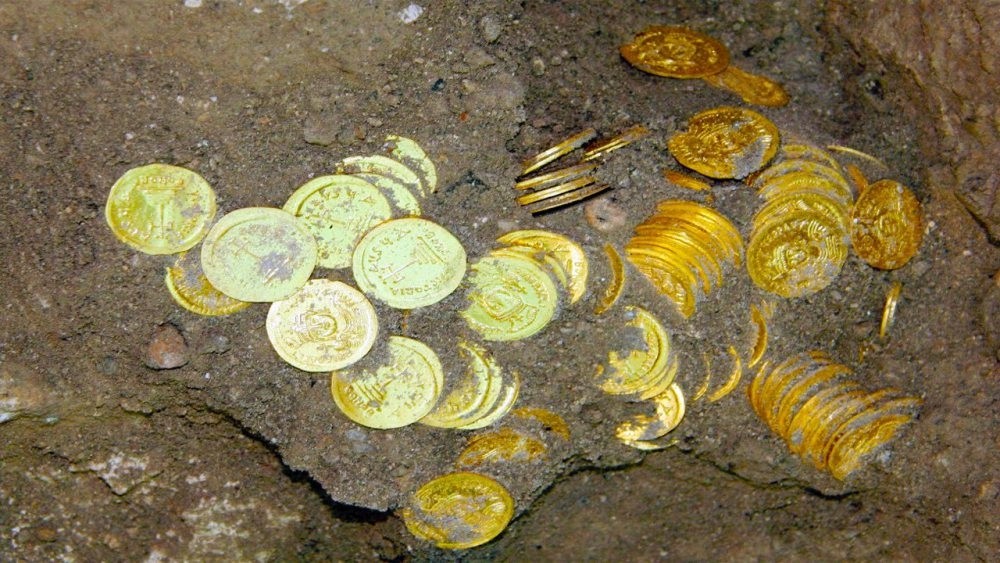 Treasure hunting is not as cool as it is portrayed in the "Indiana Jones" series, nor does it serve to a higher purpose. In Turkey, which rests on the ancient lands of Anatolia, treasure hunters are not only misguided but they also destroy cultural heritage

If you take a look at Turkish reports you will see headlines such as, "Three arrested for selling unlawfully excavated ancient artifacts in Istanbul." Despite Turkey's strict laws against the unauthorized excavation of ancient relics, including heavy fines and even imprisonment, illegal excavations continue as "definecilik" or "treasure hunting" persists in the black market.

Anatolia has been home to many ancient civilizations, including the Helens, ancient Romans, Byzantines, Seljuks and the Ottomans, accounting for the countless landmarks and historic artifacts visible across nearly every inch of the country. Reminiscent of an open-air museum, Anatolia is home to more historic beauties than meets the eye: Much of which lies buried underneath the vast plains of the historic region.

Treasure hunters are adventurous and daydreaming people who want to make easy money. On many occasions, treasure hunting has turned into almost mental illness. These illegal hunters may spend all of their money to buy treasure maps and equipment in hopes to find riches belonging to the previous civilizations. These hunters will even embark on trips for months at a time, traveling across Turkey's countryside and even digging large hollows or even trespassing into old, abandoned homes.

As a result, these treasure hunters lose money and time and cause irreversible damage to Turkey's landscape and even people's private properties.

Treasure hunters in Turkey generally get together at coffee houses called "defineciler kahvehanesi" or in the vicinity of hobby shops that sell special metal detectors used for treasure hunting. Nowadays, they can also convene and gather up, via the internet, more easily than before. Hunters share various techniques and traces of treasure among them in Facebook groups as well.

Hunters generally search for treasure in archaeological sides, unprotected historical buildings and abandoned old houses that belongs to Armenian and Greek migrants who are believed to have buried all their belongings, money and gold in the ground before leaving their homes. Therefore, treasure hunters primarily search for valuable metals, paying no mind to the historic or cultural aspects of the artifacts.

Hunters damage mounds and tumulus mostly. A tumulus is a mound of earth and stone raised over a grave or cemetery plot built for kings of nobles. There are many tumuli in Turkey and, for treasure hunters such structures have tremendous significance because ancient civilizations buried some of their belongings with these kings and nobles.

The tombs and materials of the dead are therefore highly significant as they shed light on the social and political history of the respective civilization. Thus, these tombs are primary targets among treasure hunters looking for valuable metals like gold or silver.

Recently, a new generation of thieves and the availability of cheap metal detectors have accounted for a rise in crime rates for this type of crime. While some hunters only dig for treasure, some use dynamite in order to blow up tumuli in search of valuable metals, showing complete disregard for history and the heritage of ancient humanity.

Professor Sacit Pekak of the Department of Art History at Hacettepe Unviersity spoke to Daily Sabah on the issue.

"Throughout my archaeology career, I have seen traces of treasure hunters in almost all my archaeological studies. Actually, treasure hunting is not unique to Turkey; it is common all over the world but we see higher rates of this type of crime in Turkey for a number of reasons," Pekak said.

Professor Pekak believes that one of the main reasons for treasure hunting in Turkey is due to superstitions which were passed down from one generation to another.

"Especially, stories about gold being buried under buildings that belonged to the Greek, Armenian and Georgian Christian communities in ancient Anatolia fuel the hunters drive to seek gold and vandalize these ancient artifacts. Of course, these superstitious beliefs are not true. For example, I have made excavations in the central Anatolian city of Niğde. According to anthropological studies, the dietary habits of the region today are almost same as it was back then. So we can say, during the Byzantine period a villager was as rich as a villager who live in Niğde now. So, a villager, who lived in Niğde during the period, could not leave a treasure," he said.

Although most of these beliefs are not true, there are certain customs in Anatolia involving a couple of gold coins.

"There is an old custom in Anatolia which says that a noble or a feudal landlord known as an 'aga' in the central Anatolia region, started building a house, some money, let's say three or five golden coins, are buried for safekeeping in case of an earthquake. However, such custom is not common and only nobles could do it. My father was a rich farmer, he did as he said. It is impossible that there is gold at all houses," Prof.essor Pekak explained.

"I have seen only once big amounts of valuable foundlings in my 40-year career. Professor Rahmi Hüseyin Ünal found a cruse of silver coins with more than 1,000 pieces. But these findings were reported to the press and this made us very sorry because the reports increased the treasure hunters' motivations," he continued.

Such news in printed media and on TV usually motivates people to go treasure hunting which results in irreversible damage to archaeological sites. Professor Pekak, who has been participating in archaeological excavations for 20 years, said he has not seen a case where archaeologists came across countless silver or gold coins.

"Of course, I have seen a lot of precious foundlings like architectural works or paintings," said Pekak, "But hunters are not interested in them. Hunters focus only on noble metals like silver or gold."

"I am not a psychologist but, in my opinion, treasure hunting is an addiction like nicotine or alcohol. Of course, some Turkish films and Hollywood films like 'Indiana Jones' play important roles in that addiction. They create the false sense that there are treasures in all antique structures. There are tunnels that take hunters to other places. Most of these senses are wrong and scientifically unproven," Pekak concluded.