May Day – Protests or Morris Dancers? 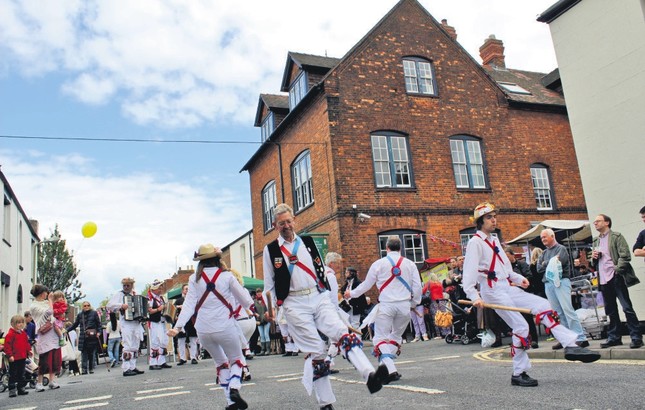 May Day, as well as Morris Dancing, has come a long way since their inception, changing form through the ages to reflect the popular mood.

This Monday is May 1, or May Day. May Day is celebrated in most countries around the world as Labor Day, a day dedicated to workers. I was reminded of the proximity of this date when I was in Oxford last week. It seemed as if all the Morris dancers in the United Kingdom had descended on the small historic town

May Day predates the event that led this date to be associated with the labor movement. Before the advent of Christianity, May Day was a celebration of spring. May 1 was considered to be the first day of summer and the Roman goddess of flowers, Flora, was commemorated on this day; in the Gaelic cultures Beltane was celebrated at the end of April.

Like the winter solstice and the spring solstice, when people in Europe started to adopt Christianity, the pagan holidays were transformed; May Day became a non-religious celebration. People danced around a maypole and a Queen of May would be selected. And then there was Morris dancing…

Morris dancing, at least from what I observed in Oxford last week, has come a long way from what it used to be - middle aged men in white trousers prancing about with bells tied to their ankles. In Oxford last week a range of costumes could be observed; some were in naval garb, others sported hats with partridge feathers sprouting out in a very stylish manner. Many participants had had their faces painted, and the hues were all of a natural tone, giving the feeling that one had wandered into a forest where the trees had suddenly come alive, dancing about with bells on their ankles. And there were the accompanying musicians, playing songs that ranged from a hornpipe to more rustic tunes.

The whole idea behind Morris dancing is that dancers performing a precise and quite basic choreography are accompanied by music and the jingles of the bells strapped to their feet or wrists. The Morris dancers carry sticks or handkerchiefs. When dancing they can strike the sticks together to add to the rhythm section, and the handkerchiefs are waved stylishly in the air.

The first record of Morris dancing can be found in 15th centuryworks. I was always told that the name Morris came from "Morrish dance," although there seems to be little idea of why it is called this. Perhaps it was due to the costumes or the dance figures. It is thought that the dance appeared during a time when "Moorish" things were of fashion.

The painted faces I witnessed last week are related to the original blackening of faces, which some think might be part of the whole "Moor" thing, or it might be because the dancers were miners for the most part.

Oxford and the Cotswold area are famous for Morris dancing, which explains why there were at least 10 different Morris dancing teams in the city last week.

But May Day has other traditions, a different past. From the end of the 19th century, May Day became associated with workers' rights and the labor movement. One of the strongest labor movements in the United States was in Chicago. The largest demonstration in the history of America took place on May 1, 1886. Some 80,000 workers marched up Michigan Avenue. The protests continued over the next few days. On May 3, the workers were still on strike. The police attacked the workers at the McCormick Reaper Plant and as a result some workers lost their lives. On the following day a protest against this attack was made; a large meeting of workers convened at Haymarket Square.

However, near the end of the meeting, a large number of police launched an offensive against the protestors. The protestors responded by detonating a dynamite bomb. The police reaction was one born of panic and they shot at both the protestors and their own men. Many people – police and protestors - died that night.

Ironically, although the Haymarket Massacre is what led to May Day being associated with labor movements throughout the world, with the acceptance of May Day as a day for workers'unity at the 2nd International in 1889, from 1882 Labor Day in America has been celebrated in September. One reason for this may be the close association between May Day and Communism; another may be the violence that often accompanies May Day in other parts of the world. For example, in 2000 and 2001 there was rioting in London by "anti-capitalist" demonstrators. By having a Labor Day in September, the United States has basically guaranteed that the day is one dedicated to barbecues and picnics rather than protests. The association with violence, with the struggle for workers' rights, has been removed. In America Labor Day has been declawed, and is a lovely domestic creature. 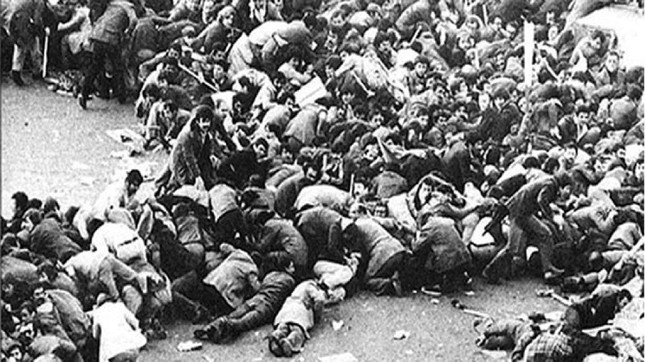 In 1977, approximately 500,000 laborers celebrated May 1 in Taksim Square. However, the crowd was fired on in the evening. The police, hearing the shots, marched toward the crowd. Some workers were run over by tanks, while others were caught up in the panic. Thirty-seven people died, and many more were injured. Those responsible for the original shots were never caught, but it was thought that the events were the result of provocation.

In 1979, celebrating May 1 was forbidden, but the Turkish Labor Party did not heed the ban. Nearly 1,000 people were arrested as a result of the protests.

In 1989, another group wanted to march to Taksim Square, and a large crowd was dispersed by the police. Some 400 people were arrested, and one young man was hurt during the unrest and died a day later.

In 1996, three people died and 67 people were injured during demonstrations on May 1.

In recent years, while demonstrations have been allowed in certain areas in major cities, due to fears of provocation on this date groups have not been allowed to convene in Taksim Square. Looking at the recent history of May Day, here and throughout the world, this seems the best way to protect human life.

But wouldn't it be nice if we could have Morris Dancers, or their Turkish equivalent, performing to light and cheery music in Taksim Square rather than people trying to provoke unrest and hatred? The atmosphere of family fun, light entertainment, and enjoyment of the spring is surely what we should be celebrating rather than trying to cause more unrest, more injuries and more deaths. Workers' rights can be commemorated and campaigned for without violence, without death, without unrest.

Share on Facebook Share on Twitter
Previous in Feature With every new invention, some of our favorite products are replaced... Next in Feature Originating in Asia, escape room games have captivated puzzle-loving...
DAILY SABAH RECOMMENDS