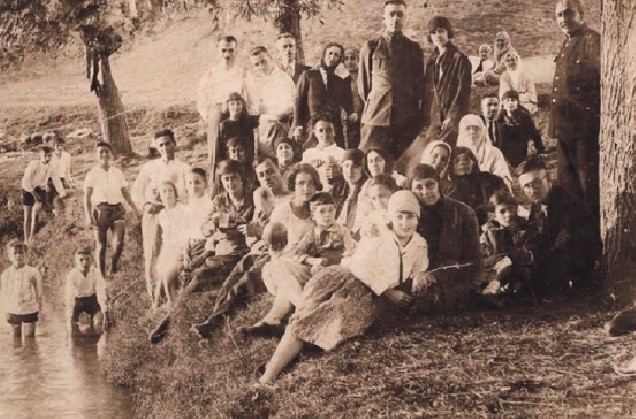 Hıdırellez was once the most lively and fun days of the year, providing children with memories that lasted a lifetime

Ancient Ottoman calendars have mapped meteorological incidents based on centuries of experience and they were often able to accurately predict daily weather. In this Julian-based calendar, the year is divided into two.

Although the day is celebrated on May 5 according to modern calendars, Hıdırellez actually falls on May 6 because of an error in converting the Julian calendar to the Gregorian. The day was traditionally celebrated when the sun passed through the Pleiades sign, signaling the end of the cold temperatures and the arrival of spring for the region that extends from Rumelia to Anatolia and from Crimea to Azerbaijan and Turkistan.

As evidence of the shift, nature came alive with blossoming trees, vibrant flowers, and thriving mushrooms.

According to legend Hıdırellez was the day when the prophets Hızır (al-Khidr), the guardian of the seas, and İlyas (Elijah), the protector of the inhabitants, met on earth. In fact, the two names were later combined to form Hıdırellez.

Hızır, meaning "green" in Arabic, is often depicted as a white-bearded man wearing red shoes and a flowered robe, and is believed to leave blossoms and greenery in his wake.

While Hızır is associated with botanical guardianship, İlyas spreads his blessings by touching water and animals with his wand. İlyas is depicted as tall, light-skinned and dressed in goat skin. Since legend has it that Hızır and İlyas reach out to those in distress, people who are feeling depressed after a long winter see Hıdırellez as a source of hope.

According to Islamic belief these two men are considered prophets, and after they passed away, it is believed that their souls reappeared to help people. Just as Hıdırellez is not related to Islam, it is not a religious day for the Jews and Christians either. Though various Christian Churches celebrate a Greek festival day called Aya Yorgi (St. George's Day), it shares no similarity with Hıdırellez.

On the other hand, although Islam is sensitive about not celebrating other religion's holidays, Shaykh al-Islam Ebussuud Efendi said Hıdırellez, though not a religious day, is allowed as legitimate entertainment.

First lamb of the year

When it was celebrated, Hıdırellez was a joyous day and often stuck in children's minds as an unforgettable event. To celebrate, the winter weary people tired of being trapped inside would pour into the countryside with overflowing picnic baskets, relieved that summer had finally arrived.

Lamb with rice, stuffed vegetables cooked in olive oil, cheese pita and the semolina-based sweet "helva" were traditional foods for Hıdırellez picnics. In fact in Istanbul, the first lamb meat of the year was eaten during Hıdırellez because they were finally considered big enough to slaughter in the spring.

Throughout the day, people ate, drank and played games, while those participating believed that being out in the country on this day would cleanse them of their winter blues. In the past, the sultan would put on a lamb feast for the students in the countryside, while he also organized feasts for the soldiers in the barracks, who were given the day off so they could also relax.

All of the trade unions also skipped work on Hıdırellez and came to the festival area to join the festivities.

With preparations starting a week before in Istanbul, Hıdırellez was celebrated in big festival areas located in places including: Kağıthane, Göksu, Kuşdili and Fikirtepesi. Not to be left out, the rich often sent invitations to their friends inviting them to the feast.

People arrived in Kağıthane by boat and by horse or ox carriage. The elite segment would often arrive in coaches; observe from a distance and leave. Because of its jovial atmosphere, it was more entertaining to arrive at the festival area by sea where the boats would be tied together, and people would often cast off while singing cheery songs.

The coffee shops in Kağıthane would also open for the first time on that day. Some people sat at tables, but most preferred to sit on kilims spread out on the ground near the water's edge or under trees. Traditionally, men and women celebrated separately. Peddlers were forbidden to sell or approach women, a rule the police strictly enforced. As a result, a tiny technicality resulted in creative peddlers. They noticed that the older women were allowed to sit with the children, so they sent out little kids to do the day's trading and selling.

Throughout the day, puppet masters, acrobats, carousels and peddlers would fill the celebratory squares. Children's laughter, the cries of peddlers, the sound of drums and the hollers of gamers melded to become one voice, and those who were there felt like "the world was indeed a small place."

Lunch was eaten before the sun started to descend, resulting in jovial conversations and new friendships. By the end of the day, people would start to head home as the sun set, a migration the police also monitored and facilitated. All of the attendees would leave much happier and content than when they had arrived. A crowd would draw around the Golden Horn to watch the dispersal of the newly energized folks, who would sing and dance as they passed over the Unkapanı Bridge on their way home.

Wishes made on the night of Hıdırellez were believed to come true, with common themes being: An end to one's troubles, a fast recovery for ill patients, marriage prospects and always popular of course, more money.

People would hang red bags full of coins on the rosewoods in their gardens while making wishes, ope

ning them the next day while reciting the "Bismillah" prayer. The coins were then put in the hopeful person's purse as a good luck token for abundance.

Another tradition involved young girls throwing their personal belongings, like rings, hairclips or buttons, into water-filled pots placed at the base of the rosewoods, which were then covered with headscarves. The next morning, the first-born girl in the family would wear a red veil and remove an item from the pot, accompanied by songs, bringing luck to the item's owner.

For hopeful homeowners, a house model made of matchboxes would have been buried and unearthed the next morning. Likewise, it was believed that a girl who makes a doll of a bride and hangs it in a rose branch will see the person she will marry in her dream. For those who needed more luck, a lock would be opened at night for those who had no luck.

Other customs of Hıdırellez included: spring cleaning, wearing new clothes, getting up early in the morning, skipping work that day and cooking special muffins with medicinal herbs. In some places, people would also light a fire and jump over it.
Last Update: May 05, 2017 3:47 pm
RELATED TOPICS