May 19: Start of the Ankara movement 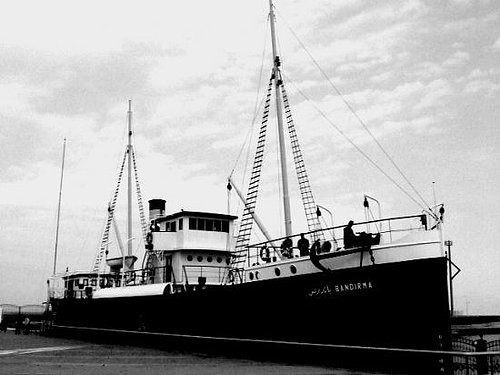 'Nutuk' (The Great Speech), which is regarded as one of Mustafa Kemal Atatürk's and defense for defining moments reforms, begins with the line, 'I landed in Samsun on May 19, 1919,' what is considered the beginning of the Ankara movement in the official schematic of revolution history

World War I was perhaps one of the biggest disasters in Turkish-Islamic history. The war ended with a major defeat and the people responsible for the defeat fled abroad. The Ottoman government was obliged to sign the Armistice of Mudros. In this regard, the invasion of Anatolia by the Allied powers provoked national awareness. In almost every city, congresses were held regarding how to respond to the occupation. Among the organizers of the congresses were the unionists, members of the Committee of Union and Progress, which had formed a strong organization and strengthened this power during a 10-year dictatorship in the Ottoman Empire.

Sultan Vahideddin, sitting on the throne of the ashes of war at that time, feared that contradicting the sovereign world leader of the time, the British Empire, would make the consequences of the war even worse, and hoped to save his country through diplomacy. However, he did not expect that the resistance movement in Anatolia would win a victory against the strong enemy. He wanted to centralize this movement, thus achieving more favorable conditions by putting it forth as leverage in the Peace Treaty to be signed with the Allied powers. Well, who was going to do it? Istanbul was under occupation.

Meanwhile, there was a row between the Greeks and the Turks in the eastern Black Sea. A high-ranking officer had to be sent to Anatolia to oversee the exercise of the armistice. The British demanded that it be a high-ranking pasha who was not a unionist and a German supporter. Mustafa Kemal Pasha, who had been defeated in the Syrian Front, losing his army during World War I, was in Istanbul and available at that time and was apparently one of the only figures who met the conditions necessary. He persuaded the sultan of his loyalty, as well.

Mustafa Kemal Pasha, who previously wanted to marry the daughter of the sultan and become war minister but failed to succeed, established a friendship with the Italian occupation Commissioner Count Sforza in order to secure himself. Thus, he was removed from the list of allies to be arrested as former unionists. Even though he set up a committee with his friends, including Fethi Bey, in his house in Şişli, and planned to stage a political coup and dethrone the sultan, he gave up the idea thinking that the occupation forces would not allow it.

For this, he gave weight to his friendship with the British. In the Minber newspaper he founded, he wrote articles that praised "the sensitivity and respect the British showed towards the freedom of our nation and the independence of our state." Worrying that Enver Pasha, who had fled to Russia, would re-establish a Bolshevik-style administration exerting absolute rule over the country, the British leaned towards his arch-rival and opponent, Mustafa Kemal. The British had been following him since he was appointed to Sofia as military attache; in 1913, knowing his secular, modern ideas.

Meanwhile, thanks to his British friend, journalist and intelligence officer Ward Price, he contacted British intelligence. He spoke with agent Reverend Frew at the Pera Palace. He had been friends with the British General Allenby since his time in Syria, who even recommended the appointment of M. Kemal Pasha as the commander of the 6th Army in February 1919. As a result of all these contacts, the pasha realized that Britain would establish a protectorate in Anatolia. Thinking that he might have a say in this system, he decided to go to Anatolia.

The Damat Ferid Pasha government decided to send him to Anatolia as the 9th Army inspector, granting him extraordinary powers that allowed him to dismiss even governors. The small amount of funding available in the Treasury was handed over to him and he was also provided with horses and carriages. The governors and district governors were also ordered to provide all kinds of assistance to the pasha.

As mentioned in "The Great Speech," the sultan met him at Yıldız Palace, saying: "Pasha! You have served the country so far. These [triumphs]are recorded. The service you will [give] now might be more important than all of [these]. You can save the state." After telling this story in The Great Speech, the pasha said that he was sent to Anatolia to keep him away from Istanbul. Those who organized his posting were declared enemies after the Republic's creation.

In the official jargon of revolutionary history, the sultan was placed in the position of a "pro-English traitor" and, in some right-wing factions, these words were seen as the sultan's initiation of a "national struggle" in Anatolia. Indeed, the sultan did not want a new war and neither did the people. Thinking that the British did not want a war either, he planned to produce an advantageous status against his allies with fine politics in Anatolia. To save the state, the sultan planned to scare the enemy and coerce them into signing a favorable Peace Treaty, assuring the enemy that the Ottomans were not a threat to world peace or imperialist interests and to wait for everything to settle down. Preventing the establishment of a Pontus state in the Black Sea region and Enver Pasha's return were are also icing on the cake.

However, the pasha was still doubtful. Were they really pushing him away from Istanbul? How much could he trust the palace and the British? Therefore, he stayed in Istanbul, citing various reasons. When the Greeks forces landed in Izmir with the support of the British on May 15, he was convinced of the seriousness of the situation. He set out with a 17-person barrage of men and the visa of the British occupation commissioner. And on May 19, 1919, he landed in the port of Samsun. This is regarded as the starting date of the Kemalist movement, according to official history.

The high-ranking officer sent by the sultan to Anatolia was a ray of hope for the people. While nearly everyone thought that he came with a secret task, M. Kemal Pasha, who came to Amasya via the basin, issued a circular note here. Then, he set out to participate in the Erzurum congress organized by the people. 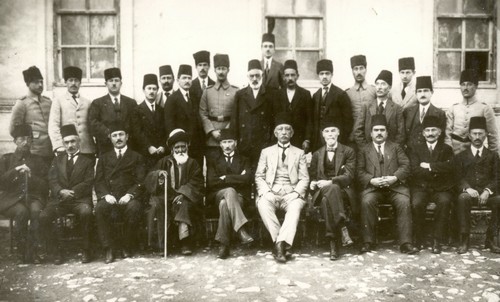 The Unionist members of the congress approached him with suspicion, and they did not even want him to attend the meeting. He was able to participate in the congress with the support of General Kazım Karabekir, who was the commander of the Eastern army and had not yet de-mobilized his army in accordance with the agreement. He fully understood where the situation was headed. Probably the words of British intelligence still resonated in his ear.

The Istanbul government called him back, either out of concern or amid pressure from the allies. When he did not listen to this order, he was also discharged from military service, marking a turning point in history. Among those who believed that M. Kemal Pasha had been secretly sent from Istanbul to organize the national struggle, Karabekir announced that his army was under his command.

Although he had Republican ideas, M. Kemal Pasha did not actually have the idea of a national struggle before and after May 19, just like the sultan. There are romantic expressions of the historical jargon that he had always thought of this and landed in Samsun by secretly leaving Istanbul for this purpose despite the sultan and the British. The sultan who incompletely identified the plan of the British unintentionally led to the Anatolian movement, but this movement, which he subsequently supported, ended with a triumph which cost him his sultanate and buried the Ottoman Empire in history.