The words of Prophet Muhammad from oral tradition to written form 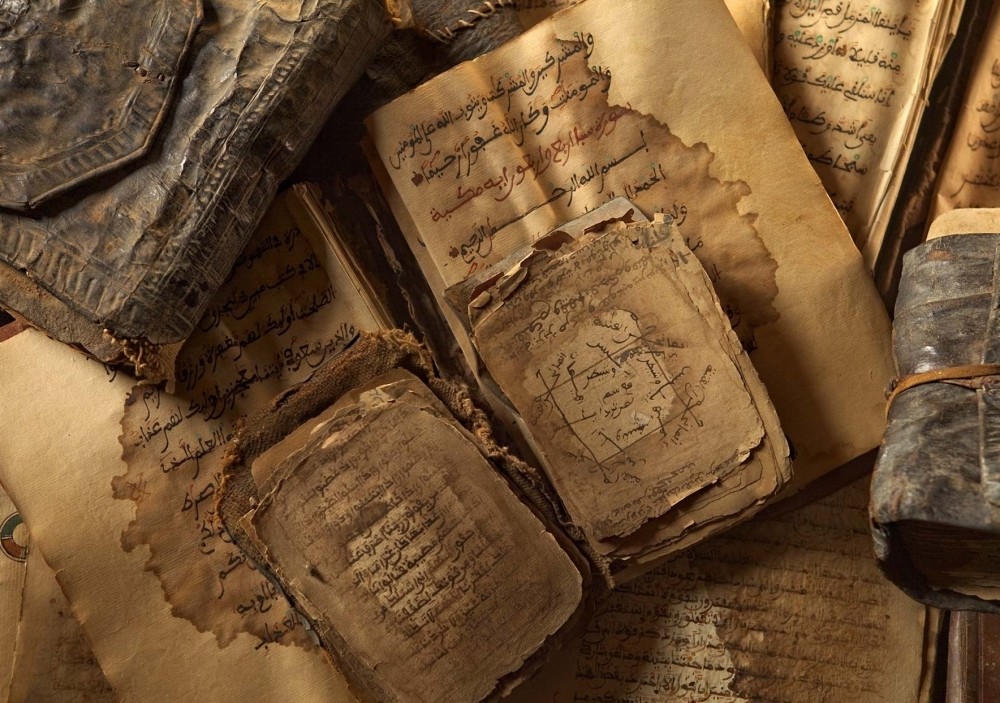 There are those among today's Muslims who do not accept the words that are said to belong to Prophet Muhammad and say they cannot be trusted because they were written down many years later. However, there's evidence that suggest the words of the prophet began to be written down in the same period as the verses of the Quran

As the verses of the Quran were revealed, special scribes wrote them down on whatever they found – fabric, palm fronds, bones and skin – on orders from Prophet Muhammad. The companions of the prophet had previously attempted to write the hadiths that they had heard from him, yet Prophet Muhammad opposed this idea due to the concern that they might be confused with the Quran. The Torah and the Bible were also falsified by scribes in this way.

Most people were illiterate during the time of the prophet. The hadiths might not have been written correctly. Moreover, oral transmission has always been more solid and reliable than writing. Among the Arabs of the time, it is said poems of thousands of verses dating back centuries were read without the slightest mistake and transferred from generation to generation. It is said that they were intelligent enough to play chess in their minds while traveling.

Call your right hand for help

It is known that Prophet Muhammad never wrote a word in his life, except to sign the Treaty of Hudaybiyyah in 628 with the Meccans who brought him out of his country. "If you were someone who wrote before, they would tell that you wrote this holy book," the Quran says. Writing was not considered a virtue at that time. It was a craft done for money.

The prophet, however, had his special scribes write diplomatic letters and administrative instructions. He wanted Zaid ibn Thabit to learn Syriac, and he learned how to read and write in this language in as quickly as 15 days. He used to write Prophet Muhammad's letters and read the ones he received.

One day, Prophet Muhammad delivered a speech on the principles of the crime and punishment of manslaughter. When a companion named Abu Shah said to him, "Oh messenger of God, write this down for me," he ordered his scribes to write it down for him. He gave a copy of the constitution, which was written about tax amounts, to every appointed governor. Caliph Abu Bakr and Umar also did so.

Tell those who have not heard

Medina was now a Muslim state and Prophet Muhammad reigned there after the Hegira in 622. For this reason, over the 10 years he lived here, he issued numerous provisions on faith, worships, state administration, social life and law. These provisions were revealed sometimes as a word and sometimes they appeared in behavior. He asked for the companions who heard these to transfer them to those who had not. They also considered it a duty. The tradition of exactly transferring the words of the prophet was born like this.

After the conquest of Mecca, when hadiths increased in number and became difficult to memorize, Prophet Muhammad allowed them to be written down. "Write! I swear to you that nothing comes out from this mouth except the truth," he told Abdullah, the son of the Egyptian conqueror Amr ibn al-Aas, pointing to his mouth with his fingers. A person from the Ansar complained to Prophet Muhammad about his weak memory. "He also said to him: 'Call your right hand for help!' and signaled him to write with his hand," Abu Huraira said.

When Caliph Abu Bakr passed away, he left behind a booklet with 500 hadiths in it. Abdullah ibn Umar also had a close pupil, Naafi, a freed slave, write the hadiths that he had heard. Caliph Ali kept a book inside the sheath of his sword in which he wrote the hadiths he had heard. These are written in the Musnad of Ibn Hanbal, the well-known hadith scholar who died in Baghdad in 855.

"Al-Sahifa al-Sadiqah," the book by Abdullah ibn Amr ibn al-Aas, one of the renowned hadith writers, which also includes the prophet's hadith: "Verily you shall conquer Constantinople. What a wonderful leader will her leader be, and what a wonderful army will that army be," is also narrated here. When asked which of the cities of Constantinople and Rome would be conquered first by Muslims, he brought a ringed chest and pulled out a sheet. "We gathered around the messenger of God, writing. He was asked this question. He said, referring to Constantinople, 'The city of Heraclius shall be conquered before.' "

Young people listen to the elderly

Those who came to listen to al-Bara ibn Azib were writing the hadiths they heard on everything they could find, even on their palms. Anas ibn Malik had his son write the hadiths he heard. Mughira ibn Shuba wrote all the hadiths he had heard at the request of Caliph Muawiya and gave them to him. The young companion Saeed ibn Jubair, who walked about with his friend Ibn Abbas day and night, wrote the hadiths that they had heard from elderly companions.

Urwah ibn Zubair, nephew of Aisha, wife to Prophet Muhammad, wrote the hadiths he heard from his aunt and others. Additionally, Caliph Umar, Sad ibn Ubadah, Abdullah ibn Abi Awfa and Samura ibn Jundub wrote the hadiths themselves, while Aisha, al-Bara ibn Azib, Abu Huraira, Ibn Umar, Ibn Abbas, Ibn Masood, Mughira ibn Shuba and Zaid ibn Thabit had others write the hadiths for them. There were lots of companions who had hadith journals. These were included in the hadith books written later.

Umayyad Caliph Umar ibn Abd al-Aziz, who died in 720, commissioned Qasim ibn Muhammad, one of the leading scholars who saw the companions, to collect all the hadiths belonging to his aunt, Prophet Muhammad's wife Aisha. At one point, he wrote a letter to Medina Governor Abu Bakr ibn Muhammad, that said: "Look for and write down the hadiths and sunnah of the prophet from the companions living in Medina. For I am afraid that the knowledge will be lost and the scholars will disappear." Both of them were the Aisha's pupils and best acquainted with the hadiths she narrated.

The caliph wrote similar instructions to other governors. He gave the task of bringing together the collected hadiths to the famous scholar al-Zuhri. Zuhri was working so hard that he even had no time to spend time with his family.

Zuhri's life was not enough to finish the task, and he died in 741 in Medina. But his followers continued on his path. They compiled great books of hadith in this regard. Six of them known as al-Kutub al-Sittah, including Bukhari and Muslim, are very famous. In these books, millions of Prophet Muhammad's sayings are included along with the names of the narrators. The successors later compiled thousands of works related to the biography of these people and hadith terminology. Thus, the practice of hadith transmission was born.