Qatar's journey from past to present 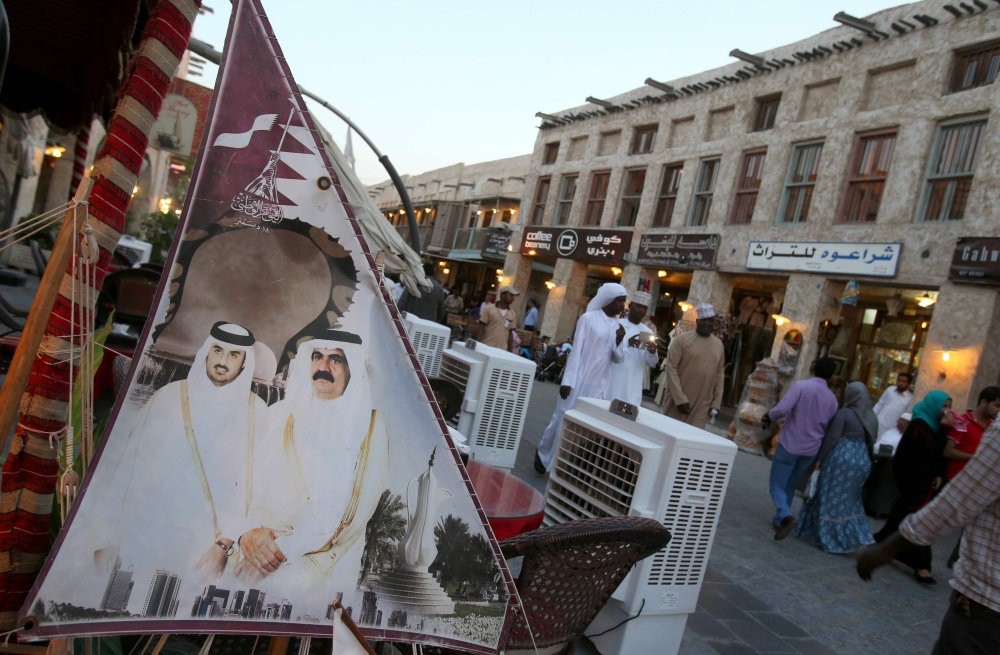 This is the story of Qatar, a country that has striven to become a powerful political actor in the Middle East since it was a district of the Ottoman empire over 100 years ago

The Al Khalifa branch of Bani Utub of the Aneze tribe that lived in the region located between Najd and Kuwait arrived in 1766 and settled on the unoccupied peninsula of Qatar. They settled at the Zubar Pier and began pearling, engaging in one of the most popular professions of the Persian Gulf.

Even today, young people dive deep into the ocean and using just a simple pipe, extract oysters and earn their livelihood in this way. The ancient practice was even the inspiration of French composer Bizet's famous opera, "Pearl Fishers." The pearl fisher Nadir's Romance is a world-famous melody.

"Qatar" is the plural form of the Arabic word "qatrah" which literally means "droplets." This name was given to Arabia in the past because of the region's relatively rainy climate. However, it is likely that the word "qatrah" comes from the Hindi word "gwadar" which means "windy place" in Hindi.

A branch of the Al Khalifa tribe also settled in Bahrain, where they overthrew the ruling Al Medhkur family and defeated the Persians who wanted to dominate the island. The people of Qatar also had ties to Bahrain.

The Sabah family in Kuwait is also from the Aneze tribe. The Al Khalifa tribe was rich because they dealt with trade and therefore gained authority on this count. The history of this family is the history of modern Qatar.

Handsome emir
​
Qatar has been ruled by 12 sheikhs since the country's first ruler, Sheikh Thani. The last ruler Sheikh Tamim, was perhaps one of the world's most handsome leaders, replacing his father Sheikh Hamad, who abdicated the throne in 2013. Indeed, in the Middle East, palace coups were more common than popular movements. Hamad did not wait for this.

Sheikh Tamim, who ascended the throne at the age of 33, studied at the Royal Military Academy of Sandhurst in the U.K., like his father. He served as the deputy chief of the General Staff. In addition to his experience, he has made a popular name for himself as the chairman of FIFA and the Olympic Committee. On the other hand, he is also an Eastern leader with nine children and three wives.

The Seljuk Turks once dominated Qatar during the 11th century and had ties to the Sultanate of Oman in the Middle Ages. The Ottomans, who defeated the Portuguese in the 16th century, dominated Qatar, while the administration of Qatar was left to local sheikhs in accordance with Ottoman policy. At the beginning of the 19th century, there was a Wahhabi occupation and, when the Wahhabi revolt was suppressed in 1818, Ottoman domination was reestablished in Qatar. This is also the beginning of the conflict between Al Khalifa and the house of Al Saud, which had their eyes on Qatar.

The conflict between Bahrain, which wanted to capture the peninsula with the support of the Saud family, and Qatar turned into a war in 1867. The people of Qatar were defeated and the Bahraini troops, supported by the British, occupied Qatar. Increasing their influence in the Persian Gulf, the British were disturbed by the piracy in the region, forcing Qatari Sheikh Muhammad bin al-Thani to pay taxes to Bahrain.

Concerned about this development, the Ottoman settled troops in Qatar in 1871. Sheikh Jassim bin Mohammed, who asked for help from the Ottomans against the British, was assigned as district governor. The Wahhabi and Bedu threat on the one hand and the British threat on the other caused the Ottomans to establish headquarters in Doha and to position guns there.

Just get on with it
​
At the beginning of the 20th century, Qatar was a township tied to Ahsaa Sanjak of Basra province of the Ottoman Empire. While the town of Bidaa was also at the center of the province, Ottoman dominance did not extend beyond Doha and did not last long.

The Ottoman soldiers were defeated by the sheikh's troops during a battle that took place in 1893 due to the self-ordained behaviors of Sheikh Jassim. Sultan Hamid, in a diplomatic maneuver, announced that he had forgiven Sheikh Jassim and ensured the return of the former state.

A surprising incident took place a few years later. The Young Turks, who took power in the Ottoman Empire, renounced all their rights over Qatar on July 29, 1913, in favor of the U.K., amid hopes of gaining London's support. In August 1915, Ottoman units left Qatar without firing a single bullet.

The British settled on the peninsula and on November 3, 1916, Qatar became a British colony. A colonial system (protectorate) resembling the ruling of the United Arab Emirates (UAE) was established.

When oil was discovered in 1939, Qatar's strategic importance increased even further. In 1971, the country achieved independence. It had previously refused a proposal to become a part of the UAE so as not to be under the Saudi control.

Of the 2.5 million population, only 400, 000 are Arab and Qatari citizens. The rest are foreigners coming to the country as workers. They live almost without leaving the huge construction sites. There are so many Indians there at present that you will not feel like you are in an Arab country. Social welfare is high and order is stable. Every field from politics to traffic is dominated by a system instituted by the colonial administration.

However, water is scarce in Qatar. Sea water is treated and 1 percent of the world's oil reserves are found in Qatar. For the last 20 years, the world's largest natural gas reserves have increased the importance of the country. Previously a small fishing village, Doha (meaning "sun rise" in Arabic), is now a modern city with a population of 500,000. Due to low risks and costs, the country is attractive in terms of business and financial investments.

While the sheikh's family is Sunni Maliki, Qatar is the country with the most dominant Wahhabism sect, after Saudi Arabia. Even though a parliament of 45 people was formed in 2003, with two-thirds elected and one-third selected by the emir, the political role of the emir and his family is significant.

Whose game is it?

Qatar is small but one of the richest countries in the world with an average income of $127,000 per capita and an unemployment rate near zero percent. This poorest country of the past century has sought an active role in Middle Eastern politics in recent years. Furthermore, there is an important American military base in the country that has been become well-known worldwide in recent years thanks to the news channel Al-Jazeera.

The country has been in conflict with Bahrain over a number of islands in the Gulf of Basra for years. Its support for radical groups such as al-Ikhwaan al-Muslimun (the Muslim Brotherhood) and Hamas as well as close relations with Iran have been keeping the Arab League and the U.S. on the edge of their seats. For this reason, some Arab countries have cut off diplomatic ties with Qatar, causing a political crisis in the Gulf.

Qatar, whose economic relations mostly lie with Europe, was laid in front of the U.S. by the Arab League like a scapegoat. The U.S. does not want Qatar, which has the world's largest natural gas reserves, to have a say in this market. Otherwise, what could happen if a small state like Qatar were to support terrorism? This latest incident seems to be a game of global forces trying to bring the world back to a bipolar state controlled by Anglo-Americans on the one hand and Russians on the other.