Ramadan in Sultanahmet: An opportunity to travel back in time 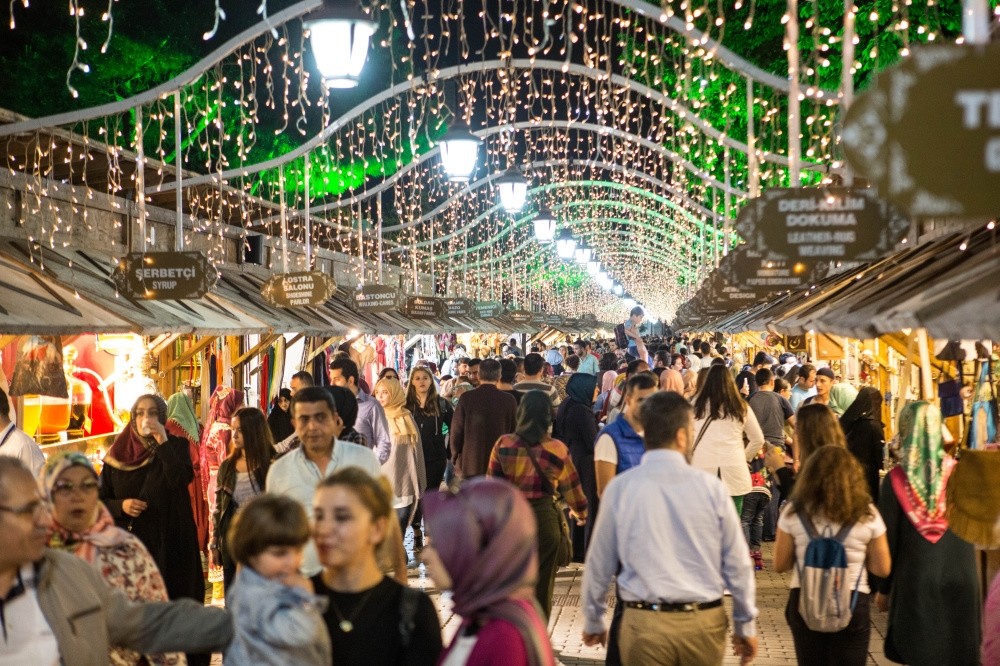 As an enthusiastic wanderer in Istanbul, I perused Istanbul's Sultanahmet district and explored its surroundings as part of my weekly Ramadan tour, which is again full of touristic attractions offering colorful events topped with some historical anecdotes

Istanbulites who are fasting are offered so many festival-like activities on nearly every corner of the city during the holy month of Ramadan. To experience a classical Ramadan in Istanbul and to enjoy it to the fullest, I set out on a quest to visit the renowned districts of the city, which are famous for the spiritual activities they offer throughout the holy month of Ramadan. My first stop for this week was the Sultanahmet district, where Muslims are enthusiastically welcomed. Part of the Fatih Municipality which serves the historical peninsula, Sultanahmet is one of the most popular districts for tourists all year long. The Blue Mosque, Hagia Sophia and many other historical monuments are located in Sultanahmet.

Hosting several historical monuments, Sultanahmet Square once functioned as a hippodrome. The Sultanahmet Mosque (also known as the Blue Mosque), which is one of the most prominent structures of the 17th century, is also located here. In addition to being one of the symbolic figures of Istanbul's silhouette, there is also the Hagia Sophia. With all its magnificence, religious and historical importance, the Hagia Sophia is a captivating center of attraction, especially among Christian tourists. Sultanahmet is an extraordinary center, which brings people from different cultures and religions together all year long.

Sultanahmet Square is such a large area that numerous tourists and Muslims who are fasting flock to the area hours before iftar (the fast-breaking time.) Breaking the daily fast in Sultanahmet is a kind of traditional activity for Istanbulites who wait for iftar with picnics they set up hours before the fast-breaking time. At the same time, the local Municipality also distributes meal boxes as a free iftar to the public throughout the holy month. However, the activities are not limited to only iftar. You can see people passing their time in the square in local picnics that carry on well after the iftar time, welcoming various activities such as outdoor concerts and shows held in the square. 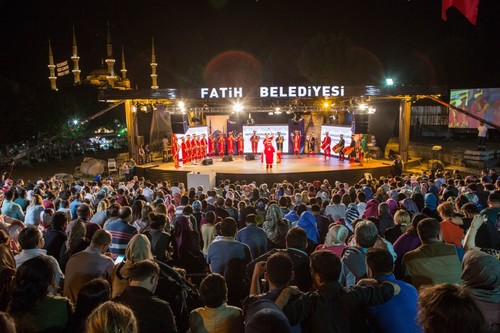 On the other hand, tourism police are ready to serve the public in the area 24 hours a day, seven days a week. Able to speak in multiple foreign languages, the police here provide security and comfort to the public. There is also a blood donation point offered by the Turkish Red Crescent in the area.

Located in the performance area inside the square, visitors can experience religious conversations, live Sufi music performances and many other activities reviving ancient Ottoman traditions. You can enjoy the night with a show from the Ottoman Janissarry Military Band, or "Mehter" in Turkish. They are one of the oldest military bands in the world. On nearly every point along the historical peninsula, you can see mongers selling boiled corn, chestnuts and candy sticks, called "macun," which is a kind of Ottoman candy.

At the big, antique bazaar in the district, known as "Arasta Bazaar," you may find several ethnic handicrafts and at local coffee shops and ice cream corners in the area, you can try Ottoman sorbets.

In addition to prominent structures like the Blue Mosque and Hagia Sophia, there are many historical structures at the area. You can visit Topkapı Palace and Ibrahim Pasha Palace, which now functions as the Islamic Arts Museum. What is more, the famous Basilica Cistern dating back to the Roman era is also located in Sultanahmet. Finally, the Million Stone is one of the most spectacular points located in the square. 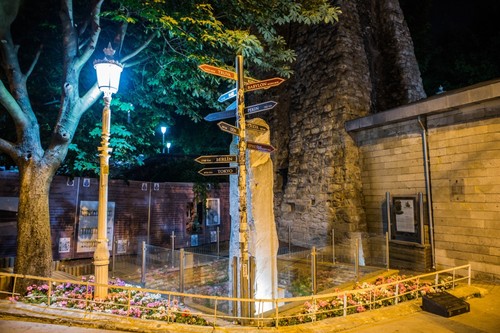 It was marked as the zero point and used for calculating the distance from Istanbul to various major cities worldwide during the Byzantium period.

Designated as the event area for 2017 by the Istanbul Metropolitan Municipality (IBB), Yenikapı is a district situated to the south of Sultanahmet. Offering a huge area with small shops, mongers and booths full of trinkets galore, Yenikapı also offers a colorful playground for children. As part of several activities planned for each day throughout the holy month of Ramadan, Yenikapı offers Karagöz shadow plays, photography exhibitions and an outdoor cinema. If you are seeking a nostalgic atmosphere this Ramadan, you must definitely visit Yenikapı before Ramadan ends.