Istanbul: City of the prophet's companions 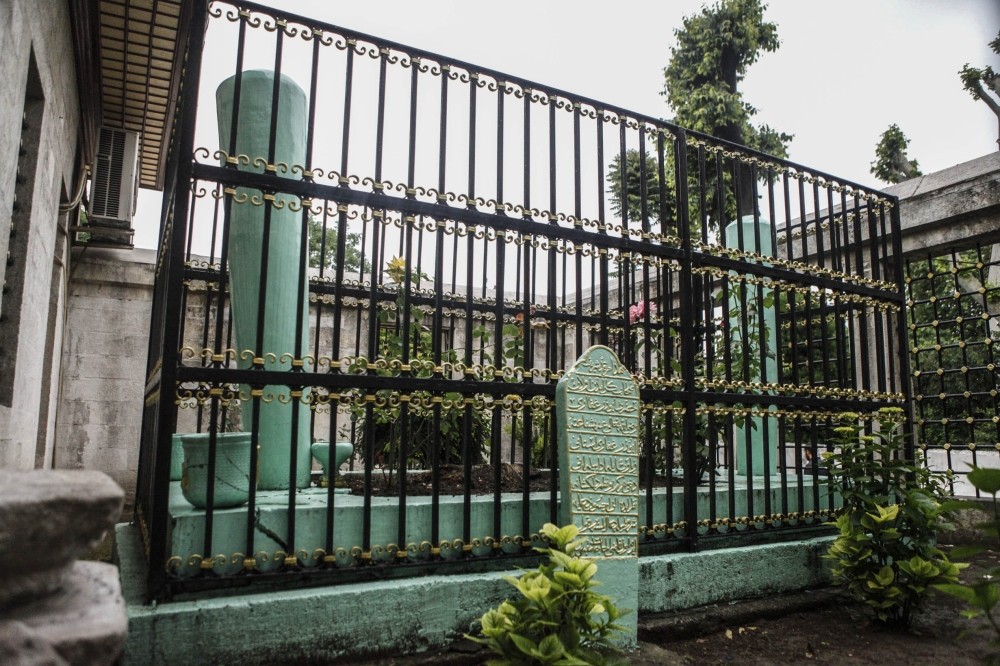 The symbolic tomb of Abu Dhar al-Ghifari who was one of the first people to accept Islam.
by Damla Kayayerli Jun 21, 2017 12:00 am

The resting place of Prophet Muhammad's companions including many who came to conquer Constantinople in the name of Islam and to gain the praises of the prophet himself, Istanbul is a historic place where many companions of the prophet were martyred, the most well-known of which is Abu Ayyub al-Ansari whose tomb is located in the modern-day district of Eyüp

To become worthy of the praises of Prophet Muhammad himself, many brave men lost their lives during sieges of the ancient city. The valor with which these martyrs sacrificed their lives has been described in the prophet's famous hadith on Istanbul in which he says, "Verily, you shall conquer Constantinople [modern-day Istanbul]. What a wonderful leader he will be and what a wonderful army that army will be." The hadith refers to Muslim armies that approached Constantinople numerous times in attempts to sieze the city, with thousands of Muhammad's companions and "tabi'eens" (those who knew the companions of the prophet) in their ranks. However, many of these brave men lost their lives in numerous battles.

According to historical accounts, more than 1,000 of the prophet's companions are buried in Istanbul's historic district of Ayvansaray. However, the location of the tombs of 28 companions, who came to Istanbul with Abu Ayyub al-Ansari, have been confirmed.

In that sense, Istanbul can rightly be referred to as "the city of companions." The tombs of these men, including that of Abu Ayyub al-Ansari and other "tabi'eens," are frequently visited by visitors, especially in the holy month of Ramadan. To pay our respects to Muhammad's companions and the tabi'eens, we set off on a journey to visit these historical tombs.

Our first stop is the "Sahabeler Haziresi" ("The Tomb of Companions"), located in Ayvansaray, right under the Golden Horn Bridge. The area is home to the tomb of Abu Şeybe al-Hudri, who was the milk brother of Prophet Muhammad.

To be worthy of Prophet Muhammad's (Peace Be Upon Him) praises, al-Hudri set off for Istanbul despite his advanced age and died beside the city walls. He was buried there by his son and fellow soldiers.

Right next to al-Hudri's tomb, there are two more tombs belonging to two of Muhammad's companions. One of them is the last resting place of Hamdullah al-Ansari, a respectable man from Medina, who is said to have traveled to join Abu Ayyub al-Ansari in his siege of Istanbul.

The other tomb belongs to Ahmet al-Ansari, another of Muhammad's companions.

The daughters of Husayn Ibn Ali

Atik Mustafa Paşa Mosque, also in the Ayvansaray district, is widely known as the Jabir ibn Abdullah Mosque because it is believed that another companion of Prophet Jabir Ibn Abdullah was buried right next to the mosque. 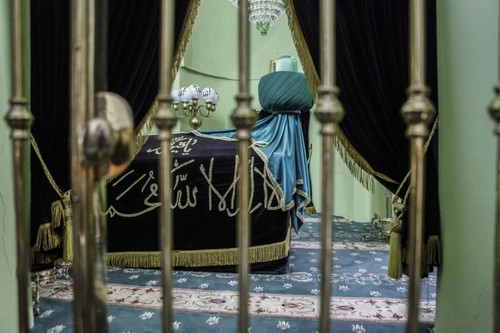 The tomb of Jabir Ibn Abdullah in Ayvansaray, Istanbul.

During the Second Pledge at al-Aqabah in 622, which was an important milestone in the series of events that led to Muslim migrations to Medina, Jabir Ibn Abdullah became the youngest member of the 70-person committee.

Following the Battle of Uhud, Jabir Ibn Abdullah participated in every campaign undertaken by the the Muslim armies and was honored to set off for his 19th campaign alongside Prophet Muhammad.

Meanwhile, the tombs of Fatimah and Sakine, the daughters of Hussein Ibn Ali, one of the grandsons of Prophet Muhammad, are located in the courtyard of the Sümbül Efendi Mosque. It is believed that the cypress trees standing tall adjacent to the tombs were planted by Jabir Ibn Abdullah himself.

The tomb of Abu Dhar al-Ghifari is just a five minutes' walk away from the Atik Mustafa Paşa Mosque. It is said that the location of the tomb was discovered by the Grand Vizier Ali Pasha in a dream during the reign of Ottoman Sultan Ahmed III. However, it is unconfirmed whether the location seen in Ali Pasha's dream is the exact location of the tomb. Hence, Ali Pasha built a symbolic tomb right next to the Çınarlı Çeşme Mosque, as directed in his dream.

Abu Dhar al-Ghifari, who was one of the first companions to have accepted Islam, spent most of his life participating in different campaigns to spread Islam. He as always beside Prophet Muhammad and asked questions that troubled him directly to the Prophet. Another symbolic tomb of Abu Dhar al-Ghifari, who is thought to had passed away near Medina, is located in southeastern Turkey's Adıyaman.

The tomb of Haceti Hafir is located near the old city walls in Edirnekapı. It is believed that Abu Ayyub al-Ansari was the uncle of Haceti Hafir and travelled to Istanbul to participate in his uncle's campaign, eventually dying there.

Near Haceti Hafir's tomb is the resting place of Amir, another companion of the Prophet Muhammad, who passed away during the first siege of Istanbul by the Muslims.

Near the ferry port in Karaköy, there are three symbolic tombs dedicated to three of Muhammad's companions in the courtyard of the Yeraltı Mosque.

One of the symbolic tombs belongs to Amr ibn al-'As, a commander during the Muslim conquest of Palestine and Egypt during the reign of Caliph Umar. He was known as the "conqueror of Egypt," and passed away there at the age of 90. It is said that the symbolic tomb was built in his honor as he was a frequent visitor to the mosque.

The Arab Mosque in Karaköy is said to be Istanbul's first mosque and, consequently, the city's first adhan, or Muslim call to prayer, was heard here. Following the siege led by Abu Ayyub al-Ansari, Maslama ibn Abd al-Malik launched another siege and managed to capture the district of Galata in modern-day Istanbul. He stayed there for seven years with his soldiers.

When the Umayyad caliph called al-Malik back to Damascus, he lifted the siege and the Genoese converted the mosque, which was originally a Roman Catholic church, to their place of worship.

After the conquest of Istanbul by Ottoman Sultan Mehmed the Conqueror, the building was turned into a mosque once and for all. Following a transition period, Sultan Mehmed had a symbolic tomb built in the name of Maslama ibn Abd al-Malik. To this day, it is rumored that his actual tomb might be there, as well.