Health benefits of yoga in context of modern lifestyle 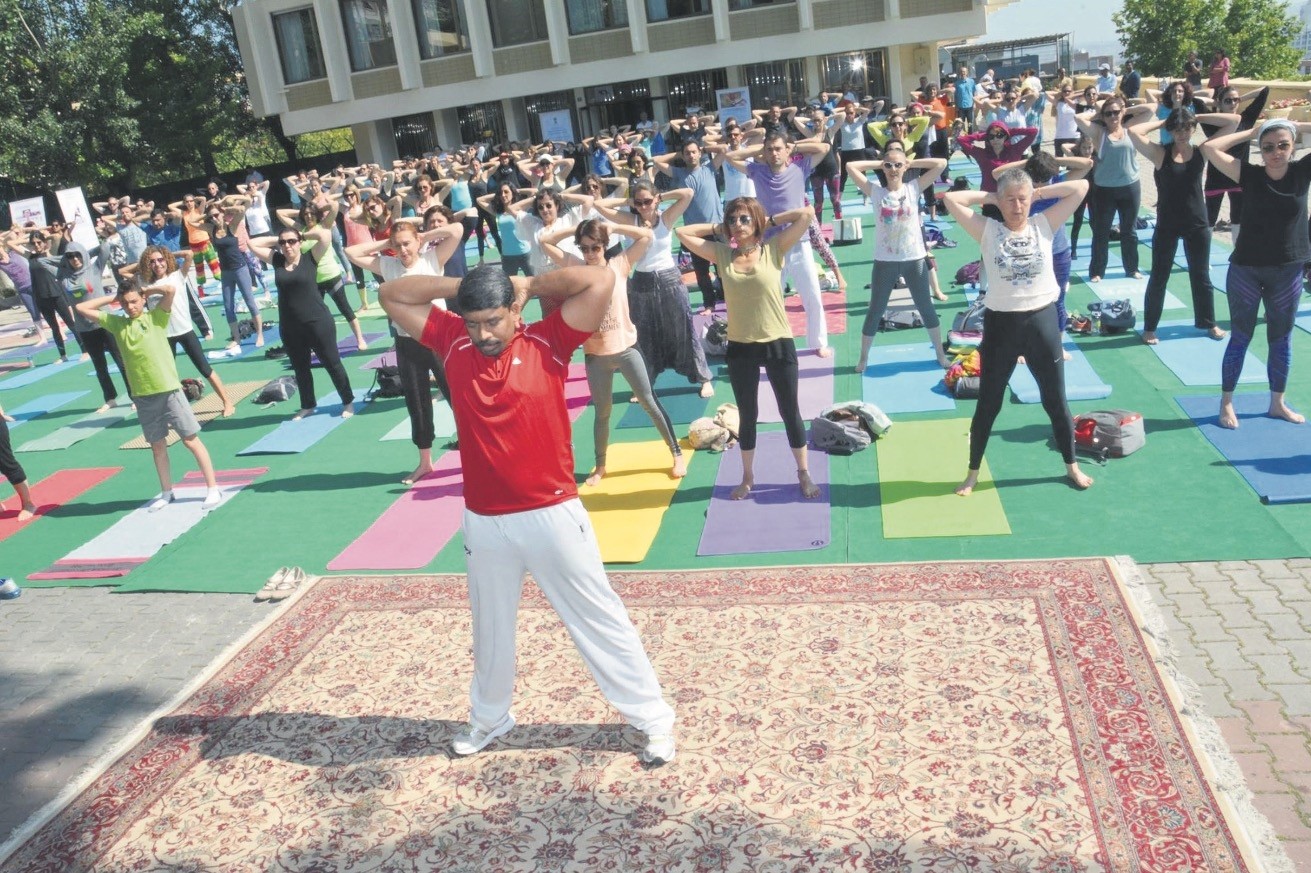 International Yoga Day, which was celebrated worldwide Wednesday, offers a chance to take a look at the benefits of yoga on health both physically and mentally

Yoga is essentially a spiritual discipline based on an extremely subtle science, which focuses on bringing harmony between mind and body, man and nature. It is an art and science for healthy living. The holistic approach of yoga is well established and it brings harmony in all walks of life, and is known for disease prevention, health promotion and management of many lifestyle-related disorders.

Today, yoga is popular across the globe, not just because of its efficacy in the management of some diseases, but also of its strength in providing relief to the practitioner from mental and emotional distress and providing a feeling of well-being. Hence, nowadays yoga is being practiced as part of a healthy lifestyle across the globe. Yoga can be understood as the ancient culture of consciousness, science of awareness, balanced state of mind, excellence in work etc. It is imperative that this wonderful culture is spread around so anyone and everyone all over the globe can be benefited. Yoga has a holistic approach; if taken on as a way of life, this gift to mankind can change one's life from ordinary to extraordinary.

All effort for self-improvement is yoga. In different countries at different times man disciplined himself to gain better knowledge and control over himself and his surroundings. In India, this happened through the process of yoga. This process is one of complete control of one's personality so that one may discover one's true self. Much of what the yogi discovered and realized has a direct relevance even today. Experiencing deep tranquility overcoming our doubts, discovering the purpose of life, the yogi pondered for a long time over these most fundamental issues of life and found answers to them. One has the choice to live a beautiful life with full clarity, compassion and caring. This is what one learns through the science and art of living which is yoga.

Yoga in ancient and modern times

The practice of yoga is believed to have started with the very dawn of civilization. Yoga is widely considered as an "immortal cultural outcome" of the Indus valley civilization, and has proved itself in catering to both the material and spiritual uplifting of humanity.

The different philosophies, traditions, lineages and Guru-sishya paramparas (succession from guru to disciple) of yoga lead to the emergence of different traditional schools of yoga such as Jnana yoga, Bhakti yoga, Karma yoga, Dhyana yoga, Patanjali yoga, Kundalini yoga, Hatha yoga, Mantra yoga, Laya yoga, Raja yoga, Jain yoga, Buddha yoga and so on. Each school has its own principles and practices leading to the ultimate aim and objectives of yoga. Different social customs and rituals in India, the land of yoga, reflect a love for ecological balance, tolerance toward other systems of thought and a compassionate outlook toward all creations. Yoga Sadhana of all hues and colors is considered a panacea for a meaningful life and living. Its orientation toward comprehensive health, both individual and social, makes it a worthy practice for people of all religions, races and nationalities. Nowadays, millions and millions of people have benefited from the practice of yoga, which has been preserved and promoted by the great eminent yoga masters from ancient times to this day. Today, yoga has become part of the lifestyle of many across the globe.

Benefits of yoga on health and lifestyle

The modern-day lifestyle has brought many challenges to health and has become a major cause of many ailments among people across the globe. Stress, improper dietary habits and sedentary living have led to a decline in health, performance and lead to diabetes, asthma, cardiovascular diseases, metabolic disorders and various types of cancer. Can yoga be a panacea for all these modern-day problems?

Yoga has the potential to solve lifestyle problems and psychosomatic diseases. A series of research studies were carried out across the globe to scientifically evaluate and validate the beneficial effects of yoga for the prevention of diseases and management of diseases, particularly those related to stress and psychosomatic ailments and promotion of health. Physiological, biochemical, psychological and clinical variables have been studied in controlled experiments to assess the beneficial health effects of yoga.

The studies revealed that yoga, through its effects on the autonomic nervous system and endocrine system, influences cellular and molecular aspects of health in yoga practitioners. It was observed that yogic practice brings stability of the autonomic equilibrium along with strengthening the parasympathetic system, thereby minimizing the wear and tear in different physiological systems and slowing down the aging process.

Yoga practice results in a relative hypo metabolic state, thereby providing a greater buffer for the stress response. The studies indicate improvement in physical and cognitive performance, improvement in thermoregulatory efficiency, body flexibility and stress tolerance. It also strengthens our immunity, thereby preventing diseases. Yoga was also found to be beneficial as an adjunct to the conventional medical management of hypertension, coronary artery disease and diabetes. Yoga may also be useful in reducing medication requirements in patients with diabetes and hypertension and could help prevent and manage cardiovascular complications.The benefits of yoga can be thought of at three levels: At the level of the body it delivers good health and wellness, at the level of the mind it increases focus, relieves stress and enhances productivity, and, at the level of the spirit, it elevates human values and brings peace and solace to one's life.