Through the eyes of the young 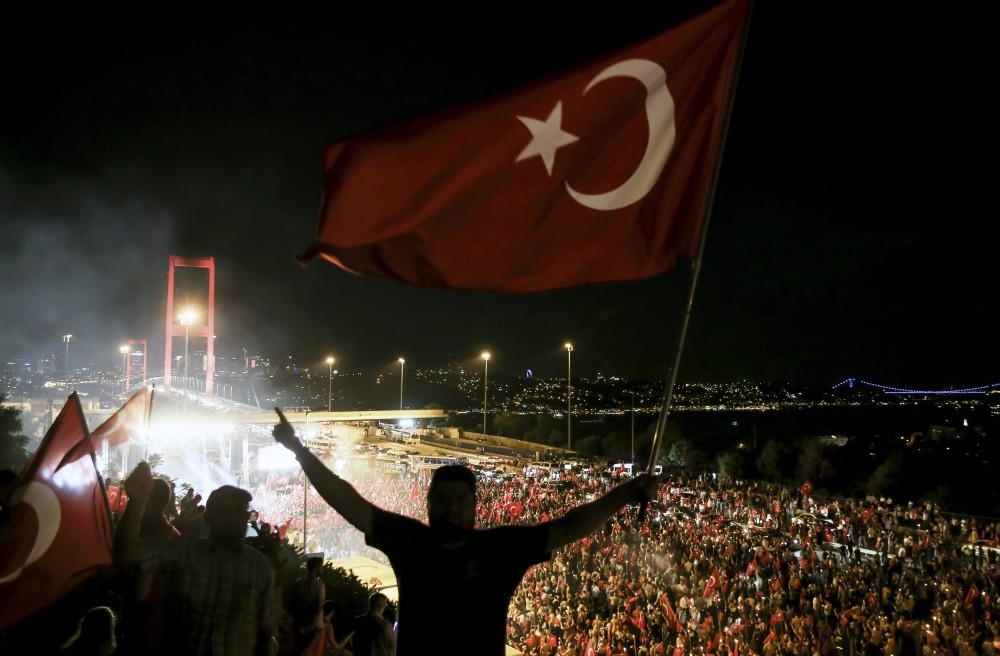 Thousands of people marched to the July 15 Martyrs Bridge u2013 then the Bosporus Bridge u2013 for democracy watches following the failed coup attempt last year.
by Jane Louise Kandur Jul 18, 2017 12:00 am

A year has passed since July 15. Many things are being discussed, written about, debated and disputed concerning the failed coup that occurred on this day. What were the causes? What are the repercussions and what lies ahead for Turkey? Perhaps the most important people asking questions are the young who not only experienced this day – some even losing their defending their country – but who will also shape the future 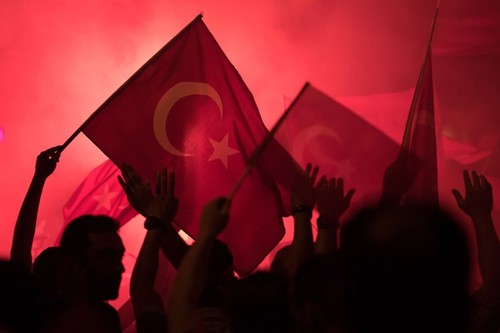 The first question was direct and simple and asked the young people to describe what they experienced on July 15?

Most of the respondents discovered that there a coup attempt was being made while watching TV or on social media. Some were in Istanbul, while others were on holiday outside the city. Some of those who were in the city mentioned the fear instilled in them by the low flying jets and the scenes they saw on the television. Others went out onto the streets to help defend the city. Some respondents stated how shocked they were when the national television was seized. TRT is a channel that they have known since their early childhood, and to see a news presenter read out a statement written by putschists sent their blood running cold. While some young people wondered how could a modern democratic nation succumb to a coup, how events from the 20th century could be repeating themselves in the 21st century, others stated that they had no idea what a coup meant, having never lived through such an event. Although reactions were mixed, with emotions ranging from confusion to anger, the common trends were dismay and "How can this happen?"

The second question asked the young people to describe their experiences during the month that followed.

Most of the respondents mentioned the month-long vigils, which were emotional and hope-inspiring. The presence of people from all over the world, in particular Syrians, Palestinians and people from Central African countries left a lasting impression on the young people. This was not solely a Turkish fight - people from all over were there to help. The funerals of the martyrs were also mentioned, with great sorrow, especially the funerals of young people; these latter made everything seem more real and bring home the responsibility that the younger generation had.

At the same time, many mentioned how quickly things returned to normal. Despite perfidious forces trying to drive the country into chaos, order and normalcy soon returned. A few mentioned that if things had gone differently, such normalcy would not have existed, but would have rather been replaced with a great loss of freedoms and rights.

The third question was asked how the failed coup affected or changed their life.

Some young people stated that the failed coup did not affect their lives in any significant way, due to the fact that Turkey soon returned to normal. Others responded that the failed coup made them feel closer, more committed to their nation, that it made them aware that they should dedicate more time to being a citizen who treasured democracy and freedom. Some remarked that the coup brought home the dangers; even after the entry into the new millennium the forces which were trying to undermine the country had not been eliminated, but rather had remained.

One young person answered that of course the failed coup changed their life. They learned to be more connected to their country as so many people had died in the name of their freedoms and securities. This meant that they had to "make a greater effort and no matter what, they should never let anything limit my freedoms or rights."

Another respondent, a newly qualified lawyer, stated that "we have to amend the legislation in order not to face another coup attempt. As a lawyer, I tried to follow every discussion in the aftermath of the coup attempt..."

The fourth question was "How do you perceive Turkey today? Do you feel Turkey is a safe place to live?"

While the majority of the answers were in the positive, there were a few young people who stated they do not feel safe. This was due to the fact that before the coup there had been terrorist attempts, as well as the fact that a coup could take place. The terrorist activities that are still being carried out in the Southeast caused some concern among the young generation. The global threat of terrorism is something that creates danger not only in Turkey, but indeed in many countries throughout the world.

The majority of young people asked stated that they feel Turkey is a strong country with a young population and a growing democratic tradition. It is a strong state in the Muslim world, and acts as a representative for Muslims all over the world. This, some respondents answered, means that there is an opportunity to eliminate undemocratic organizations and to create a strong future.

The fifth question asked the respondents how they perceive democracy in Turkey.

Most of the young people categorically stated that they see Turkey as a country with a fairly robust democratic tradition, despite certain restrictions. Such legal measures had to be taken for valid reasons, and as one respondent stated that while these restrictions "were made for a reason", every "democratic country has laws."

A few young people stated that although there is democracy in Turkey, there is a lack of respect for differences, for how one believes, for how one dresses, and this created a severe limitation of the rights of all to practice their democratic freedoms.

A few respondents expressed concern at the general cleansing of the police, army and bureaucracy after the coup. There is concern that while those who were culpable were rounded up, innocent people were also implicated. People who had no affiliation with any of the groups responsible lost jobs. But all respondents stated that the sentiment and commitment to democracy demonstrated a year ago will ensure a greater democracy and more security in the very near future.

Question number six was: "Are you optimistic about Turkey's future? Why/Why not?"

The answers to this question were split about fifty-fifty. Those who were optimistic felt that due to the unity and togetherness demonstrated on the night of 15 July better days were ahead. A people willing to die for their democratic rights will certainly ensure that their country will continue to be democratic and that everyone's rights will be respected. Although currently in a state of emergency, there is optimism that Turkey will emerge stronger and better.

And then there were others who were not so optimistic. Not because they thought Turkey would become undemocratic, but rather because they feared that Turkey was too strong, too much of a regional leader. This is a danger, the respondents said, that certain forces did not want Turkey to be strong, nor do they want Turkey to lead. Turkey has an important part to play in regional politics, and this could be a good thing, or a bad thing.

This was the only answer that had a unanimous answer. Without exception the answer was the Gülenist Terror Group (FETÖ). The young people laid out how the group had infiltrated state institutions over the years, and how recently it had become apparent that FETÖ was working to a different agenda, trying to control the government. They stated that Fetullah Gülen is a criminal who should be brought to justice. Some young people went further to state that Gülen, in their opinion, could not possibly have acted alone, and must have been assisted by Western states. But there is no question in their mind that the main force behind the failed coup was FETÖ.

Question 8 asked about how the young people perceived Turkey's standing/position in the world. They were asked if they felt Turkey has an important voice.

Without exception, the respondents answered that Turkey is a very powerful Muslim country, a regional leader. Some were of the opinion that the coup was staged due to this very strength.

There was a general note of hope that Turkey will be able to establish alliances and continue be a regional leader.

Many of the people answering the questions stated that the very togetherness and unity displayed on the night of the coup indicated Turkey's greatest strength. With this unity and togetherness Turkey would prevail.

The older generation often criticizes the younger generation for being selfish, out of touch and disinterested in the real world. Perusing the above answers from young people, male and female, aged 15-25 above indicates that nothing could be further from the truth. Indeed, the social media which we blame for divorcing them from the real world was one of the main instruments enabling them to keep up to date with events as they unfolded - events occurring in the real world. Not only is this younger generation in touch, they are willing to sacrifice all - even their lives - to defend the ideals of democracy and freedom. How much more in touch do they need to be? The existence of such a strong, passionate younger generation bodes well for Turkey's future.

I think that togetherness, unity and patriotism thwarted the coup and that this demonstrated the real strength of Turkey.