Living healthy and breaking records: A diver's story of strength 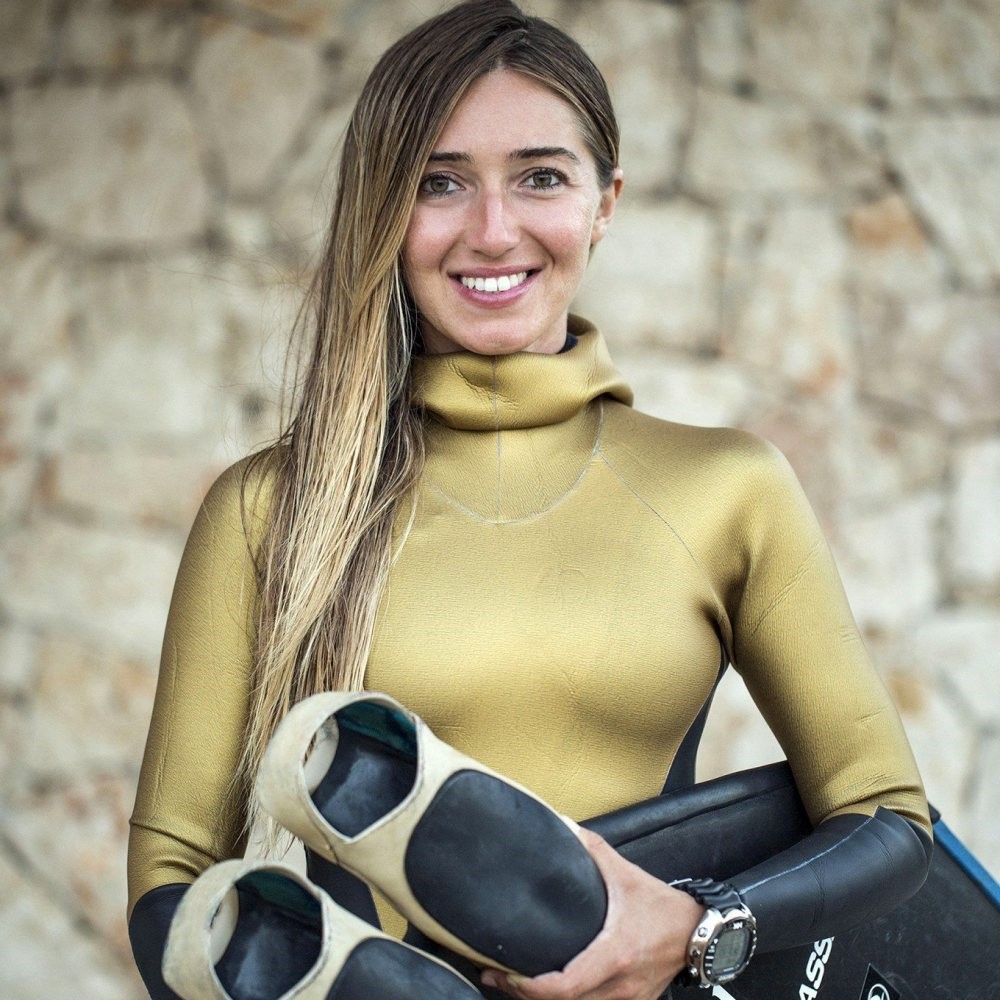 Apart from breaking world records and excelling as an athlete on the Turkish National Team, diver Şahika Ercümen is known for her passionate commitment to maintaining and promoting a healthy lifestyle

When it comes to Turkish athletes who have made a name for themselves in the international arena, Şahika Ercümen, 31, a free-diving world champion, is one of the first names that comes to mind. Originally hailing from the province of Çanakkale, Ercümen holds multiple world records in the free-diving "variable weight with or without fins" category. After diving 110 meters in the variable weight apnea category and securing her sixth world title on October 22, 2016, three days later in the Kaş district of Antalya province she participated in a competition in honor of the 93rd anniversary of the founding of the Republic of Turkey, successfully breaking her personal record and the world record of 91 meters, diving 93 meters in the "variable weight without fins" category.

The famous diver and world record holder has come to the fore since winning the Zümrüdünaka Award for her contribution to healthy living which is presented by the Turkish Green Crescent, a non-profit organization that fights smoking, alcohol, and other addictions such as drug use, providing services for those who want to be freed from their addictions.

Speaking to the press after receiving the award, Ercümen talked about her love for water and the importance of healthy living through sports.

she feels like the cells in her body are smiling whenever she sees water; which she says is a magical world of another dimension. "There is no gravity and there are no borders. Thanks to the underwater, I have evolved and gotten to know myself better. Diving is also an internal journey, like a journey home, where I feel comfortable, calm and peaceful," Ercümen said.

She went on to note that she discovered the lifestyle of healthy living after struggling with severe allergies as a young child which affected her negatively both physically and psychologically. After she began exploring water sports, she chose swimming and learned proper breathing techniques. She describes her childhood as a difficult one marred with lack of appetite and chronic illness: "Although I couldn't participate to any sports due to asthma, water drew me back into life. That is why I feel that I owe my life to water."

According to Ercümen there is more interest in sports, healthy food and healthy living in general as people are more aware of the importance of moving, not sitting down the whole day. She also said that even walking has meaning for our bodies, adding that a healthy lifestyle should be taught to young children, especially now. "We need to introduce different types of sports to children and ensure that they make this a part of their daily lives. Activities should be organized not only in Istanbul or Bodrum but also in Van, Ağrı, and other provinces across Turkey with both dieticians and sports nutritionists," she said.

She expressed how one's life can change with the proper diet and how good nutrition also shape our feelings and helps prevent many diseases. About her own diet, she says that one of her essentials is salad and eggs, and she frequently eats small-portion meals and also snacks. She has a sweet tooth but she prefers her own dessert recipes and recommends that everyone make home-cooked meals.Ercümen also touched on how sports can prevent other addictions due to the happiness hormones, or endorphins, released while exercising. "Your life will be more disciplined and it will give you a new hobby. You won't have any time to dwell and your mind will be directed away from harmful actions and habits" Ercümen said, adding that she supports the Turkish Green Crescent's efforts in this respect and tries to be involved as much as she can.

The Green Crescent is an independent, non-profit and non-governmental organization (NGO) that acts according to rules of the Ministry of Interior Department of Associations. Founded in Istanbul on March 5, 1920, the society works for the protection of society and particularly of young people from tobacco, alcohol, drugs, gambling and technology addictions. The organization is also a part of U.N. and carries out operations in Palestine, Bosnia-Herzegovina, Malaysia, Thailand, Lebanon and Montenegro.

For the last four years, the Turkish Green Crescent Society has presented the Zümrüdüanka Award to people or organizations that support a "healthy lifestyle, away from any addictions." This year's awards were presented to the winners in a ceremony overseen by President Recep Tayyip Erdoğan in the spring.