Traveling solo in Ayvalık: The best gift you could give yourself 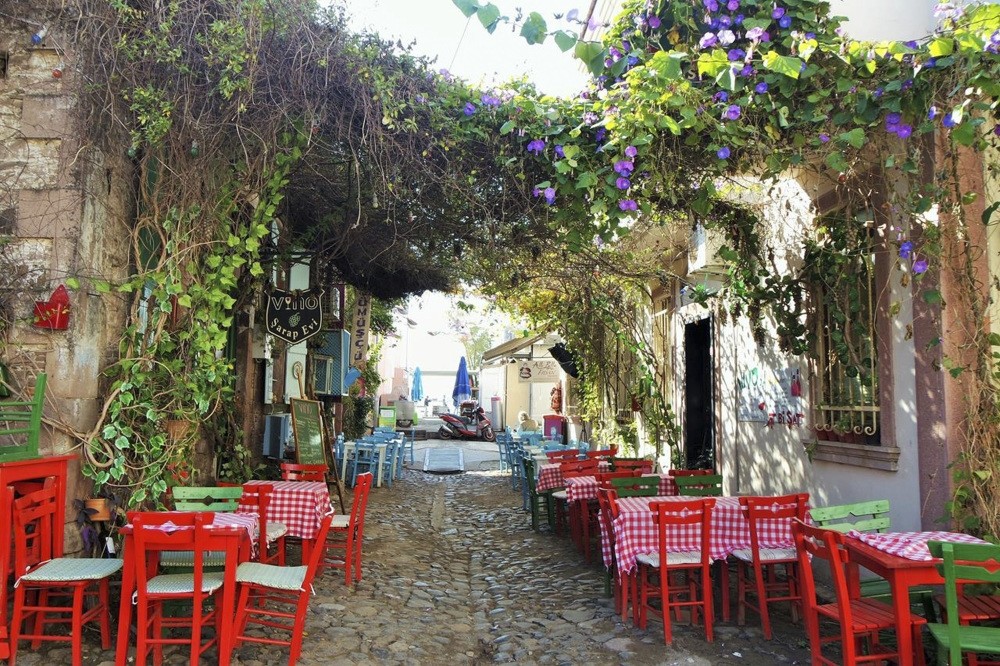 Travelling solo gives you more freedom than you can imagine, and the best way to get a grip on solo trips is to find a place that is unknown to you. As a sucker for solo trips, I traveled to Ayvalık on a small budget

Frankly speaking, travelling solo is always amazing, and it is easy to fall under the spell of solo travel. The charm of single-person excursions comes from getting the chance to indulge yourself to the hilt. If you have never traveled alone, I strongly recommend that you try it at least once in your life. You can do exactly what you want during a solo vacation without the restrictions of anyone else's wishes or preferences. This can be a time for pleasing yourself; you can rest or go on an adventure whenever you want, explore your surrounding and meet new people.

Unlike travelling with friends or family, solo travel is more exciting because every feat of exploring and experiencing new things is your own, and you will be more confident to take risks since the time you interiorized your mistakes. There is nothing to worry about when you embark on a journey by yourself. Do you want to savor the feeling of tranquility? Do you enjoy dynamic activities? Or, do you like both of these things? Then, the day is yours, parlay it whether going to a museum or trekking all the way across town; you can stay in a hotel or pitch a tent.

While you are free to pick your destination, it is still best if you choose a place that is unknown to you. I chose to go to Ayvalık as I was on a budget. Ayvalık is quite cheap when compared to other tourist attractions such as Bodrum and Çeşme, and I had never been there before. At first glance, Ayvalık may seem like an ordinary coastal town. However, you will discover a unique mixture of Turkish and Greek culture that has been attractively turned into one, unique cultural experience. If you enjoy listening to the radio, you will find many Greek stations on air here, and I guarantee that the songs will surely capture the ambiance of the place. Also, some of the old stone houses here are used as boutique hotels, offering great places to stay. On the other hand, there is no shortage of delicious delicacies to try on your trip. Olive oil, black mulberry and gum-flavored ice cream are things you will hear about most in this region. Additionally, I have to mention the local mezze and the region's famous, local papalina fish. And, of course, you mustn't leave Ayvalık without trying its famous toast. 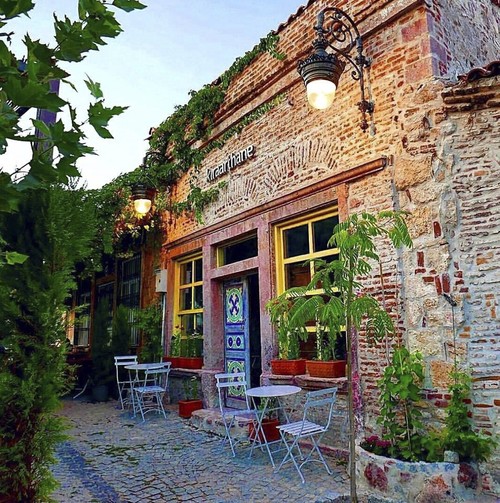 With its extra narrow streets, Cunda Island is the spot that had the most profound impact on me during my trip. According to a local guide, it was formerly known as Pirate Island, and its labyrinth-like streets were designed so residents could easily flee the town in case of an emergency or threat. For accommodations, Cunda Island and Sarımsaklı Beach are the best. I stayed in a hostel for a very nominal price on Sarımsaklı Beach. There, I could sunbathe on the beach and swim in waters that are overseen by a billowing blue flag that indicates that it boasts some of the cleanest waters in the region. You can find a lot of these blue flags in the area. There are also yacht tours that can take you to coves around the island that are glimmering with stainless, cold water. Be warned though, during these tours loud music can be heard on the boats. Still, it is pretty entertaining in general, and there are competitions such as dancing and even sea diving. Winners of these competitions receive rewards. I participated in a dancing competition and received an ice cream.

If you are down for exploring the natural beauties of Ayvalık, Satan's Table (Şeytan Sofrası in Turkish) should be your first stop. Named after the Greek myth that says that the hill is where the Devil feasts, this place is deeply rooted in an ancient story dating back to the time when the Greeks lived under the reign of the Ottoman Empire around Ayvalık. According to the myth, a mystical person named Penolepe isolated himself from everyone in the region and is said to have lived on the hill. When famine struck Ayvalık, priests and the clergy blamed Penolepe for this and demanded that the local people lynch him. Upon hearing the news from a goatherd, Penolepe prepared a perfect meal. When people came to the hill to lynch him, they were so mystified by the lure of the dinner table that they completely forgot about Penolepe. He was able to escape, and the name of the hill became known as the Devil's Table.

In the Gulf of Edremit, Mount Ida is another place where Greek mythology still lingers. According to monotheistic and Pagan religions, Satan was expelled from Heaven. Also, in Greek mythology, Zeus is given the task of expelling Satan to Selene, the Moon goddess. It has been rumored that while Satan was escaping, he left one of his footprints on the hill and the other in Mytilene. You will see traces of strange superstitious beliefs on Mount Ida. People even make wishes by throwing a coin into the footprint and tying pieces of clothes to iron wires around the footprint. What is interesting for me is that those people are asking for something from the Devil.

Nevertheless, the Devil's Table is located at the highest peak in Ayvalık where you can see the entire town, the sea and the forest and enjoy a beautiful sunset. This spot becomes very crowded due to its popularity, so I recommend visiting during the evening on a weekday.