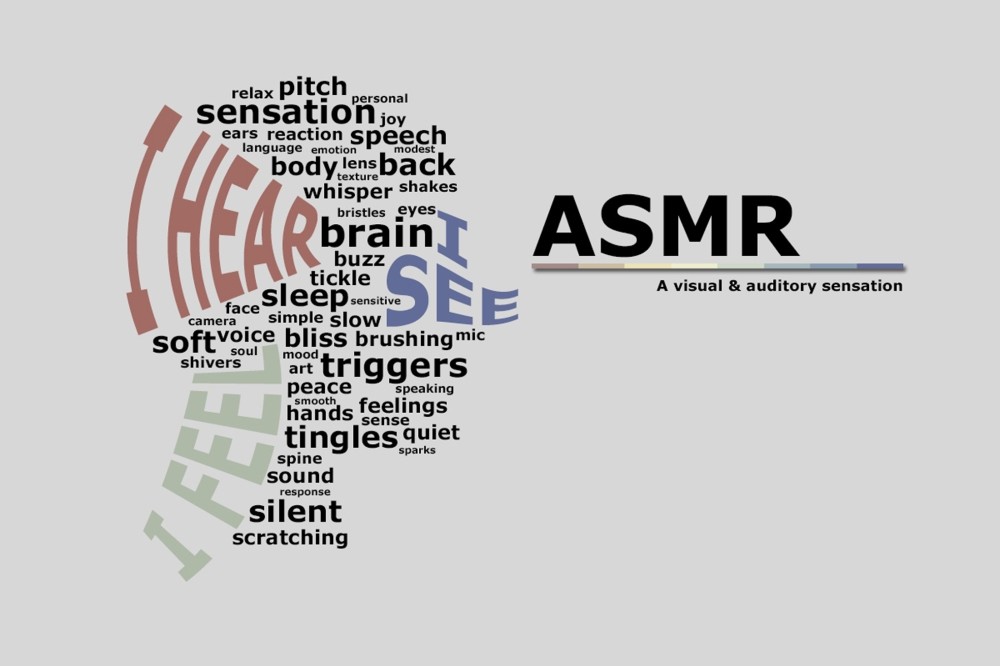 If you've ever experienced an explainable "tingling" feeling in the back of your head as you listened to your mother singing lullabies, or while having a haircut as a grownup or watching Bob Ross' famous TV show "The Joy of Painting," then you are not alone. This phenomenon, unnamed until recently, is known as Autonomous Sensory Meridian Response or ASMR.

Over the last couple of years, ASMR has come a long way from the pages of scientific literature. What started off with a couple of videos containing ASMR triggers has now become a rising YouTube subculture.

These videos generally feature a soft-spoken person, in most cases women, whispering or tickling sounds of everyday stuff like a brush, paper, or even water. With the trend on the rise, ASMR is now being employed in different areas from advertising to artworks.

A majority of ASMR videos include young, attractive men or women whispering, making different noises like while eating, licking or scratching, activities that may sometimes be considered "unnerving."

Roleplaying is another important part of most ASMR videos. Many YouTubers pretend to be a masseur or a dentist and this can easily raise questions regarding this "virtual experience."

By using a pair of headphones, you can completely immerse yourself in soft voices and tingling sound effects. Many people who experience ASMR resort to the phenomenon to tackle insomnia and depression, arguing it works like a therapy.

One of the most popular ASMR channels on YouTube, GentleWhispering, is also one of the oldest channels on the phenomenon.

It was created by Maria, a young Russian woman, who has made videos in different contexts, from a checkup at the doctors to ironing clothes to house cleaning. She now boasts over a million subscribers.

Another channel with over a million subscribers, ASMR Darling, was created by a teenager named Taylor Darling. The channel includes ASMR videos featuring make-up session, painting, and role-playing famous characters from popular movies or TV shows, such as Game of Thrones' Daenerys Targaryen.

Apart from these, ASMR is seen as a therapy by many who think it's relaxing and felicific.

Sarah Toth, 26, used drugs since the age of 15 and could not sleep without using oxycodone. But now she claims that ASMR videos have helped her sleep without the use of any drug and as a consequence has changed her whole life. She has recovered fully and now creates her own ASMR content on YouTube.

Meanwhile, ASMR is not associated with peaceful and relaxing situations only. "Horror ASMR," a sub-genre created by a niche community, explores contents that provoke ASMR through elements we are used to seeing in horror movies.

Stressful moments at the dentist or Freddy Krueger coming out of nowhere are some examples used in horror ASMR.

Today, thousands of YouTubers create ASMR content and if you search for the word "ASMR" the platform will offer you more than 10 million videos.

ASMR is also gaining viewer popularity, as the search for the word "ASMR" in YouTube has increased some 200 percent compared since 2015.

If you are looking for a correlation between ASMR and people with sleep disorders, what you'll find interesting is most searches for ASMR are made around 10 p.m. and 11:00 p.m.

A new way in digital marketing

Brands that are featured in different ASMR videos or are fit to be used, like cosmetic or textiles have begun to use ASMR in their advertisements. By partnering up with ASMR artists they have captured the audience to promote brands or products.

Many advertisers have also used the idea of ASMR in their advertisements. One of the best examples was presented by the Swede furniture brand, Ikea. In its 25-minute-long video advertisement "Oddly Ikea," a woman is seen making noises with sheets, pillowcases, and lamps that evoke ASMR feeling.

The fact that the ad promotes products for college dorms was proof to very clever marketing, targeting the particular age group most interested in ASMR.

ASMR videos have already become a subculture among people with sleep issues and those just trying to find a way to relax. Since it's free content, you might as well want to give it a try the next time you go on YouTube.