Scholar with a purpose: Al-Arian brings Muslim world into spotlight at Istanbul conference 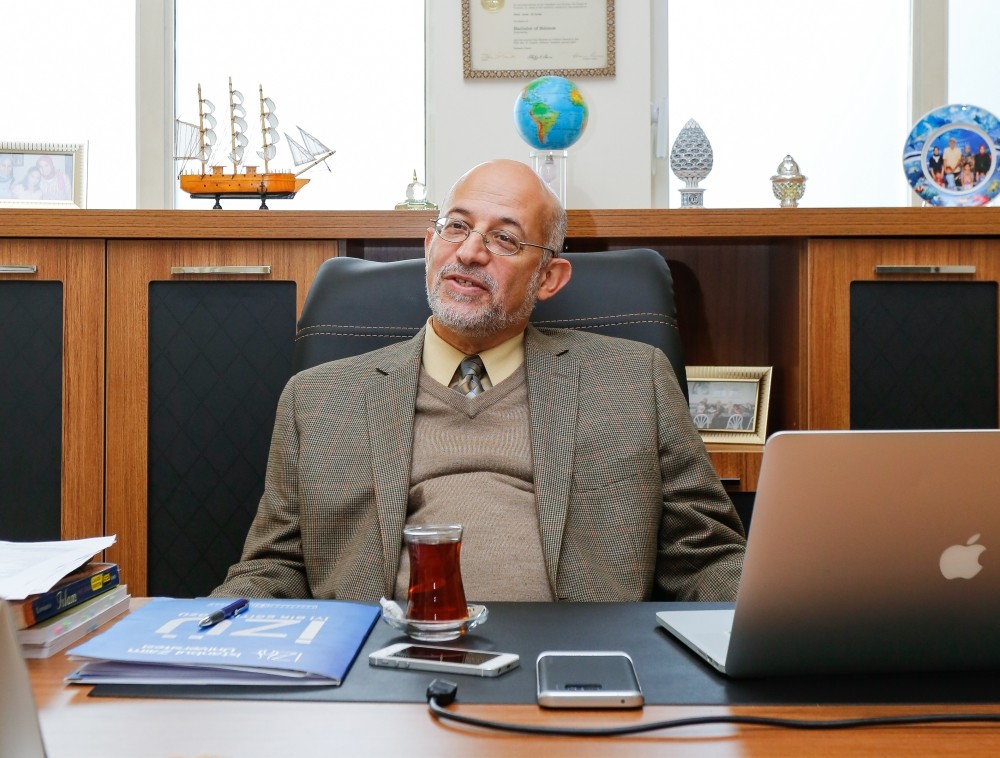 Al-Arian established many organizations, while in the U.S., both academic and social, and now does the same in Turkey, as the head of CIGA.
by Özge Bulur Oct 07, 2017 12:00 am

After being deported from the U.S., Palestinian-American scholar Sami al-Arian gave his all to academia and got behind the wheel of the Center for Islam and Global Affairs (CIGA) in his new home, Turkey, and this weekend, the CIGA holds its first conference, bringing noted scholars together to discuss several key issues of the Muslim world

Home is not the only place we can make memories. For Palestinian-American scholar Sami al-Al-Arian, who lived in the U.S. for 40 years only to be forced out in the end, home is a distant dream. Once a computer engineering professor at the University of South Florida, al-Arian now calls Turkey, the country that welcomed him in 2014, his home. "My grandfather fought with the Ottoman army in World War I as a Palestinian. At the time, he was only in his early 20s. Even though I have never visited the country, Turkey seemed like a natural home for me, especially with its current leadership," al-Arian said, describing the place he now calls home. Currently, he is more than ready to work for the betterment of Muslim societies through academia.

During his academic career in the U.S., al-Arian established many institutions, from academic and civil rights institutions to community centers and Islamic schools. For him, the "vicious attacks on not only Islam and Muslims, but also on the history and the presence of Muslims in America," can only be dissuaded by these types of institutions. This concept particularly applied to the theory of the "Clash of Civilizations," which argued that a conflict between Muslims and the West would arise in the wake of the Soviet Union's collapse. His aim was to open up dialogues between Islamic and Western academics through the institutions he founded. However, he would eventually become a target of the U.S. itself and be asked to leave forever.

Before explaining why al-Arian had to leave the U.S., it is important to mention his new academic works in Turkey. Even though al-Arian was dismissed from his tenure position as a university professor in the U.S., his never-ending commitment to the betterment of the Islamic world has gained new momentum in Turkey recently, as he is now the director of the Center for Islam and Global Affairs (CIGA) as well as a public affairs professor at Istanbul Sabahattin Zaim University (İZU). "To conduct high quality research and analysis, educate the public and policymakers, train experts and propose novel ideas and policy recommendations regarding global policies and relations impacting the Islamic world and the development and progress of Muslim societies," are among the objectives of the CIGA. The organization will host a three-day conference from Oct. 8 to Oct. 10 at the İZU ISEFAM Auditorium and Yahya Kemal Beyatlı Convention Center in Küçükçekmece that will bring a series of noted scholars and academics from around the world together. For more information about this event visit: https://www.izu.edu.tr/en-US/ ciga.

By founding the institutions, al-Arian further introduced the U.S. to the Islamic world and established a constructive dialogue for both

sides. His aim in Turkey with the CIGA is "to look closely at historical concepts that no longer operate in the same way they did centuries ago." As a result, a range of scholars, including Richard Falk, professor emeritus of international law at Princeton University; Tariq Ramadan, professor of contemporary Islamic studies at Oxford University; John L. Esposito, professor of religion and international affairs and Islamic studies at Georgetown University; and İbrahim Kalın, presidential spokesman and senior adviser to President Recep Tayyip Erdoğan are among participants of the conference, "International Conference on the Muslim Ummah." In a bid to present "practical solutions to the many problems that the Muslim world is facing today," the conference will include six sessions, concluding with the discussion "The Muslim Ummah in Today's World." The topics to be discussed will cover a wide spectrum, including "Political Legitimacy in the Muslim World," "Global Challenges to the Muslim World," "Redefining the Role of Islamic Law in the Modern World," "Socioeconomic Challenges in the Muslim World" and "Understanding Fault Lines within the Muslim Ummah."

Going back to his story in the U.S., the academic research center al-Arian headed between 1990 and 1995, as well as a civil rights group that he worked at until 2003, were exposed to attacks from Zionists, according al-Arian – so much so that a U.S. security apparatus was created to target the country's Islamic community. In the meantime, numerous activists, including al-Arian, were scrutinized and monitored by this program, seemingly aimed at putting Muslim activists in prison. "They started a program to isolate Muslim activists and put them in prison that came under a practice that we called 'the use of secret evidence in court'," al-Arian said, defining the first few years of his life that would later lead to years of persecution. In a move against the use of secret evidence, al-Arian headed a movement that included people from numerous ethnic and religious backgrounds, bringing them all together with a variety of activities to raise public awareness through media campaigns, editorials and feature stories. His effort "eventually culminated both in legal victories, as well as political victories," al-Arian said. "We were able to get 129 congressmen to support our call to ban the use of secret of evidence." 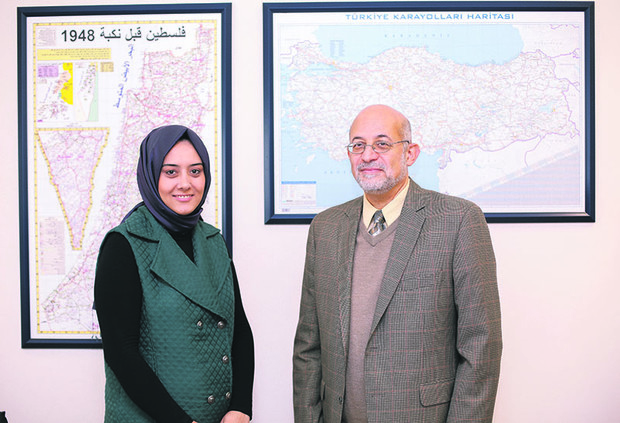 The influence al-Arian's effort manifested itself during the presidential debate between Republican candidate George W. Bush, who later became president, and Democratic nominee, then Vice President Al Gore, when the topic of secret evidence took the spotlight. As part of "the single most important civil rights issue for Muslims at the time," al-Arian said the Islamic community supported Bush "on his promise to end the use of secret evidence which was affecting many Muslims." In the end, Bush won crucial votes from the community that helped lead to his 537-vote victory in 2000.

The day the Bush administration invited Muslim community leaders to celebrate the end of secret evidence, however, coincided with one of the worst days the U.S. has ever seen: 9/11. Not only was the meeting canceled that ill-fated day, but after the attack, the U.S. backtracked in its relations with the Muslim community. "Muslims became basically targets, and I became a target," said al-Arian, who was indicted, along with three other co-defendants on 100 charges in 2003 after his university wanted to dismiss him from his tenure position. "The trial took place in June 2005, almost 25 months after my arrest. I was in solitary confinement the whole time, during the trial and afterwards. I was in solitary confinement for 43 months. It was the longest trial since 9/11 and ever since, with six months of trial and over 80 witnesses," al-Arian explained, leaving one to wonder how he was able to hold onto his patient faith in the justice system. Due to a lack of witnesses, the court was unable to convict him of a single charge, but finally wrote up a deal where he had to give up his rights in the U.S. After living in the country for that many years, he would have to leave. Although a deal seemed to have been reached in Florida, al-Arian faced another charge in a different state, and this time was put under house arrest for five years. After spending five and a half years in prison, he was also subjected to five years of home confinement. "The judge was not convinced of the government's argument, but she also did not dismiss the case and left it open, after which the government gave up on trying to prosecute and persecute me. The second time they dropped the charges, yet I still had an agreement with them that I had to leave the country. This was in 2014," al-Arian said, describing the final phase of a nightmarish persecution.

Despite everything, al-Arian now has a bigger goal for the Muslim world. "When I was in the U.S., I thought Washington D.C. was the center of the world because many activists traveled through there. Now, I can see that Istanbul is the center of the world," said while making a comparison between Turkish and U.S. academic availability of Islamic studies. Bringing together several scholars from around the world for the CIGA's first conference in Istanbul, which he thinks is "at the forefront of any real reform within the Muslim world," said: "The best way is to engage as many scholars outside as possible both within and outside the Muslim world." The prolific professor aims to form some more working research groups to debate, write and publish. "It is my hope," said about the first few pages of his academic life in Turkey while talking about his future projects, not disheartened at all by any of the previous obstacles he met in the U.S.