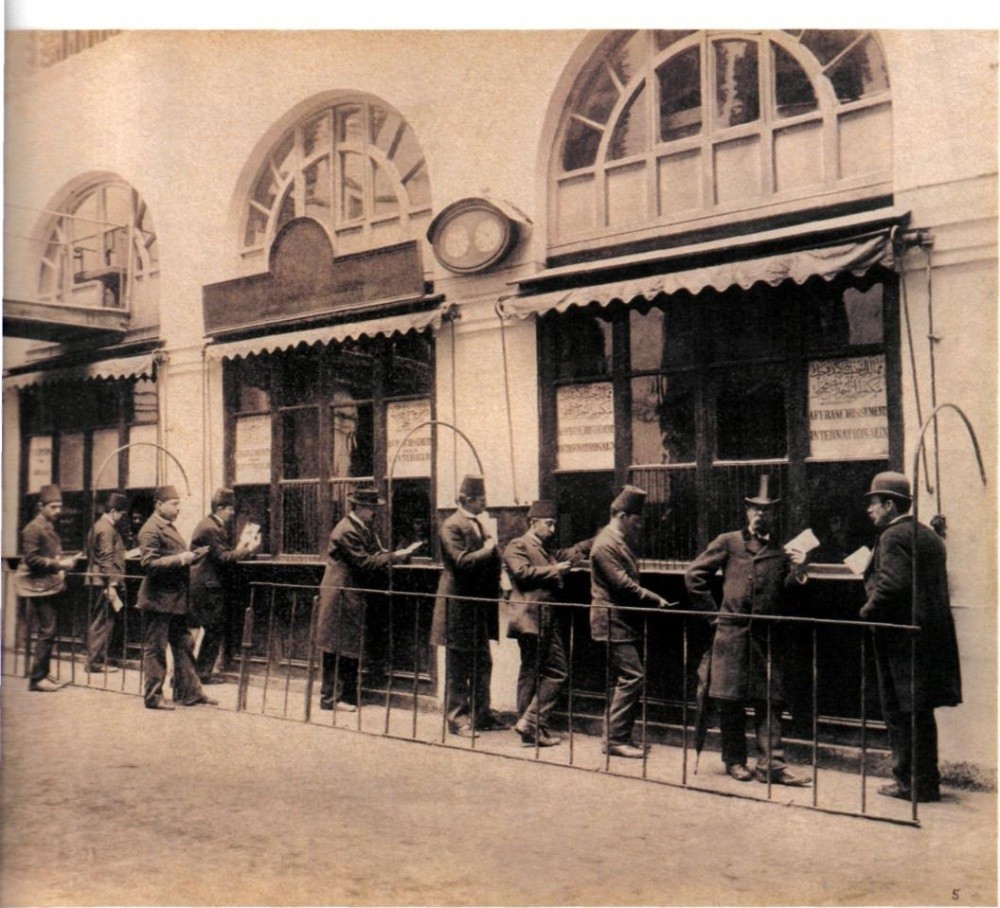 The early 19th century marked the beginning of the modern postal service. Mail was transported in carriages in the beginning and later by trains and ships. The mail was held in covered containers made of waterproof skins.
by Ekrem Buğra Ekinci
Nov 03, 2017 12:00 am

People living in the Ottoman Empire, which ruled over 22 million square kilometers, communicated through a complex postal system over long distances

Throughout history, people have communicated through messenger pigeons, fire, smoke between castles and by shooting arrows. Communication and transportation were a problem for empires ruling over huge territories. With its boundaries stretching from the Atlantic Ocean to the interiors of China, the Umayyad Caliphate founded the most systematic mail network in the history of Islam. Adopted by the Abbasids and Seljuks, the system was improved by the Ottomans. Adopting such a fast and coordinate network was one of the things that played an important role in the Ottoman Empire's existence on three continents for six centuries.

In the Ottoman Empire, every 35 kilometers - the distance one could travel in a day - on the main roads, there were buildings called "menzil" or "menzilhane" (destination, post station). Surrounded by walls, these yards had a hostelry, barn, market, bath and restaurant. Hosted at the complex for free, travelers shopped, took baths and fed their animals and continued their journeys the following day. At the complex, officials - registered and paid by the state - served the guests.

Within time, menzils turned into bazaars where locals sold their products. Then, villages and towns started pop up around them.

Commodities needed by the army for expeditions were preserved at menzils and soldiers were accommodated at these facilities if needed during expeditions. Mailmen operating between two faraway destinations changed their horses with those waiting at menzils and went on their route without losing time.

"Messenger Tatars," (often referred to Tartars in Europe at the time) were postmen, important individuals ensuring communication between Hungary and Constantinople and then to the coasts of India, Algeria and Yemen. They also served as communicators between the armies. There was a law regarding their position that was enforced during the time of Sultan Süleyman the Magnificent.

Postmen did not get off their horses even when changing animals. They rode day and night and ate and slept on horseback. Thus, it was possible to deliver a message in a short time even between the farthest distances within the borders of the empire. When they could not find a spare horse at a menzil, they had the right to take one from the governor's barn.

There were 300 messenger Tatars in Constantinople and each governor had 50 of them at their service. They were a very disciplined, professional organization. They were honorable people and everyone needed their service. Those who were well-spoken entertained their travel companions throughout the journey by telling jokes and strange stories so that they could forget about the difficulties of the travel. It was a golden opportunity to have a messenger Tatar as a travel companion. 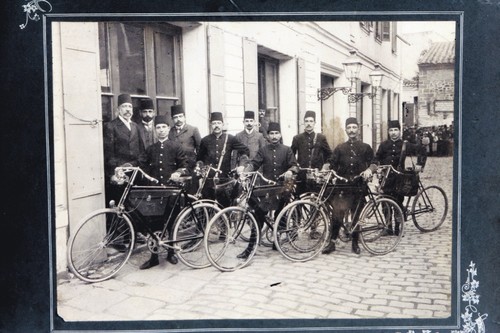 Messenger Tatars wore practical, but sublime uniforms. They had fur cloaks to wear if needed when traveling between various climates. They had a storage belt, so heavy that no one could carry it easily, filled with heavy guns and yataghans - a hefty, curved knife - towels, embroidered kerchiefs, rags, tobacco packs, snuffboxes and other sundries.

There were times they set off from Constantinople and arrived in Edirne in two days, Damascus in 12 days and Baghdad, which is 2,300 kilometers away, in 14 days. It was a huge success to go beyond mountains, forests, rivers without bridges and deserts without routes and arrive at menzils. It was a curious entertainment routine for the people of Constantinople to welcome messenger Tatars coming from Rumelia accompanied by a load of 100 packhorses. Thousands of people swarmed into the streets and waited for the news on the way from the Danube basin.

Messenger Tatars were also responsible for bringing a wanted person to court or a government office. They even transported severed heads, which were preserved in bags full of honey, to Constantinople or any provincial center.

They were well-paid officials, and in addition they received commissions from the private letters and personal bills they carried. If the commodities they carried got lost, it was compensated from the purse of the organization. However, postal carriage was a difficult profession. They spent little time at their homes and many rarely saw their children. Nearly all of them had unique characters. Many could not accumulate wealth due to their generosity and died at an early age due to their difficult way of life.There were also messenger Tatars who guided travelers. When there was little rush, they were busy with small-scale commerce and spent more time at home.

In the early 19th century, modern postal organization began to be founded. Menzils transformed into post offices. Mail was transported in carriages in the beginning and then by trains and ships.

Tatars took the post from stations and harbor post offices to deliver them to the given address.

Accompanied by a driver, gendarmes if needed, and carthorses to carry the mail, the chief messenger Tatar set out on the road. The mail was held in covered luggage made of waterproof skins. The chief messenger Tatar followed behind the carriage with gendarmes and shouted, "Posta!" (the post) to inform the people that the post had come. Those who were waiting for mail gathered in front of the post menzil.

The post sent from the provinces south of Damascus was transported on camel. The post that was sent to stations, ports and town centers was transported to far away villages and neighborhoods by civilian post carriers. The job was given to those who offered the lowest price. This method survived all the way until after the foundation of the Republic of Turkey. If the distance between the two neighborhoods was too far, carriers from the two places met in the middle.

There were also private post offices for foreigners in the Ottoman Empire. The rivalry between private and state-run post offices led the way for them to develop. For places that did not have official post offices, the chief messenger Tatar conducted the delivery privately and got extra payment for the loads and stamped letters they transported. In the beginning, the cost was paid by the recipient. Then postage stamps began to be used in 1863, and recipients no longer had to pay.

On the way back 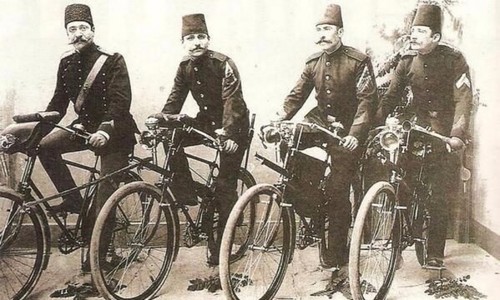 Strolling through Anatolia in the early 19th century, British Adm. Sir A. Slade described messenger Tatars as follows: "To this, by no means bad fare, our Tartar added excellent cafe au lait, for making which he was celebrated on the road: his name was Veli, a good specimen of the finest race of men in Turkey, of whose kind of life to judge fairly, a stranger at Constantinople should go occasionally to Scutari, to see one start for, or return from a long journey. In the former case, a Tartar is the picture of animation, his face transparently clear, just from under the barber's hands; his shining beard and moustaches trimmed to a hair; his high calpack put on with a touch of dandyism, covered by a flowered handkerchief to tie under his chin in case the wind proved high; his long fur riding cloak, of red or other gay-colored cloth, with unsewn sleeves brushing his horse's back; his capacious trousers and huge boots, scrupulously clean; his brass shovel-stirrups, bright as friction can make them; his block, polished leather saddle set off by silver-hilted pistols, and by the amber mouth-piece of his chibouque, altogether a gay and gaylant cavalier. In the latter case, his mother would not recognize him: pale, haggard, and dirty, he falls rather than gets off his horse, and throws himself on the ground in pain, unable even to light a pipe, an object of utter distress. Even on a journey, while fresh horses are preparing, the Tartars throw themselves down, and can scarcely lift their heads to remount.