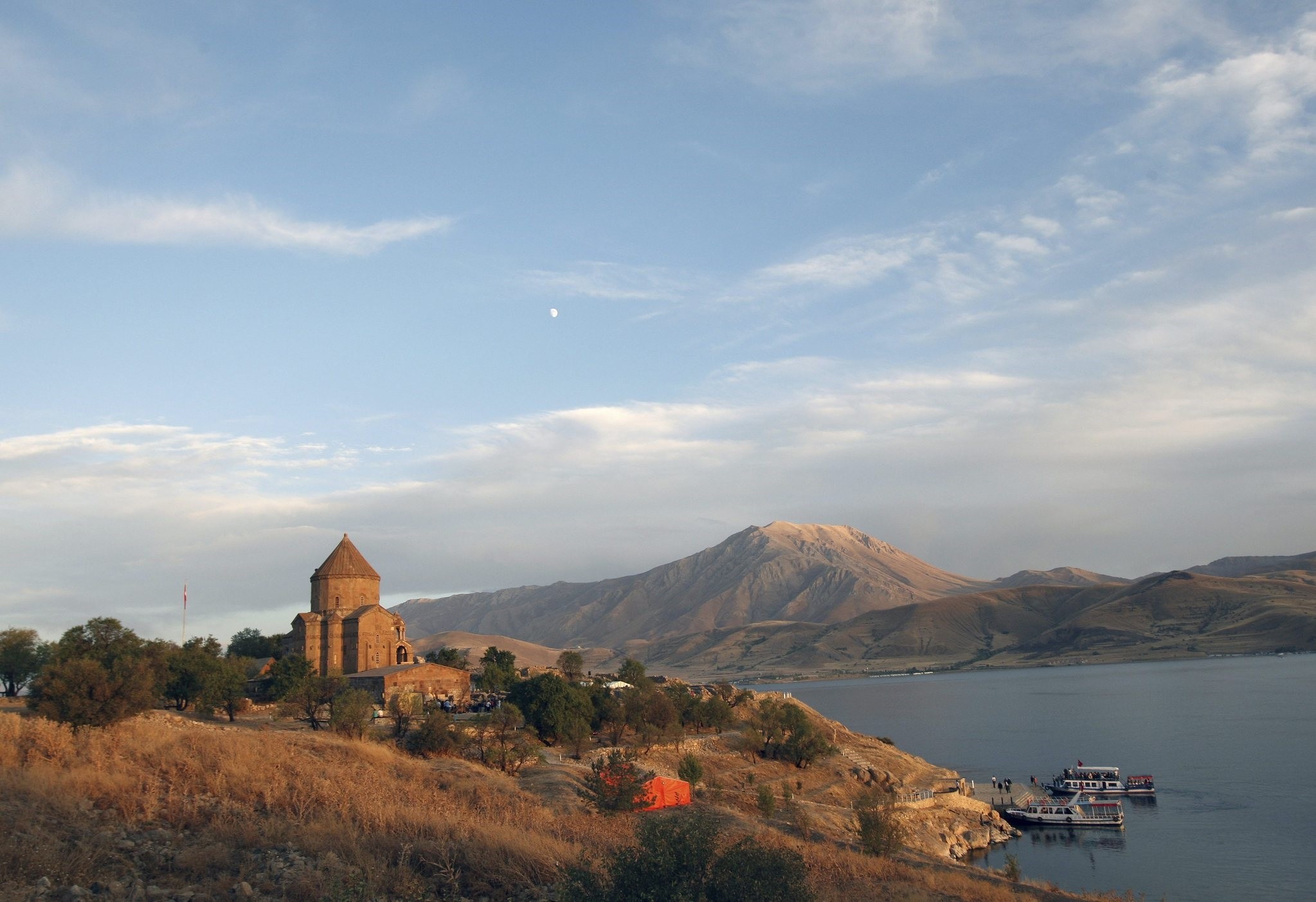 Despite the PKK's efforts to undermine stability in one of Turkey's largest and most developed provinces, Van offers exciting opportunities to not only businessmen but it also draws in adventure seekers from across the globe

Upon entering the conference hall, I immediately heard people speaking in several different languages. I kept walking before I saw dozens of women with headphones on, listening to what the high profile speakers had to say through real-time translators.

Meanwhile, outside, ordinary citizens, students and foreigners were discussing hot-button issues with the assistance of high school student translators. When I walked down to grab a cup of coffee, I saw tourists walking down the big, lighted street, full of distinguished national and international stores.

It was not a city in Europe; nor was it in Turkey's developed western provinces. It was in Van. This naturally beautiful province is located in Turkey's far east, near the Iranian border, where Central Asia and the Middle East meet. It is encircled by mountains that feed a huge lake with icy waters and decorated with numerous floral species that has been home to several civilizations and ancient peoples, including the Urartu, Meds, Assyrians, Armenians, Romans, Arabs, Turks, Kurds and many others.

In a five-star hotel on one of its glittering avenues, which was named after Kazım Karabekir Pasha who is famous for his successful resistance against the Russian invasion during World War I, a conference was organized with the participation of Turkey's Minister for EU Affairs and Chief Negotiator Ömer Çelik, Justice and Development Party (AK Party) lawmaker Burhan Kayatürk, several Republican People's Party (CHP) officials, People's Democratic Party (HDP) representatives, businessmen, leaders of non-governmental organizations and everyday people.

The conference was held by the Helsinki Policy Forum which is "a process of dialogue founded in 2014 to facilitate dialogue and understanding, focused on addressing the most pressing challenges in the Middle East and North Africa (MENA) region," according to the Finnish Foreign Ministry, which is its creditor.

The AK Party deputy, Kayatürk, opened the session underlining Van's significance and the destructive activities of terror groups. Yet, remaining hopeful for the future, he said that Van will overcome its problems and will present its potential for tourism and foreign and domestic investments.

Following him, EU Minister Çelik challenged sectarianism and ethnic nationalism, saying the base for peace cannot be merely found in religion. He stressed that the people of Van should gather around core common values, drawing a broader tableau for consolidating brotherhood in the region.

Then, what happened next was incredible and not possible two decades ago. The minister started talking in Kurdish and his voice became inaudible because of the thunderous applause he received.

Amid the enthusiastic atmosphere, I left the hall and went outside onto the street. Stores were full of Iranian tourists who adored Turkish products and in each store I visited; people said they were happy but everything would be better if terrorists were eradicated.

After enjoying a delicious dinner and a few glasses of tea, I returned to my hotel to rest up, as I would head to the suburbs the following morning.

I was on my way to Çatak, a remote district of Van that is encircled by mountains. It took nearly two hours to reach the area. If my eyes were closed, I would have felt as though I were passing along Istanbul's recently built third bridge because the roads were recently paved and renovated with the latest technology.

After I passed through a few villages, saluting the shepherds, I finally reached Çatak. There, a beautiful river divides the town and gives it natural beauty. After seeing several nationally renowned stores, I sat at the hotel restaurant and waited to have breakfast, all while listening to the gurgling sounds of the river.

On the table, delicious honey, cream and many other refreshments made my mouth water, all of which were totally and, in fact, inevitably organic. My other journalist friends and I had been dragged into a cheerful conversation when Abdulgaffar, 83, came to welcome us. He was the owner of the hotel. When we asked him how business was going in the region, he humbly said, "What Allah has decided will take place and whatever he decides to do is best for us, his subjects."

On my way to the mountain villages, I saw road construction. Seyithan Bayram, the businessman who was in charge of the construction affairs, said that they were struggling to connect the people who live in the surrounding villages, with the town and the city center so that they would not have any problems when it snows in the winter.

Besides, he emphasized that these attempts to make the villages more inhabitable were motivated by the harsh winter conditions that are known to stop life in the area and prevent people from working.

Despite all the beauties, the main problem plaguing the area is the terror threat. The locals seemed to be fed up with the PKK's attacks that are undermining stability there. Before the PKK re-launched its terror activities, everything was better, the villagers said.

However, due to the escalated tensions in the region, villagers are too uncomfortable to continue their works in the region that primarily generates income from livestock farming. Regional insecurity prevents them from taking their animals to pastures and the instability caused by terrorists leaves investors too scared to invest in the region, despite local efforts to keep the economy alive. I end it with something an old man said to me while I was sitting in a small coffee shop, "Our place is like paradise, if there were no terror threats, we would be one of the wealthiest cities in Turkey."