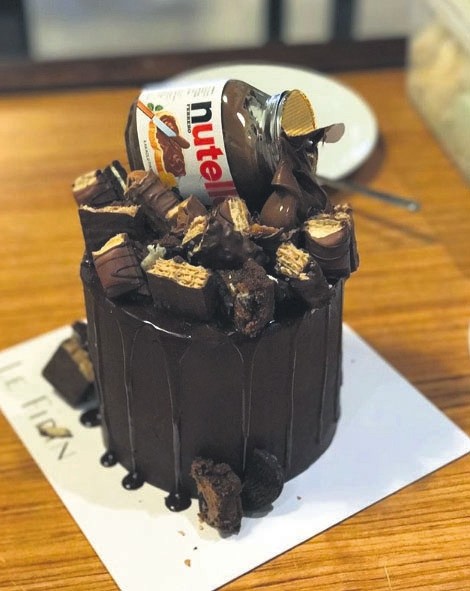 We have all heard of third-wave coffee shops, but one woman in Turkey has a fresh take on the bakery concept, with her bakery in Istanbul and thousands of followers on Instagram, pastry genius Bengi Kurtcebe is fed from the popular culture and creates cakes that are works of art

Nowadays, it is hard to find pastry shops with showcases displaying slices of banana roll cakes. Still, whenever I pick up a slice and eat it, the cake tastes just like it did when I was a child. It is strange to me that my favorite childhood treat is becoming harder and harder to find despite the fact that there is a pastry shop on almost every city corner.

Now, years later, we scroll through social media feeds instead of window shopping at local bakeries.

One day while browsing Instagram a very interesting post caught my eye. It was a cake topped with balloons from my favorite movie "Up." I have always loved that movie, so of course I clicked on the user's name to get a closer look. I was not disappointed. The account belonged to @bengikurtcebe (Bengi Kurtcebe), a true artist when it comes to cakes and boutique pastries, as well as the owner and chief baker of the cute little shop called "Le Fırın" in Göktürk, Istanbul.

How did the first cake come about?

People have been baking bread for centuries. At some point, a creative genius thought to add a touch of sweetness to the dough, which opened up a whole new world of possibilities.

The pastry culture of the ancient Greeks and Romans took a big blow following the fall of the Roman Empire, but the fondness for these sweet delights peaked with the discovery of the Americas. The discovery of the new continent led to an abundance of sugar and cocoa in Europe. However, it was the French Revolution in 1789 that paved the way for a breakthrough in the pastry business, when the war scattered renowned French pastry chefs throughout Europe. 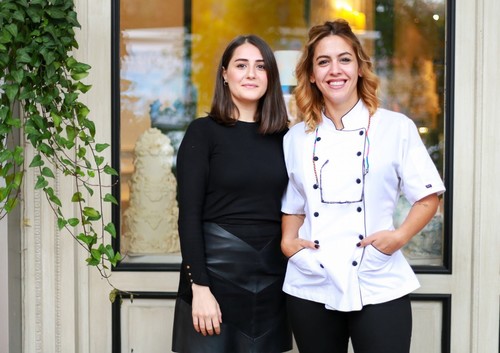 Pastry chefs working for the French imperial court and the households of French aristocrats lost their jobs after the revolution and began to open pastry shops around France and Europe, making pastries more accessible. As a result, the modern art of pastry was born in France.

Francios Vatel's invention of whipped cream in the 18th century marked the huge transformation in the history of pastry. In the 19th century, Paris became the capital of baking. In the 20th century, developments in the methods of making pastries and increased quality took baking to a whole new level. Culinary technology has taken off since then, creating a diverse array of materials that have enriched the sweet art. 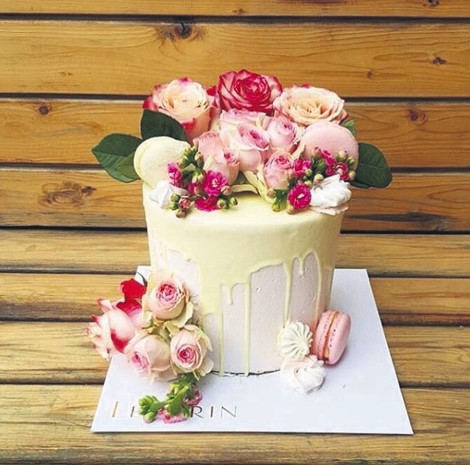 Bengi Kurtcebe has a fresh approach to baking. Not only are her creations delicious, her designs are inspired and original. One day she may create a "vegetable soup" cake, while the next may mirror a sweet scene from "The Little Prince."

"Cake makes people happy," Kurtcebe said while giving insights to her pastry philosophy. For her, offering a slice of cake to a guest is not just a sweet indulgence but a tiny piece of happiness. 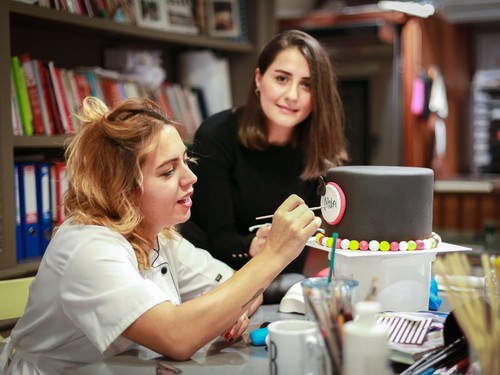 In birthday parties, marriage anniversaries, weddings, baby showers, christening ceremonies and even house parties, cakes are definitely the stars of the show. People want to be near cakes for their happiest moments. We can even say that pastries, especially cakes, have a special place in our hearts. This love is reflected in the decoration and the presentation of cakes, as well. 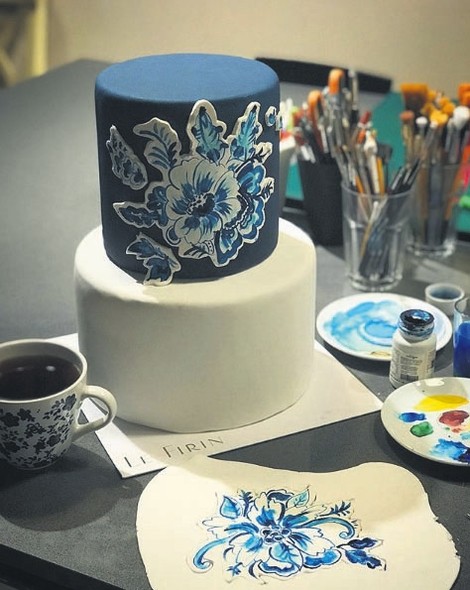 Though Kurtcebe has been wildly successful with her little pastry shop, where she creates incredibly visual and extremely delicious cakes for people's special days, her professional journey actually started in a different direction.

Coming from an idealistic and hardworking family, Kurtcebe began to explore her talent in culinary arts years after a traditional education. After attending at the prestigious Robert College, she went to Chicago to study interior architecture. During her time in the U.S., Kurtcebe took an interest in culinary arts. As she explored the kitchen, she met many chefs working 18 hours a day but noticed they were still happy with what they were doing.

"For me being a pastry chef is something that comes from one's childhood. A person needs to have a knack for culinary arts and appreciate the work that is being done," Kurtcebe said.

After returning to Turkey, she took a job as an interior architect, but it did not take her long to discover that her passion was elsewhere. She told her family that she wanted to pursue her dream and work in a kitchen. 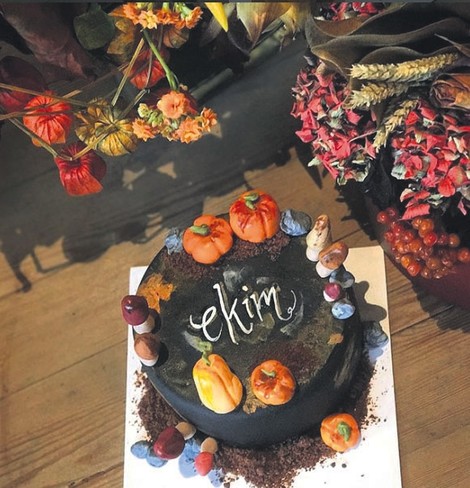 Her sudden shift from being an interior architect to a chef was reinforced when she met chef Esen Blake, owner of the restaurant Asmalımescit.

Although her family thought that her interest in the culinary arts was temporary, Kurtcebe worked harder and harder. She was trained in every part of the kitchen and finally decided to open a bakery.

After finding the perfect spot for her bakery, she was disappointed to learn that city regulations stood in the way.

She decided to turn the bakery into a pastry shop, but clearly Kurtcebe is not the type of woman to go with a traditional pastry shop concept.

She named her shop "Le Fırın," a strange mixture of the Turkish word for "bakery" and French article "Le."

"My grandfather wanted me to use a Turkish name, but I wanted to add a little bit of French to it. So we mixed 'le' which comes before 'pain' [bread] and 'fırın' on my grandfather's request."

Hence, Le Fırın came into being and turned into a social media phenomenon.

o much attention that she started weekly competitions on her Instagram with the hashtag #ohabupastami and with giveaways.

A total of 10 women, including Kurtcebe, work at Le Fırın. Through her hard work and creativity, Turkish women's interest in modern pastries and cakes has skyrocketed. 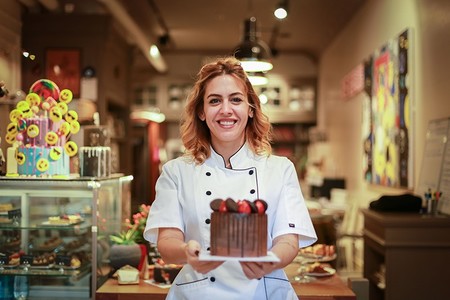 "Women have taken the profession to the next level thanks to their skill with the detailed work and their artistry," Bengi added.

With cakes resembling Ramadan pide, the iconic Nokia 3310, a barbecue party or a wish tree, it is always fun to scroll through Kurtcebe's Instagram account.

Kurtcebe wants to travel around Turkey giving lectures to women. She also wants to organize workshops to teach her craft as a part of a social responsibility project and does not believe in exchanging knowledge for money. She trains people for free on the condition that they will then find four new people to teach the craft to and plans on creating a website to support her social responsibility ideas.New unconventional and delicious cakes are being created every day at Le Fırın. In a way, the world is on the tip of Kurtcebe and her crew's fingertips.