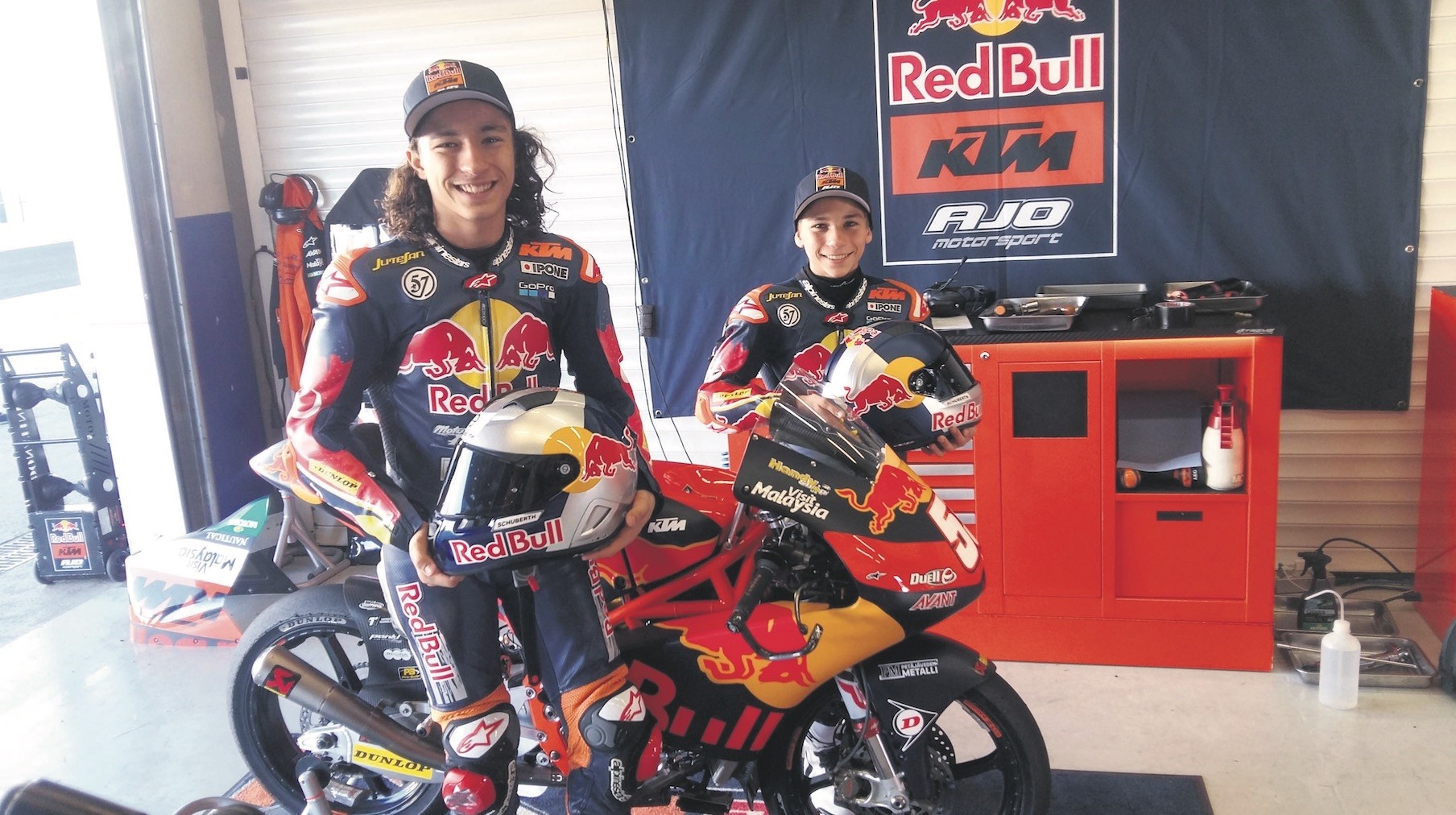 Having taken part in their first race when they were 8 years old, Can and Deniz Öncü were infatuated with motorcycles after their father bought them a pair of motorcross pocket bikes. The twins, who are each other's biggest rivals, say that they want to be the next Kenan Sofuoğlu

They started riding at just 4 years old when their father bought a pair of motocross pocket bikes, which are miniature versions of racing motorcycles. Having taken part in their first race at the age of 8, the twins went like the wind on the track. They managed to get recruited as national team motorcyclists when they were only 10.

At a young age, they placed in the Turkish and European Supermoto Championship, and the duo always took a place on top of Motocross and Road Racing championships in Turkey. This is the story of the Öncü brothers. There is nearly no country where Can and Deniz haven't raced. They are welcomed like superstar wherever they go. They show their rivals a clean pair of heels. Even if they are only 14 years old, they have managed to join the Red Bull KTM Factory Racing Team, one of the most important motorcycle teams in the world. While Deniz came in first in the latest Asia Talent Cup, Can was close behind in third. Daily Sabah talked with the national team motorcyclist brothers about their dreams and the rivalry between them.

Recalling their first encounter with motorsports and motorcycle, Can said, "When our father bought us motorcycles, we were just 4 years old. We were surprised at first. We started to ride regularly and took part in a race with the invitation of a friend. I came in first, but my brother couldn't race because of a broken arm. Then, the races and success started coming one by one."

Their father takes care of them like a coach, and he is always with them.

"He is always our biggest supporter," Can said. He also recalled his Norwegian mother's reaction when they first started out. "My mom lashed out in the beginning. To this day she doesn't watch our races. If she does, she watches dreading it," he said. Kenan Sofuoğlu, world champion motorcyclist, is the one who discovered the twins. The champion is also coaches them and their supporter.

The twins have 400 cups in total. When people see them on the track they shout – to the amusement of the brothers – "The twins are coming!"

'We are nobody's friends on the track, not even each other's'

The twins say that they are each other's biggest rivals. "We have a bet between us a week before the race even starts. No matter how hard we compete in races, we are brothers at the end of the day in our ordinary lives. We are like friends and have fun together. However, we are nobody's friends on the track, not even each other's. We just race," Can said. Following his brother, Deniz also said that there is always a rivalry between them even in their everyday lives. "We compete to sit in the front seat, to win a foot race or to complete anything first for that matter," Deniz said.

There is nearly no country that the twins, who know four languages, haven't visited. They generally train on tracks in different countries. Being students, the brothers don't neglect their lessons, either. They train out of their school time in Alanya, where their family lives and don't hinder their practices for their dreams to be a world champion in MotoGP. They live regular lives.

"We wake up at 6 a.m. in the morning. We run for 15 kilometers. We go to the Alanya Fortress and then come back home. We ride bicycle for 80 to 90 kilometers and walk for 10 kilometers every day. Besides that, we never neglect our swimming practices. After swimming, we ride our bikes. This training continues until night."

Both of them aim high. First, they want to become the champion of Moto2, Moto3 and eventually MotoGP. They are determined to achieve their dreams. Their peers admire them and look up to them. The successful duo continues to work hard to be future world champions. "Our lives are motorcycle and races," they both said.

Congrats from a world champion

Following Deniz and Can's success in the latest Asia Talent Cup, Valentino Rossi, who is an Italian World Champion motorcyclist, came down to the track and personally congratulated Deniz, who came in first. Deniz says he still feels honored and remembers the moment fondly.