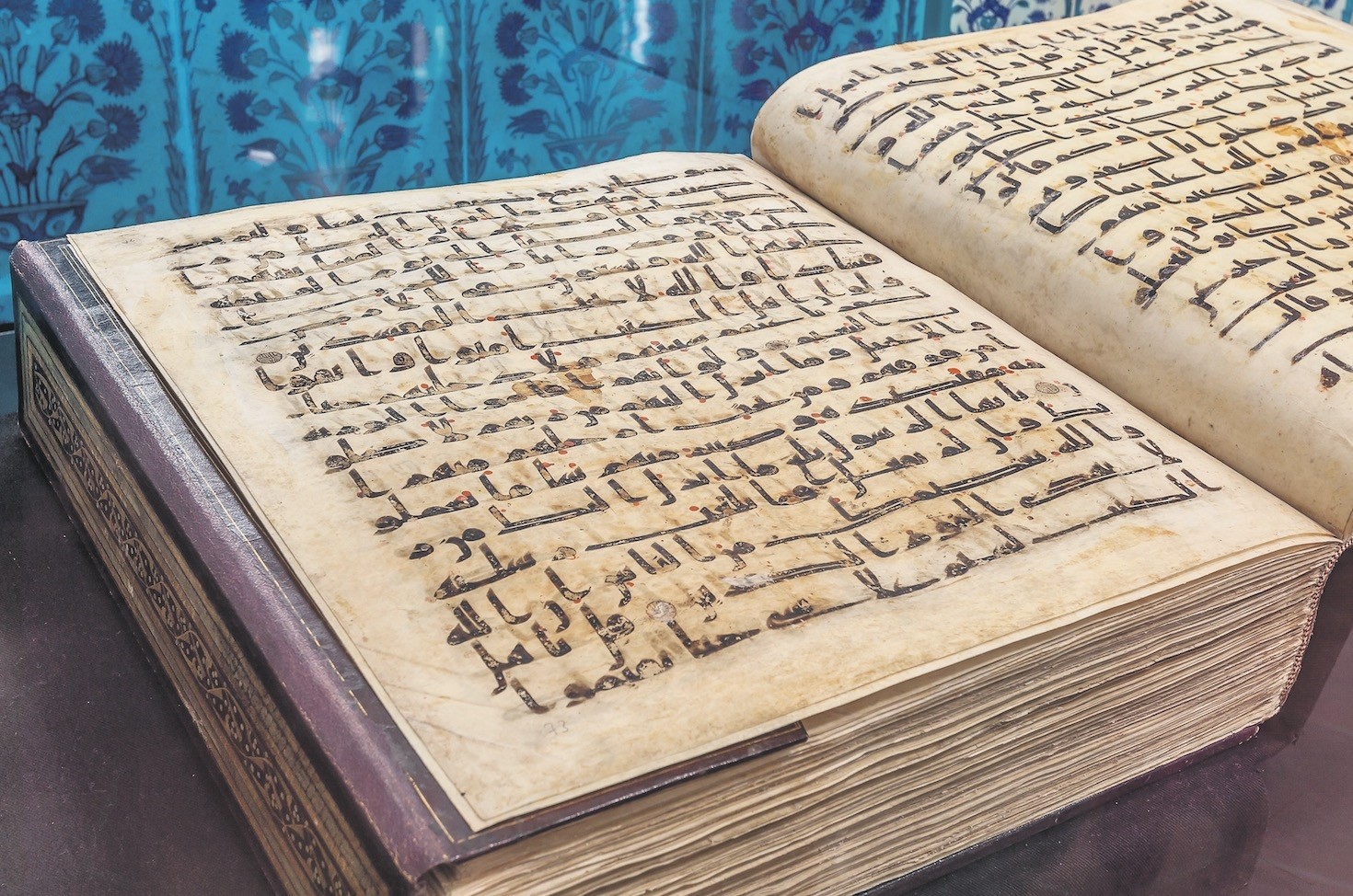 Islam's sacred relics that belonged to key figures in history, including old manuscripts, early copies of the Quran and beautiful tiles, have been under the protection of the Turks since the time of the Ottomans and now, state and private foundations are keeping them safe for future generations

After Ottoman Sultan Selim I, also known as Yavuz Sultan Selim, conquered the Arab Peninsula, the sacred relics of Islam as well as the title of caliph passed to the Ottomans. Starting with Selim's reign, these relics were brought to Istanbul, the capital of the empire, and taken under protection. The last sacred relics were brought to Istanbul by Fahreddin Pasha, who was the defender of the holy lands, Mecca and Medina, after the cities were lost following World War I.

Now, the sacred relics are preserved under the protection of the state as well as foundations dedicated to the preservation of these items. One such foundation is the World Sayyids and Sharifs Foundation, which has more than 2,000 sacred relics belonging to Prophet Muhammad (Peace Be Upon Him), along with some caliphs and prophets, in their possession.

The hair strand of Prophet Muhammad, which was taken by his companions after the Night Journey, an Islamic missionary invitation letter that he had an emperor write, his ring, the grave cover of Moses and Uwais al-Qarani's beads are among the protected works.

The maintenance and repair of the relics, such as part of the old Kiswah (the cloth that covers the Kaaba in Mecca), which was changed by Prophet Muhammad himself with his companions, and Ali's ring where the hair strand of the prophet was put were done by Özer Celep voluntarily at a private atelier in the Kağıthane district of Istanbul under the supervision of local authorities.

Protecting the sacred relics, Taner Akkuş, a volunteer consultant at the World Sayyids and Sharifs Foundation, told Anadolu Agency (AA) that there are many sacred relics in the foundation, and they were brought by important, respected figures in the Islamic world.

Implying Muhammad Zakariya Bukhari, a Sufi leader who passed away in 2005 in Medina, was given some sacred relics by senior staff of Muslim countries and people from the Sufi world, Akkuş added that these works are also protected under the supervision of the foundation and by Nimetullah Halil İbrahim Yurt, who worked as the imam of Kaaba.

After he remarked that the relics have authentic features, Akkuş continued: "For example, the hair strand of the prophet, which was taken during the Night Journey, grows itself; it is given to lovers and statesmen. Those who know that the relics have been under our protection for years bring what they have so that we hold all of them together. Others who come to our atelier for the maintenance of relics can leave some relics, as well. Therefore, their number increases day by day. All of the sacred relics are authenticated by our atelier along with Nakibu'l Eşraf [Lineage Center] head Seyyid İbrahim Efendi."

He reported that all the sacred relics in the world should be preserved without any profit. "We don't assert that we are the owners of these relics. When our elders request us to deliver them to someone else, we will do it," said the consultant. He said they displayed the sacred relics for visitors held during Ramadan and other holy days with the approval of opinion leaders.

A retired religious official, Ali Yüksel, also explained that the sacred relics are a source of pride for the Islamic world. "A part from the bloody shirt of Mus'ab Ibn 'Umair, who was martyred in the Battle of Uhud, the ring of Abu Bakr, the loyal friend of the prophet, are among the relics. Besides, the hair strand of Prophet Muhammad was put in the gem of Ali's ring so that he protects it in wars. Since glass is shaped in flame at 10,000 or 20,000 degrees, it is impossible for a hair strand to reach the present. However, the prophet's strand managed it, which is miraculous. There are some parts from the grave covers of Prophet Muhammad that date back to the Ottoman period. As long as we are tied to the sacred relics, we will gain the intercession of Muhammad," said Yüksel. 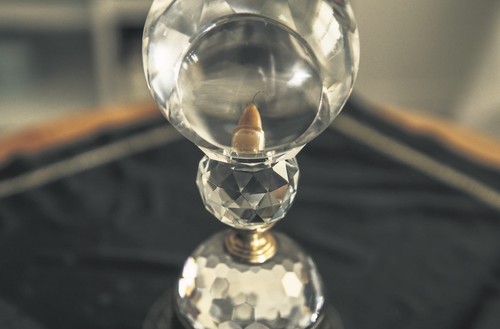 A strand of hair belonging to Prophet Muhammad (PBUH) is in safe keeping of the World Sayyids and Sharifs Foundation.

You may already know about Topkapı Palace, the imperial residence of the Ottoman Empire for centuries.

The palace's third courtyard, the Privy Room, "Has Oda" in Turkish, harbors a sacred trust sent to the empire from the 16th century to the first half of the 20th century. Among them, Prophet Muhammad's holy mantle (Hırka-ı Saadet), his beard, tooth, footprints, sword and letters are must-see items. The Chamber of Holy Relics is also home to belongings from other prophets like a tray used by Abraham, the sword of David and the robe of Joseph. Some items belong to Fatimah, the daughter of Prophet Muhammad, and his companions are also on display.

According to information on Topkapı Palace's official website, the Privy Room was founded during the reign of Mehmed the Conqueror. It served as the private apartments for sultans until the 16th century. Before a sultan ascended to the throne, he used to come to this room to pray and receive homage from the officials prior to the ascension ceremony.