Sultans, sema, and self-rectification in Turkey 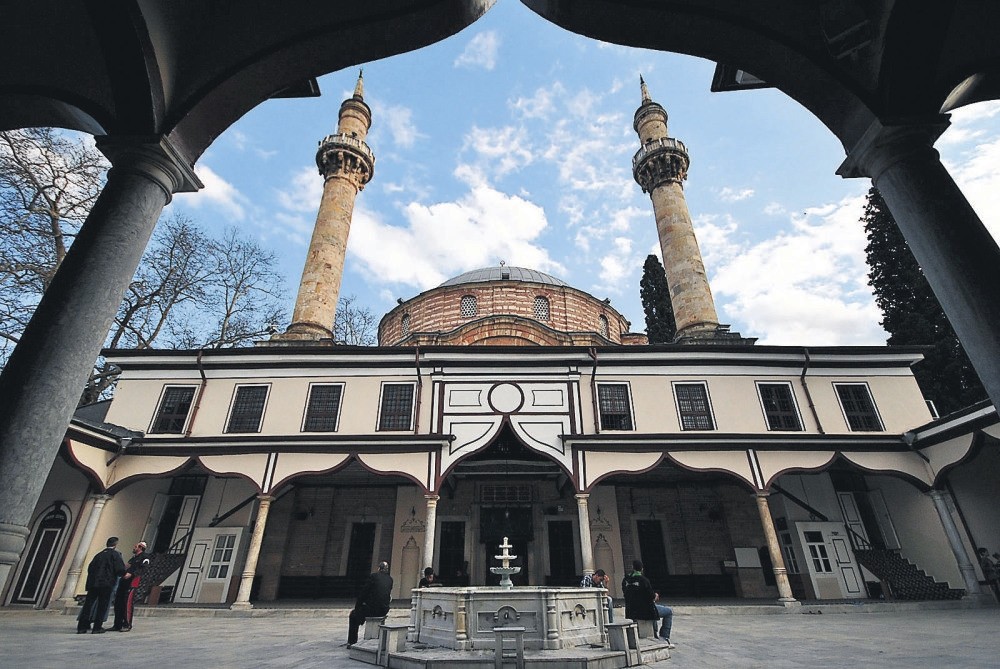 A trip to the mosques in Istanbul, Edirne and Bursa is a spiritual journey, but it is also a personal journey for self-discovery and one's place in society and community

Istanbul was a breath of fresh air whose oxygen continues to circulate through my heart, like a dream lingering on through wakefulness. I still remember the streets of Fatih in the old city, and the breezes of mercy exuding from Hırka-i Şerif Mosque across the street from our Ottoman-era wooden dorm. I participated in a month-long summer program facilitated by Ihsan Academy through İbn Haldun University, which was filled with good company and illuminating education that exposed me to new perspectives throughout our travels in the country.

This beautiful experience culminated in a reinforcement of my understanding that focusing on self-rectification, then building up strong local communities, is the tried and tested method of solving our problems as an ummah, one individual at a time.

The sultans of the Ottoman Empire were gracious in their hospitality, providing me space for quiet contemplation and inner reflection. I was lulled to sleep by Emir Sultan in his mosque in Bursa. It seemed to me that all who were hosted by him were given a pillow to take along with them on their sojourn. Those few minutes of sleep were filled with blessings.

Sultan Bayezid II was also hospitable, offering me a cool respite in his mosque, a cozy architectural masterpiece with superb acoustic performance next to the Darüşşifa in Edirne. There is no doubt that the aural refinement of the structure was a result of the arithmetic precision through which the dome had been constructed. The sultan, who humbly partook in the construction of the mosque with his own hands, accommodated us well, spiritually enlightening our ears whilst shading us from the scorching heat of the sun.

I heard the word of God echo through my soul, leaving an impact on my heart that had far more depth than the dome of Sultan Bayezid II. Imam Mustafa Efe recited the last two verses of the second chapter of the Quran after the evening prayer in Aziz Mahmud Hüdayi Mosque. It was the most beautiful recitation I had heard in Istanbul, causing my core to tremble as the intonations reverberated through my being. Therein the believers say at the end of the first verse, "We hear and we obey."

The essence of worship being just that: Following the path of truth once we are exposed to it. I noticed that these verses were popular throughout Turkey when a young boy from Bursa stopped by our gathering near the fountain of Ulu Mosque asking to recite the same verses to us.

Those verses were a gift from God given to Prophet Muhammad, may the peace and blessings of God be upon him, in heaven sprung forth from a treasure chest that sat below the divine throne. It was a peculiar gift from the heavens, something not physically tangible, but an audition that had metaphysical realities. It was the revelation of powerful verses, the indescribable speech of God.

I wondered why the Sufis of Turkey called their remembrance of God sema, or listening, when there were many other forms of worship and rituals that could be done, and were indeed done, during their gatherings. When I congregated with the Sufis at the tekke housing Pir Nurretin Cerrahi for their sema, I came to understand the essence of that statement of the believers. Listening is the first step to obeying.

In the sea of individuals, our individuality was lost as we revolved around the one whirling in the middle, hoping to propel ourselves toward God together, for we are the ones who will inevitably return to the One.

Our group meandered through the road on the brink of the Bosporus that led toward Beylerbeyi Mosque to pray the afternoon prayer in congregation. It could have been our last prayer together - some of us were spending our final day in Istanbul. We prayed the concluding daytime prayer on ocean blue carpets at the edge of where two worlds meet. The waves of the Bosporus were our companions, praying behind us uncontained but calmer than the seas at low tide.

As nomads began to settle in pre-modern times, they would flock toward water, which provided life, comfort and stability. We left the water behind us, quenching our thirst for the world with the spiritual drink of divine pleasure.

Yusha, peace be upon him, the companion who accompanied Musa (Moses), peace be upon him, on the journey to meet al-Khıdr, peace be upon him, is believed to be buried along the northern tip of the Bosporus. One of our teachers told us Yusha's resting place was the most spiritual place that he had visited in Turkey. His method of instruction was strangely systematic. We were struck by his insistence on legal maxims that redefined how we viewed our relationship with the places we occupy. His willingness to answer off-topic questions demonstrated the spirit of proper teaching. We were like Yusha, forgetful of the fish that was our legal tradition, sitting with the likes of Musa and al-Khıdr, who transferred their chains of knowledge to us.

For a month, we sat together with different instructors, studying in the lodge of the Mevlevi order, traveling around town and to different cities, breaking bread with and debating one another. Each of us had something to contribute to the discussion, a new perspective or an insightful question.

The culmination of that journey led us to be carried on the whitecaps of the Bosporus to recognize our accomplishments and celebrate our triumphs. It was a bittersweet union. Who among us knew for certain if there would be a reunion after this final day? In the lunar calendar, each new day begins with night. Truly a new day began and with it another reunion. We prayed once more on our final night in congregation, our backs to the Bosporus, the sunset prayer.

Abu Ayyub al-Ansari is also alleged to have been buried in the borders of Istanbul. He and the other companions of the prophet, peace and blessings of God be upon him, left the city of their beloved to spread the message that he came with. They left the Illuminated city with the mission and intention of spreading the truth. I rectified my aim as I approached home with the same purpose, to spread the merciful light of guidance.

Upon disembarking in New York, I felt a stark spiritual deprivation in my soul. We were debating the minutiae of the global problems we face although our local communities are suffering. I soon realized that the global problems were symptomatic of a local problem, far more personal than I had expected. In order to serve my local community, in fact the ummah at large, I began again on the path to self-rectification.