What the untold tells about Turkey's fight against Daesh terrorism 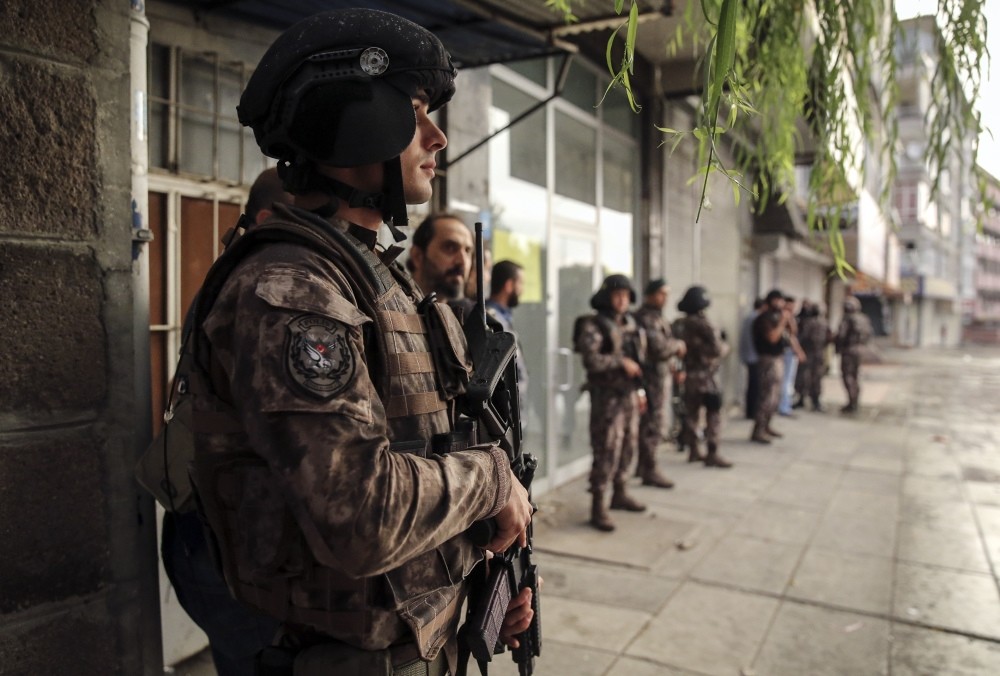 A photo taken during a joint operation against Daesh members in Ankara carried out by Turkish Special Operation Forces and Ankara Counterterrorism Branch, Ankara, Aug. 26, 2016.
by Özge Bulur Jan 11, 2018 12:00 am

The question of what will happen if foreign fighters that joined Daesh return home is a grave concern. Even a quick "foreign fighters" keywords search on Google under the news section is enough to see how much bigger the issue is getting each passing day: While there were only 981 online articles in 2013 as to the potential returnees, an increase of more than 10 times occurred when it came to 2017, during which 12,800 articles were written about "foreign fighters."

Only one of those snowballing pieces, an article titled "300 British Isis fighters on the run in Turkey" penned by Anthony Loyd, Michael Evans and Fiona Hamilton in the London-based The Times newspaper, as is evident from its title, focuses on the same concern, specifically for the British. Published on Dec. 27, 2017, the article (http://bit.ly/2ALm1sM) is somehow incomplete not because the question "What if the British-origin Daesh fighters return?" remains unanswered, but because even some basic answers of the five Ws and One H are missing per se. But why? A small-scale discourse analysis would tell:

"Hundreds of British fighters who joined Isis are believed to be hiding in Turkey," here begins the article with the picture from a bomb attack by coalition forces near the stadium in Raqqa, Syria, against the Daesh terrorist group on Oct. 4, 2017. In other words, not a picture of an attack by Daesh, but an attack against it, is used, presumably with the idea that any terrifying picture from Syria or Iraq would be enough to alert people on the urgency of the matter. Going back to the lead of the article, Turkey, as proven by the lack of any specification only until the third last paragraph, is portrayed sort of as a Nowheresville with no security apparatus and no intelligence, thus enabling terrorists to harbor in. Moving on, the remaining part of the lead warns of "the risk of terror attacks in Europe" by those terrorists who have sort of gone underground in Turkey. What would any reader think of Turkey with such a blur lead then? a) Turkey is an unsafe country, b) Turkey is a dangerous country, c) Turkey is a hazardous country and d) all of the above.

Speaking of danger, Gary Byrne, one of the readers who left a comment under the article, seems to have chosen the all-of-the-above option, as he wrote: "I was talking to a friend yesterday who said he was going on a golfing holiday to Turkey, I said you must be mad, he said no it's fine, no trouble at the golf resorts at all. I still think he's mad." No one can deny that Daesh members, just as PKK terrorists, pose a great danger to Turkey. And yet, Turkey's all-scale efforts to fight Daesh, just as the PKK terrorists, in and out should not be ignored, or optimistically thinking, be left aside to be covered in other stories. The Times should "learn" that a total of 739 Daesh members were remanded in custody, as confirmed online by the Ministry of Foreign Affairs, while 4,765 suspects were arrested for links to the terror group in 2017 in Turkey where counterterrorism measures do exist. As long as Turkey continues to be described as a mysterious object in a sentence with specific subjects, many other readers will keep their fingers on the panic button and choose the "d" option.

For sure, the lead of a news article gives the gist of the full story, rather than unrolling every single detail before readers. However, the following paragraphs should, if not must, be very telling as to the perspective of the story. The article in question starts to offer more information about the argument, as a Syrian-Kurdish intelligence officer who is responsible for dealing with Western intelligence agencies is quoted saying, "We have lots of French [Daesh terrorists] in our jails and scores of other nationals, but we think most of the British have escaped," the number of whom, the articles "estimates," not knows, to be around at least 300. Although the quotation seems sufficient at first to see that the story is not that full of missing points, the Kurdish officer's information does not serve the argument that those terrorists escaped to Turkey. Even so, from whom did The Times learn that? And when? Will we ever be given an answer to some bigger questions? A reader, if patient enough, can continue to read in the hopes that some answers may have been presented.

Another paragraph begins with a little bit more solid information: "British security sources warned yesterday [Dec. 26, 2017] that there was a risk that the jihadists would try to slip home and that there was the potential for them to carry out attacks. However, they added that relations between Ankara and Western intelligence agencies had improved over the past three years." In the face of the risk of jihadists returning to Britain, which is this time not an estimation but a warning by British security sources, the following sentence seems relieving as intelligence cooperation with Ankara was pointed out. But then, it is absurd to realize that Ankara and "Western intelligence agencies," not specifically British, have improved teamwork. The article again pushes the reader into a poll of generalizations, which is not that reassuring. Does this recent collaboration of intelligence then mean that those 300 Daesh terrorists on the run in Turkey can be identified? "It is increasingly difficult to leave Turkey and return to Britain without being flagged," British security sources additionally tell The Times, which could serve as an answer to readers, who will hopefully continue to read, only to discover that there is no information about Turkish intelligence, while the MI5, the CIA and MI6 were mentioned as agents "deploying covert techniques to track down extremists" in the following paragraph. That is right, there is no intelligence-based or whatsoever operations in Nowheresville!

Speaking of Turkish intelligence, and believe me these are not estimates, readers may also want to find out: Turkey has deported almost 5,600 foreign fighters from 95 countries, while 54,000 suspects were banned from entering the country in recent years, as confirmed by President Recep Tayyip Erdoğan last Thursday in an interview with the French televisions stations LCI and TF1.To cut it short, the missing bits in the article are more telling than what is already there, and they result in ignoring Turkey's efforts against Daesh terrorists in and out of its borders, which gives a big cause for readers to think Turkey is a country that they should not even come close to.