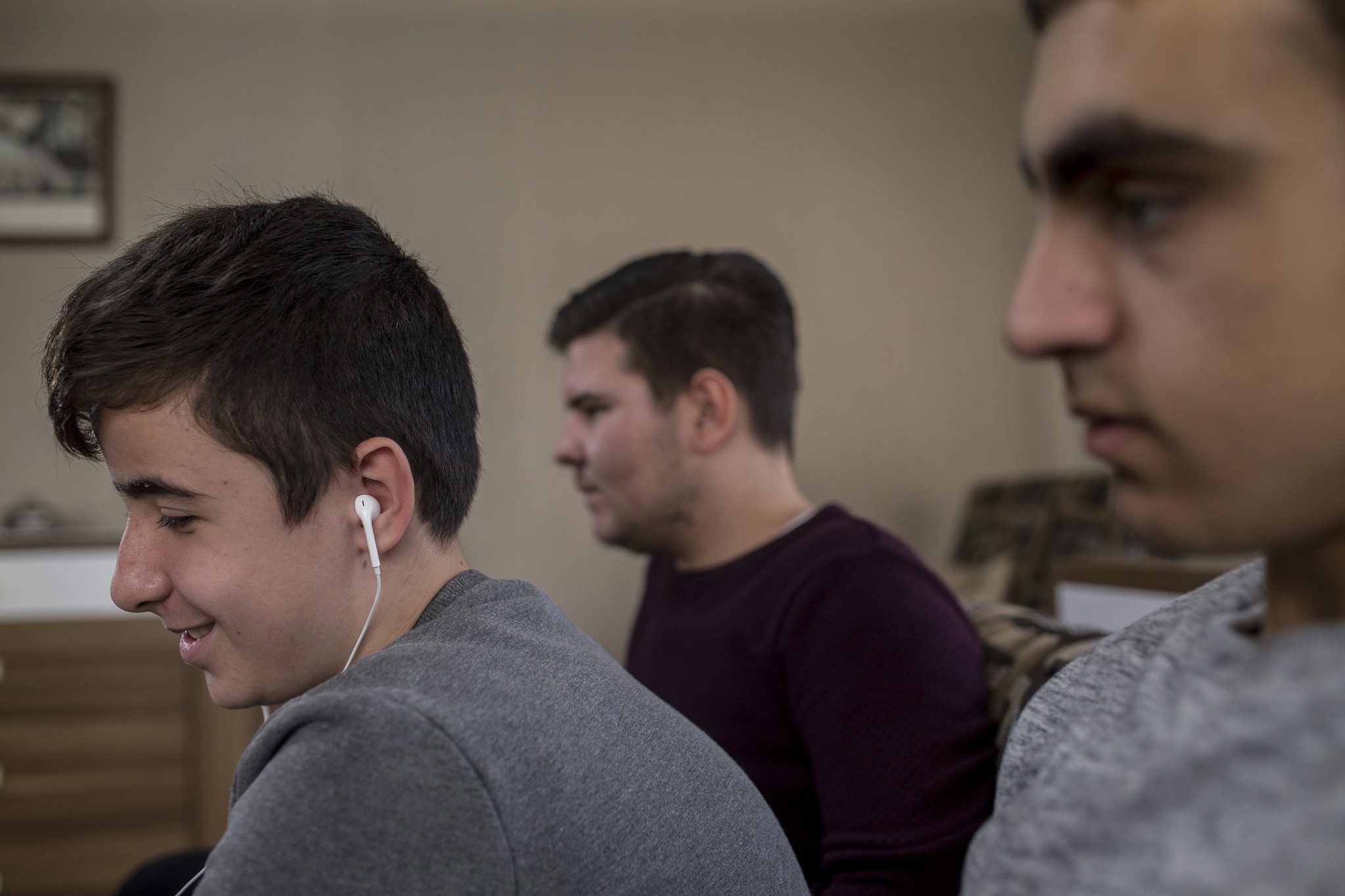 The story of visually impaired high school students, who started their own online radio, inspires people with disabilities and shows that anything if possible is you just belive

Six young people with visual impairments came together to realize their childhood dream. These high school students, three of whom are studying in the Department of Information Technologies, started radio broadcasting through a website called www.goygoyradyo.com.

These young people, who mostly spend time at home in front of a computer because of their disabilities, set up a website by taking advantage of the opportunities technology offers for visually impaired people. These young people who seek entertainment and show their funny side during their broadcasts also offer a musical feast to young people who see and do not see on the website they named "goygoyradyo."

'We always wanted to be radio broadcasters'

Emir Saçu, 15, one of the founders of the website, told Anadolu Agency (AA) that he likes to listen to music and spends time in front of his computer, adding that he closely follows computer technologies as well.

Saçu said he established and designed a website of his own. "It's not easy to set up a website, but it's not that hard either. Since we do not see it, there are problems with visual parts like graphics, but we solve them as well. We always wanted to be radio broadcasters. We listen to our radio idol Zeki Kayahan Coşkun every night," Saçu added. "We decided to start radio broadcasting by listening to him. We wanted to start with online radio."

Recalling that five friends came together and set up the website a month ago and then started broadcasting, Saçu said they wanted to choose a fun word that describes them since they only aim for entertainment. "Sometimes they ask us why we laugh so much. We are funny and good-humored people," he continued. "We should always have a merry perspective toward life. That is why we called it 'goygoy.'" Saçu added that the website broadcasts music 24 hours a day and that it can also be listened to on mobile platforms.

Saçu said that on Sunday between 5:00 p.m. and 7:00 p.m. they broadcast a live entertainment program called "Ortaya Karışık" (A Little Bit of Everything) and that everyone can connect via conference call at home.

'My speech improved, I overcame my shyness'

Noting that they talk about topics that they set in advance, respond to incoming questions and play tracks requested by the audience, Saçu said in the first half of the program they set a topic, stating that one of their friends handles sports and he is into technology, while others choose different subjects. "We play mad libs. We also play requested tracks. We gather what is not in our archive and then broadcast it later. The audience can write to us on our social media accounts," Saçu said, stressing that their radio appeals to two segments and that they do not discriminate between those who see and those with visual impairments. "The number of listeners is gradually increasing. We generally like hip hop and rap music, so we play such tracks. We play more in the pop and rap genre since our audience likes pop music," he noted.

Saçu added that radio enabled him to speak better and that his shyness diminished in the process, highlighting that those who are like him can become involved in such activities and that the lack of sight does not prevent them from realizing their dreams.

'We want to entertain people more'

Visually impaired Burak Çelik, an 11th grader studying in the Department of Information Technologies at the same school, said they had dreamed of being radio broadcasters since elementary school. He said they want to broadcast just like radio programmer Zeki Kayahan Coşkun. "The initial stage was online radio, so we started this way. We realized our childhood dream," Çelik said. "My biggest dream is to chat with Coşkun. I want to learn about his experiences. It would be a great experience for us to do a radio show together. Maybe he will join our program."

Çelik emphasized that they are planning to find more topics and make more programs. "We want to entertain people more. I think we were kind of boring during our first broadcasts, and we were not much fun. This is because of our inexperience. I think we will make more fun and better broadcasts in the future. We will be very happy if they support us," he concluded.

Visually impaired Metin Özkan, who is studying in the same class as Çelik, said that thanks to his friends he became a radio programmer and that he is quite enjoying himself.