Brazen-faced Trump and the decadent America 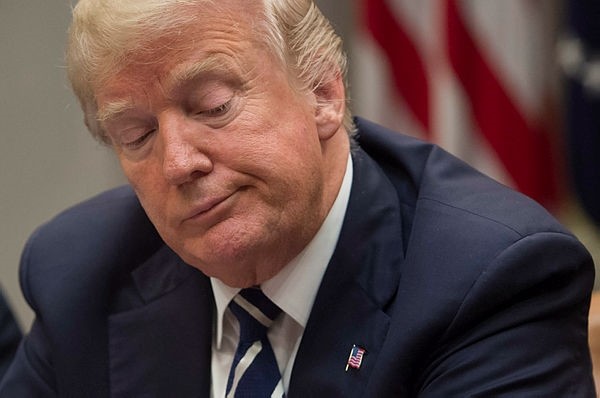 President Trump derided protections for immigrants from 'sh-thole' countries and suggested that the U.S. should instead bring more people from countries such as Norway. Casting such a slur, he positioned the country in a self-exile condition, which actually damages the American people

The "sh-thole" remark that U.S. President Donald Trump used recently points to a very serious deterioration of morality within American foreign policy at the start of 2018. However, this kind of discrimination is neither the beginning nor the end to Trumpian slurs about immigrants. As the granddaughter of two grandparents who left their home country, Turkey, to flee from the religious persecution in the 1980s, there is one thing, including myself, immigrants in the U.S. are certain of: People, making their voyage from around the world and settling in the U.S., are the very people who make up nearly 100 percent of America. Anyone who has studied basic U.S. history in elementary school would have the sense that America is a melting pot, yet, with a paradoxical and conflicting history. Despite the Constitution and Bill of Rights, many black Americans suffered at the hands of white people who claimed to establish "freedom" in the U.S.

Today, we see the Trump administration's reckless and irresponsible statements recoil upon the American people especially at a critical time when anti-American sentiment has reached a climax in much of the world. Donald Trump with his impetuous behavior is not doing a favor to the Western world, let alone the American people.

From the founding of the U.S. to the 21st century, there is one issue that has been constant among the American public, an abominable racist history from the past to the future. The reason racism continues to persist in the U.S. is due to two divided groups in the American public. The first group advocates basic principles of respect, understanding and inclusiveness while the second group bases American superiority on white supremacism rejecting America's current reality of diversity. The Trump administration and its supporters fall into the latter category. Their degrading and pseudo-imperial comments that put the U.S. up and above others like the African nations cannot and should not be tolerated.

The U.S.'s moral compass is debilitating from day-to-day into a phase of isolation. This act of self-exile is more damaging to the American people than to the audiences Trump's slurs actually target. With globalization, advancement in research and education and openness to cultures beyond the West, Africa and other regions will be the future of the world. This is due not only to the embracement of diversity but, it is also about sharing a multilateral vision for trade, economic, political, and military relations in the non-Western world. The kind of "dehumanizing politics" countries like Trump's America exerts demonstrates how alone and sheepish the West has become. This culture of dehumanization and exploitation will pressure other countries besides the West to stand taller, be wiser and bolder. The moral decadence among Western leaders is a dangerous step in the direction toward jeopardizing a culture of respectful dialogue and diplomacy in the international community.